Allianz, Adidas, Deutsche Post, Deutsche Telekom, Siemens and Axel Springer are all keen to accelerate Germany's vaccination program by using their own medical staff, according to German media reports. 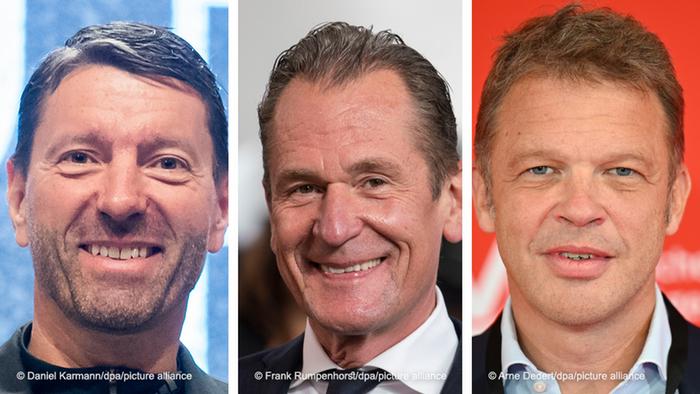 Businesses in Germany have offered to help the federal government with its vaccination campaign, German newspaper Die Welt and other media reported on Friday.

Several large companies and associations are proposing to use their own means to vaccinate employees, as well as families, and even in some cases non-employees, in view of the snail-paced vaccination program in Germany thus far.

"We want to contribute pragmatically to achieving herd immunity in Germany as quickly as possible," the head of Deutsche Bank, Christian Sewing, told Welt.

"We are therefore, in principle, prepared to make it possible for people to be vaccinated, even if they don't work for us."

Vaccinations behind in Germany

Insurance and financial service provider Allianz, sports manufacturer Adidas, Deutsche Post, Deutsche Telekom, Siemens and the media group Axel Springer, of which Welt is a part, also want to contribute to speeding up the national vaccination program, according to the report.

The business community is yet to meet with Chancellor Angela Merkel to discuss the proposal. Welt reported there were a number of unresolved issues, for example, liability and documentation.

The German government has been heavily criticized for the sluggish pace of its vaccine rollout compared to other countries such as Britain and Israel. Health Ministry data shows that so far only 5.5% of the population have received a first vaccine dose.

Welt reported that Allianz is planning to create up to 25 vaccination locations on its premises. CEO Oliver Bäte told the newspaper preparations are already underway and vaccinations can begin as soon as sufficient doses are available and the government gives the green light.

Adidas CEO Kasper Rorsted told Welt that it was also conceivable to support other companies in offering vaccinations to their employees, "provided it is logistically feasible" and sufficient doses are available.

Deutsche Post boss Frank Appel stressed: "We already said at the beginning of the year that if there was sufficient availability we would buy vaccines for our employees and vaccinate them, although our activities can only complement the government's efforts."

The head of Axel Springer, Mathias Döpfner, said that the group had "already put this idea to the politicians weeks ago. Our company doctors could, in line with the planned vaccination sequence, vaccinate both our employees and, prospectively, their family members, provided they live in the same household."

Company doctors could vaccinate at least at least 5 million people against the coronavirus within a month, Anette Wahl-Wachendorf, the vice-president of Germany's association of occupational physicians VDBW, told public broadcaster MDR.

Wahl-Wachendorf said she hoped these medics will be able to dispense jabs alongside family physicians and 400-odd public vaccination centers from April.

German state, federal and public health officials have spent weeks debating if and how to roll out rapid tests for mass use, as other countries have been doing for months. A plan for that has finally taken shape.