Germany starts COVID testing drive in bid to end lockdown | Germany | News and in-depth reporting from Berlin and beyond | DW | 04.03.2021

German state, federal and public health officials have spent weeks debating if and how to roll out rapid tests for mass use, as other countries have been doing for months. A plan for that has finally taken shape. 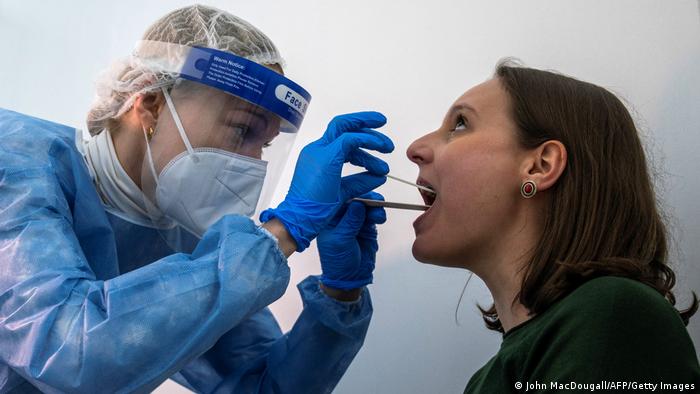 The days of shelling out €25 or even €50 ($30-60) for a rapid test may be numbered. The latest pandemic plan agreed to late Wednesday between Chancellor Angela Merkel and 16 state leaders, puts forward a complex, step-by-step guide to moving Germany out of lockdown. But little can happen without sufficient testing.

The federal government is expected to start picking up the tab for rapid tests starting next week.

Every person in Germany will be entitled to a weekly test, either from a test center, medical practice, or place of work, administered by trained personnel. Schools and day cares are a particular focus, as a means of getting kids and teachers safely and regularly back in the classroom.

Making the grade on rapid tests

On Thursday, German Health Minister Jens Spahn said the government had secured at least 200 million self-tests and 800 million rapid tests, of which 150 million are in stock with suppliers.

Some health officials have advocated for two tests per person, which would mean going through about 160 million tests every week. Yet even the approved plan of half that number could quickly exhaust supplies. Critics say they want to ensure sufficient testing capacity before officials commit to reopening steps — not the other way around.

"Opening schools without rapid tests will drive up the incidence rate," Karl Lauterbach, a Bundestag deputy for the Social Democrats (SPD) and an epidemiologist, wrote on Twitter. "It's good that free tests are coming, but the test strategy for schools and work is unclear because there aren't enough rapid tests. Overall, I am very concerned."

Despite Wednesday's agreement between the federal and state governments, regional authorities are skeptical. Smaller towns and more rural areas could find it difficult to receive and carry out the necessary tests.

"Right now I couldn't tell you how testing at certain centers will work," Oliver Hermann, a mayor who leads the association of municipalities in the state of Brandenburg, told the public broadcaster, rbb. "It'd be good if we could have clear communication and a strategy from early on."

Self-tests: Coming to a store near you

Major grocery and drugstore chains, as well as pharmacies, have said they will soon start selling DIY home testing kits. These are tests that anyone can use, without training.

Prices have not yet been confirmed. Spahn has said he would like them to cost €1. Aldi, a discounter, said a pack of five home tests could cost €25, with customers limited to one pack per purchase. 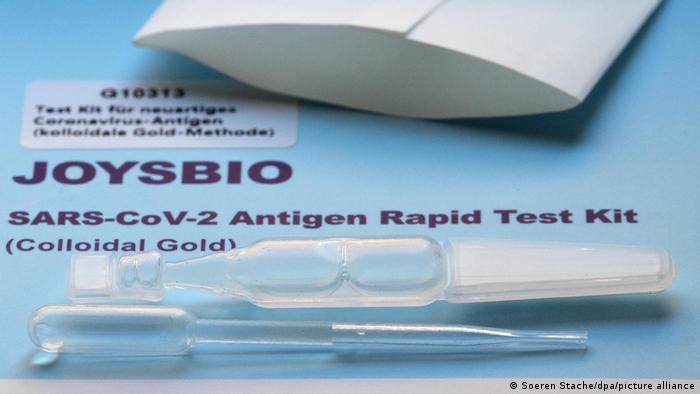 Polymerase chain reaction (PCR) tests, which are highly accurate but require lab processing and take more time to get results, have been reserved largely for people who show symptoms. Rapid tests have been available for essential workers, such as teachers and medical staff. Everyone else has had to organize and pay for their own rapid test, at a doctor's practice or makeshift test center. Some of these have been found to fall short of best practices.

True to their name, rapid tests can provide a reasonably accurate result in less than 30 minutes. But public health authorities have warned they are not a silver bullet and cannot rein in the spread of infection on their own. While a rapid test is about as specific as a PCR test, which makes false positives unlikely, they are less sensitive. That means false negatives are possible, giving people the sense they can go about their lives without fear of spreading the virus. 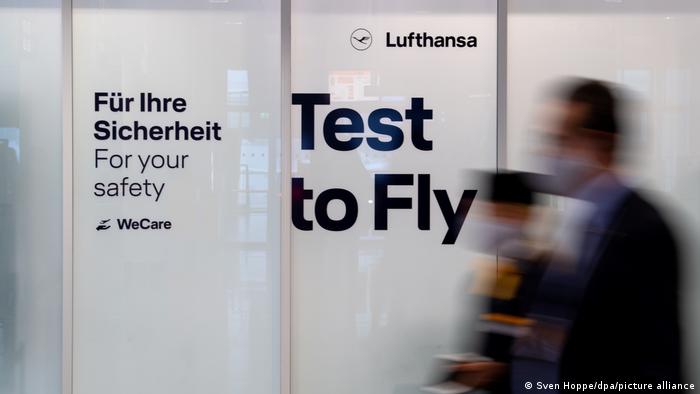 Rapid tests may become the prerequisite to leading a normal life

"A rapid test is not a short-term free pass to take part in public life," Tobias Kurth, the director of the Institute for Public Health at Berlin's Charite hospital, wrote on Twitter in February.

There is so far a lack of standards to regulate rapid tests, whether for home or official use. Germany's Paul Ehrlich Institute, the Federal Institute for Vaccines and Biomedicines, has developed minimum criteria for test manufacturers to follow, but they are guidelines, not requirements. Dozens of such tests are on the market; few have been independently assessed.

That is slowly changing. Last week, Germany's Federal Institute for Drugs and Medical Devices (BfArM) published a list of home tests that have received special approval. Rapid tests will need to meet certain standards before the government pays for them.

Despite the risk of false negatives, officials are optimistic that increased rapid testing will catch more cases, leading to quicker isolation of infected people while allowing noninfected people to go on with their lives. Self-testing means that positive cases are already isolated at home, although, without an official follow-up test, those results will not automatically appear in the country's incidence rate, as public health authorities would not necessarily know about them.

AstraZeneca vaccine OK for over-65's after all, Germany says

German health authorities have approved AstraZeneca's COVID vaccine for people aged 65 and older, going back on its earlier verdict. Initially it had argued it was not effective enough for the elderly.