Coronavirus: Lack of global vaccine strategy has ′immense costs′ | World | Breaking news and perspectives from around the globe | DW | 03.02.2021 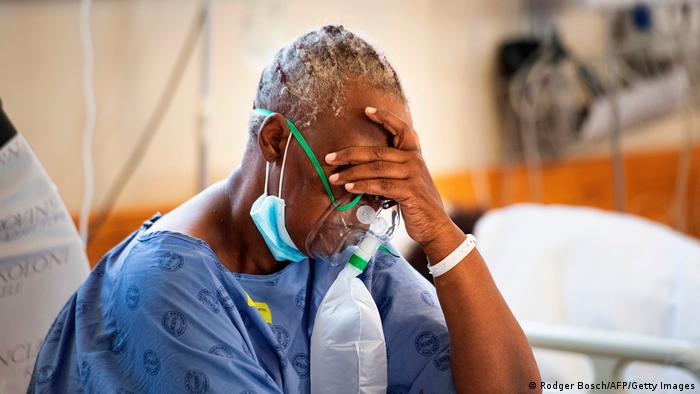 The city of Blantyre in southern Malawi is not ready for a vaccination program against the novel coronavirus just yet. Tankred Stöbe of Doctors Without Borders has only been in the city of 800,000 people for a few days. He is setting up the COVID-19 station in the country's biggest hospital. The 80 beds already set aside for COVID-19 patients are already occupied.

"The first wave passed by here almost unnoticed. There were not many infections and hardly any deaths. Now, it is thought that the mutation from South Africa has arrived and spread quickly in the area," Stöbe told DW by telephone. Infections have risen sharply and the numbers are doubling every four or five days. Doctors in Malawi still do not know if they are dealing with the mutation from South Africa. There are no laboratories in the country capable of conducting the necessary tests. Samples have been sent to South Africa but there has been no word back yet.

No preparations have been made for a vaccination programme in Malawi, according to Stöbe. He said the focus was on treating the most acute cases. "We do not expect any vaccines here for a few months. The best we can hope for is that some arrive in April."

Too little and very late

Practically the whole world is fighting over the relatively few doses of vaccine available right now. So far, three vaccines have been approved in the European Union, those made by BionTech/Pfizer, Moderna and AstraZeneca. Industrialized nations have gotten the lion's share until now. Even there, many inoculation programs have been plagued by problems. Delivery shortfalls and contractual spats have stymied progress and generated widespread mistrust. Manufacturers are under pressure to ramp up production and divert capacities.

The whole process has been marked by what some are now calling "vaccination nationalism." Some countries, like Israel, have been blazing a trail because they put in binding orders for vaccines in advance of their approval. The European Union has been involved in a dispute with the pharmaceuticals company AstraZeneca over its failure to satisfy expectations in Brussels, which has expressed suspicions that the company is diverting deliveries reserved by the EU to the United Kingdom.

So the gloves are off, even though all involved are ostensibly agreed that cooperation is called for, not competition. It would seem obvious that this is a global challenge requiring a global solution. At the World Economic Forum, usually held in the Swiss resort of Davos but moved online because of the pandemic, German Chancellor Angela Merkel declared that "now is the hour of multilateralism." She warned that "mutual isolation would not help us to solve the problems" the world was facing.

That was the thinking behind the "Covax" project, jointly launched in April 2020 by the World Health Organization (WHO), the European Commission and France, to which 190 states have signed up. The aim is to make sure poorer states get their fair share of the vaccines. Nice idea, said Stephan Exo-Kreischer, director of the Germany branch of the development organization One, "but the project is not getting the support it deserves, neither from rich nations nor from the pharmaceutical companies."

The makers of the vaccines have borne the brunt of the criticism in recent days. Nearly all of the first batches went to industrialized nations. "We think it is inappropriate of rich vaccine manufacturers to profit from the pandemic. A different strategy is urgently required," said Dr. Stöbe.

Doctors Without Borders and One are calling on the pharmaceutical giants to suspend patents and share the licenses so that more factories could produce the vaccines. However, the pharmaceuticals industry rejects the idea, arguing that the loss of intellectual property rights would eliminate the incentive for companies to take the risk of investing in vaccine development in future pandemics.

Thomas Cueni, general director of the International Federation of Pharmaceutical Manufacturers & Associations (IFPMA) told DW that there was another important aspect to the debate: "Demands for a release of patent information relating to vaccines would not increase supply by a single dose in the short term because they overlook the complexity of vaccine manufacture and ignore the extent to which vaccine manufacturers and pharmaceutical companies and developing nations already cooperate in order to ramp up vaccination capacities."

Moreover, he explains, "the euphoria over the development of highly effective vaccines has somehow created the impression that once a vaccine has been developed, a billion doses can roll out of the factories at the push of a button. I think we need to be aware of just how complex and difficult vaccine manufacturing is." Exo-Kreischer of One disagrees. He says it would appear that the production of some of the vaccines could actually be outsourced to external companies.

Aside from the latest disputes about licenses and patents, there is reason to be optimistic about the prospects of sharing the vaccine more equitably. Amid the negative headlines, the much-maligned pharmaceutical company AstraZeneca is actually leading the way. So far, it is the only manufacturer of an approved vaccine willing to sell it at cost price and has pledged to deliver several million doses to the Covax project. The company also cooperates with the Serum Institute of India, which has considerable capacities for the production of vaccines. And the cooperation is bearing fruit. On Monday, South Africa took delivery of a million doses of the AstraZeneca vaccine produced in India. 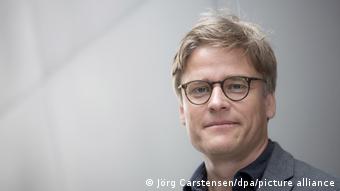 Stephan Exo-Kreischer of One says it is in industrialized nations' own interests to supply COVID-19 vaccines to poorer nations as well. "If we really want to end the pandemic as quickly as possible, we must understand that we are in a race, not with one another, but with the virus. This uncoordinated approach results in the pandemic lasting longer than it normally would if we really tackled it together. It will result in immense costs to the world economy and increases the risk of the virus mutating."

That itself can have far-reaching consequences. Existing vaccines may not be effective against mutations. It is a race against time. A race that has so far passed by Malawi, where there are no vaccination booths and no vaccination schedules. As Dr. Stöbe points out: "It would be vital here for the global solidarity we have been promised for months to take hold. But from what I can see here in Malawi, it is not even on the horizon."

The previously contentious vaccine has shown promising results in a phase III trial. Its efficacy also looks to be high for the coronavirus risk group of people of 60 and over.