Although the current crisis was not triggered by the financial sector, the fallout from a prolonged second wave is a bigger threat to banks than the eurozone debt crisis. The sector is preparing for a spike in bad loans. 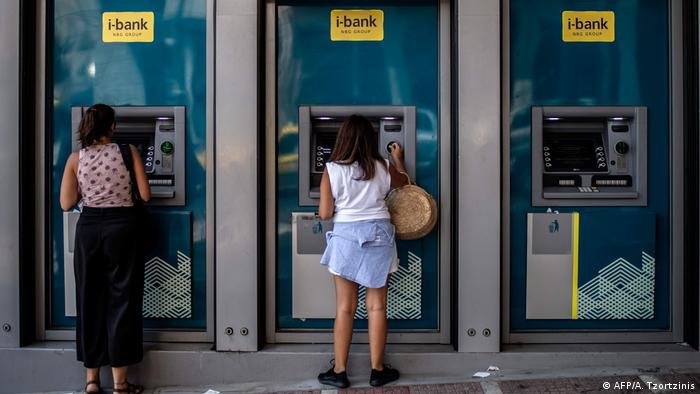 European banks have been urged to scour their balance sheets for bad loans amid growing concerns that write offs across the eurozone could exceed the 2008/09 financial crisis.

Andrea Enria, chair of the European Central Bank's (ECB) supervisory board, told the German business daily Handelsblatt on Monday that a prolonged second wave of the coronavirus pandemic could prompt bad loans to rise to €1.4 trillion ($1.7 trillion).

"It is still too early to rule out this extreme scenario," Enria warned.

In March and April, EU governments introduced unprecedented measures to guarantee loans, subsidize wages and delay debt repayments to help firms survive the health crisis. At the same time, the ECB introduced its own plan relaxing capital requirements to shore up banks' balance sheets and to ensure lending to the wider economy was sustained.

European banks, which have struggled to make decent profits since the 2008/09 financial crisis and the eurozone debt crisis, were also banned from share buybacks and issuing dividend payments until the end of the year. Overall, the ECB's measures freed up €150 billion of capital.

Enria's remarks hint at a policy shift at the central bank. Instead of aiding lenders in preventing a huge wave of corporate bankruptcies, the ECB is now urging them to prioritize viable businesses and focus on their own profitability, especially as an era of negative interest rates has hurt margins.

"The banks should take an honest look at their loan books and check which of their customers will really survive the crisis," he told Handelsblatt, adding that some lenders had not yet fully assessed the risk of a large increase in bad loans.

In June, the ECB carried out a stress test to assess the vulnerability of Europe's lenders and while it said they could withstand the then easing pandemic, it warned that if the situation worsened, "depletion of bank capital would be material." 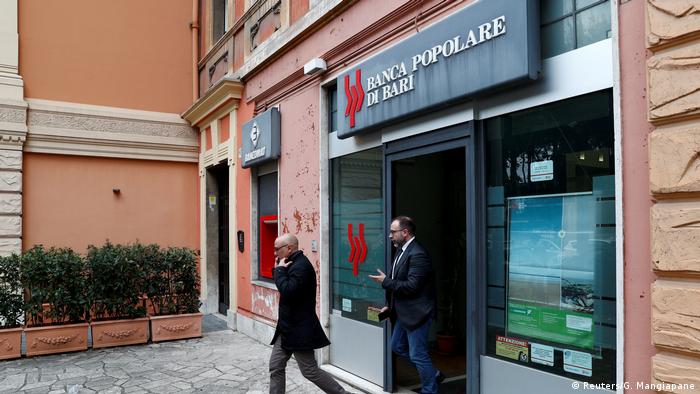 Even before the coronavirus crisis, Italy had bailed out several of its banks

Josefin Mayer, a senior researcher at the Kiel Institute for the World Economy (IfW), told DW that a prolonged second wave will go "hand in hand with more severe drops in GDP" across the eurozone, which could in turn "resemble" the central bank's more severe scenario.

"Europe's corporate sector receives two-thirds of its credit needs in the form of bank loans, versus just a third in the US. So these companies really depend on banks providing liquidity," Mayer warned.

Ratings agency S&P, meanwhile, predicted last week that European corporate default rates would more than double over the next nine months to 8.5% from 3.8%. In the worst-case scenario, where the second wave forces additional lockdowns and delays persist in the rollout of a coronavirus vaccine, it said default rates in Europe could reach 11%.

In a separate report last month, the ratings agency maintained its negative outlooks on European banks. While most stock indices have recovered from the so-called coronavirus crash, Euro Stoxx Banks — a European banking index — is still down 46% from its February high, another sign of a lack of confidence in the sector. S&P also warned that consolidation was now inevitable.

Most analysts agree that a leaner banking sector would stabilize the eurozone's financial system. Mergers and acquisitions would allow lenders to slash costs and diversify income sources and risks. But while consolidation has been talked about for several years, it is only just beginning, thanks to the ECB's easing of rules this summer.

In Spain, the merger of CaixaBank and Bankia last month created the country's biggest lender, with €650 billion in assets and 20 million customers. Italy's Intesa Sanpaolo got shareholder approval this summer to acquire UBI Banca, creating the country's largest bank by assets and the eurozone's second-biggest by market capitalization.

Speculation is growing about a megamerger between Swiss banks UBS and Credit Suisse. In Germany, however, despite government pressure, the country's largest lenders Deutsche Bank and Commerzbank last year ruled out an amalgamation for now.

In his interview with Handelsblatt, Enria called for the removal of obstacles to cross-border mergers, which would allow the creation of European banking giants that are better able to compete with their US counterparts. 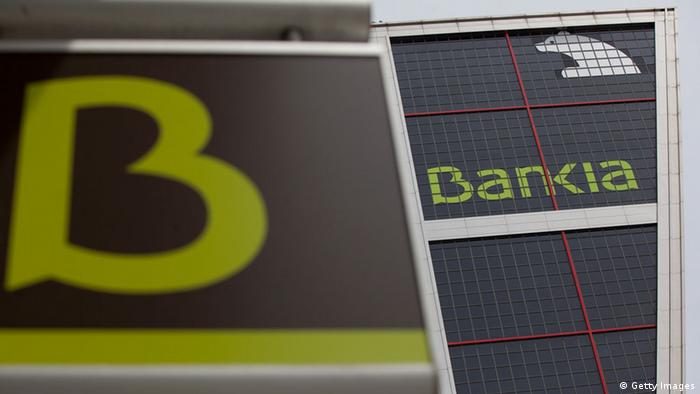 Eight years ago, Spain's Bankia nearly collapsed and was bailed out by the government

Corporate debt is not the only approaching tsunami for European banks. Last month, S&P Global warned of the growing risk of a new sovereign bank "doom loop" — or negative spiral — when a large chunk of a shaky country's government debt is held by fragile domestic banks which the government is then forced to bail out.

The ratings agency said eurozone lenders have bought bonds worth €210 billion in the countries where they operate since the start of the pandemic.

A "doom loop" was at the heart of the eurozone debt crisis and could again pose a contagion risk to the entire currency bloc of 19 nations. For example, a crisis in one country could force eurozone banks to sell that nation's debt, leaving domestic banks unable to cope.

The chancellor's warning comes as Europe reports its highest number of infections since the outbreak began. All 16 German state premiers are set to meet Merkel on Wednesday to discuss new rules to contain the virus.