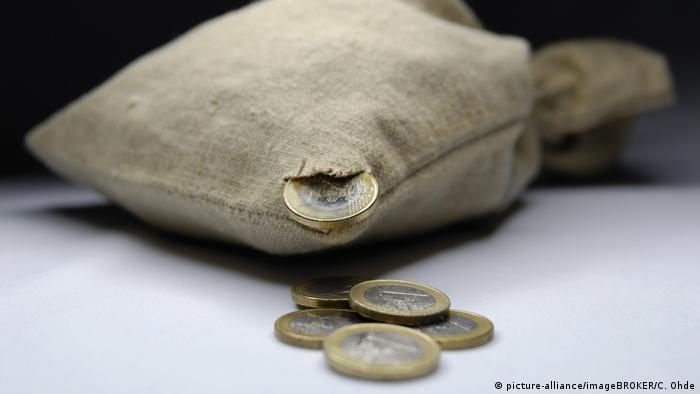 Europeans have not been as thrifty in decades as they have been over the past few months. They are hoarding hundreds of billions of euros in cash and in bank deposits amid growing uncertainty unleashed by the COVID-19 pandemic.

The household savings rate — the percentage of income that households keep in savings rather than consume — in the eurozone is expected to have remained as high as 22% in the third quarter, according to Deutsche Bank estimates released on October 2. That's only marginally lower than the all-time high of 24.6% witnessed in the prior quarter when sweeping lockdowns meant people couldn't go out and spend and ended up stashing away their money.

Bank deposits continue to remain at elevated levels after going through the roof at the height of the pandemic in March and April. In the second quarter, the excess of household deposits for the average of the previous five years was €104 billion ($122 billion). In the third quarter, it's expected to have been €40 billion, Deutsche Bank analysts said.

European consumers have been the backbone of economic growth for years, accounting for more than half the output. Even during economic downturns, they have hardly changed their buying habits. Private consumption saw declines of only up to 2% during the sovereign debt crisis that started in 2009.

In need of a dose of stimulus

The consumers' thrift is denying the European economy a vital dose of stimulus it needs to recover from what is expected to be the worst recession since World War II. Consumers have been reluctant to spend the extra money they accumulated during the lockdowns as employment prospects remain bleak and the virus continues to wreak havoc.

"If that (household consumption) collapses because people just decide to save their money, then that will affect the number of jobs, amount of output in the economy," Andrew Kenningham, chief European economist at Capital Economics, told DW. "It certainly would run counter to efforts by the central banks and the government to get people to get the economy moving."

The European Central Bank is trying to offset consumers' reluctance to spend by maintaining an ultra loose monetary policy. It is also urging governments to keep the money taps open.

While analysts do not expect the savings rate to return to lockdown highs, they fear that much of the "forced" savings would be replaced by precautionary savings as people keep aside funds for a rainy day as uncertainty persists.

The European Commission consumer survey for August showed that over the next 12 months households expect to spend less on major purchases than at the beginning of 2020, despite the high amount of savings they have accumulated. This means that households' tendency to save would remain at higher levels than before the COVID-19 crisis. 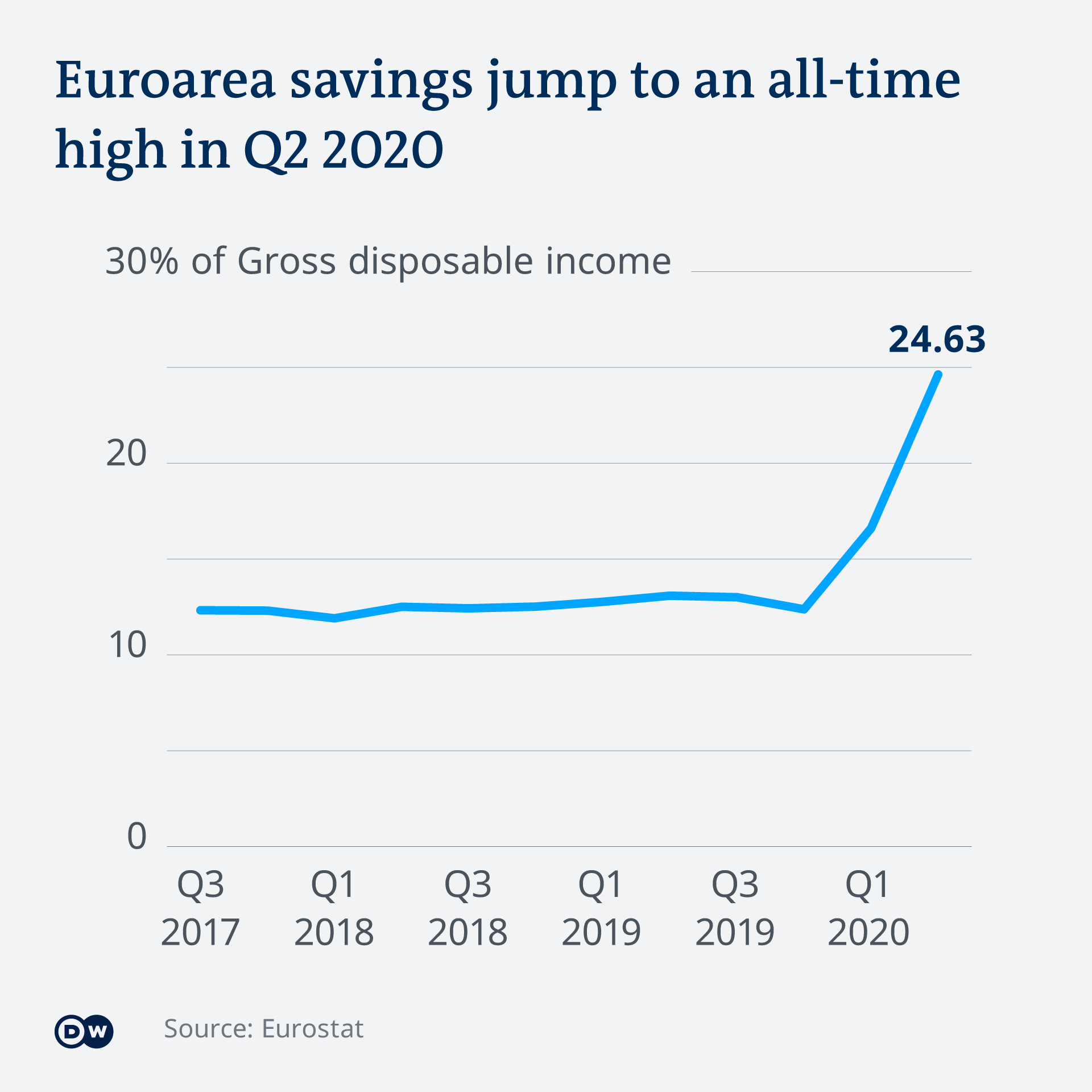 Governments across the bloc have been offering various incentives, including subsidies on electric cars, a reduction in value added tax and one-time payments to families, to boost private consumption. While the incentives coupled with easing restrictions did get people to spend, a second wave of infections threatens to derail the recovery.

A surge in coronavirus cases, especially in France and Spain, which have been clocking more than 10,000 daily cases, has prompted governments to slap fresh restrictions, including on eating out, travel, theaters and other recreational activities, which together account for about 20% of the total household spending in the European Union.

Spanish lender CaixaBank's consumption monitor, which tracks credit card usage at stores, on online platforms and for cash withdrawals, already shows a decrease in consumption in Spain at the beginning of the current quarter as compared to the third quarter.

"They (governments) have this dilemma which we've seen all over Europe between, on the one hand, they want people to go out and spend money and on the other hand, they want them to avoid circumstances where they might spread the virus," Kenningham said. "So, it's very difficult for them to have the foot on the accelerator and the brake at the same time."

Experts say but for the bloc's generous wage subsidy programs, largely modeled on Germany's "kurzarbeit," or short-time work scheme, consumer spending would have been even lower. The unemployment rate in the common currency area has remained stable, hovering around 8% and well below the highs of over 12% during the sovereign debt crisis.

There are fears that the furlough schemes have been artificially propping up the job market and that joblessness could shoot up once these schemes are ended. Forecasts show that the unemployment rate is not expected to peak before 2021.

"Confidence in employment and income is one of the classic drivers of savings. If all the subsidy schemes have done is delayed the unemployment shock, then savings will remain high," Clemente De Lucia, senior European economist at Deutsche Bank, told DW.

Despite the furlough scheme, hundreds of thousands of jobs have been shed in Europe in the past few months, including by the likes of Lufthansa, Airbus and Renault. The worsening of labor market conditions dragged down savings with those out of a job using their savings to pay bills. But the fall was offset by other households that saved money worried about salary cuts or future job prospects in an uncertain market.

"Precautionary saving has come to stay, at least until the uncertainties surrounding the coronavirus dissipate," Javier Garcia Arenas, senior economist at CaixaBank Research, told DW. "At the current juncture, these uncertainties are unusually high, meaning that we will probably have to wait for some time before European households are as spendthrift as just a few months ago."

Until then, expect governments to keep their purse strings loose.