As a result of the COVID-19 pandemic, emerging economies are suffering from an unprecedented slowdown in investment, trade and tourism. Economists fear that many countries will go off the rails. 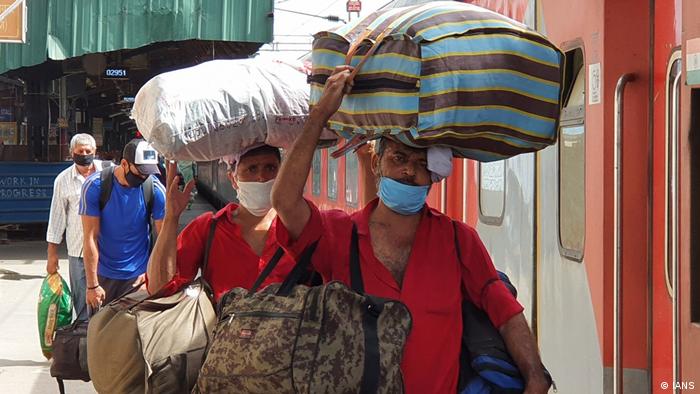 It was even worse than after the collapse of Lehman Brothers in 2008. As the COVID-19 pandemic spread across the globe from Asia, foreign investors turned away from emerging and developing markets almost overnight. In the early phase of the pandemic alone, the International Monetary Fund (IMF) estimates that more than $100 billion (€88 billion) in foreign capital was withdrawn from these countries.

It is "a crisis like no other" with "an uncertain recovery," the IMF described in its updated outlook for the global economy in June. Advanced economies might lose a year or two of economic growth, while developing and emerging countries face a lost decade.

Emphasizing the seriousness of the situation, IMF boss Kristalina Georgieva said never have so many countries asked the IMF for financial assistance at the same time since its founding in 1945. The crisis managers at the IMF fear that a prolonged coronavirus crisis will push the institution to its financial limits.

For its part the World Bank expects economies in emerging markets to decline by 2.5% in 2020. This doesn't look that bad when industrialized countries are expected to go down by 8%. For emerging markets though it is the worst economic downturn since the 1960s.

In the meantime, the flight of capital has slowed down and initial data point to the fact that since June more investments have been flowing into emerging countries than are being withdrawn. But this does not apply to all economies affected by the coronavirus.

In Europe, Russia was hit hard by the pandemic. But analysts at IHS Markit see, above all, difficult times ahead for countries such as Montenegro, Bosnia-Herzegovina, Armenia, Turkey and Croatia. In Montenegro, tourism accounts for over 20% of gross domestic product (GDP). In Turkey, it is more than 12%. Like many other emerging economies, Turkey is also heavily dependent on foreign investment.

Worldwide, countries like the Philippines where tourism accounts for 25% of GDP and Thailand where the sector's contribution is around 22%, have been hit hard. Even the huge economies of China and India, which do not depend on tourism as much, have been severely affected by international travel restrictions.

Former stars among emerging economies such as Brazil and South Africa, which as members of the so-called BRICS countries have been in the financial spotlight for many years, were already suffering economically before the corona crisis. The fact that the COVID-19 pandemic is raging there is just exacerbating the situation.

So far, the pandemic has claimed fewer lives in the poorer countries of Southeast Asia, Latin America and Africa than in the heavily affected industrialized countries. However, Raghuram Rajan, a former IMF chief economist, says the economic damage will be considerably higher for poorer countries. 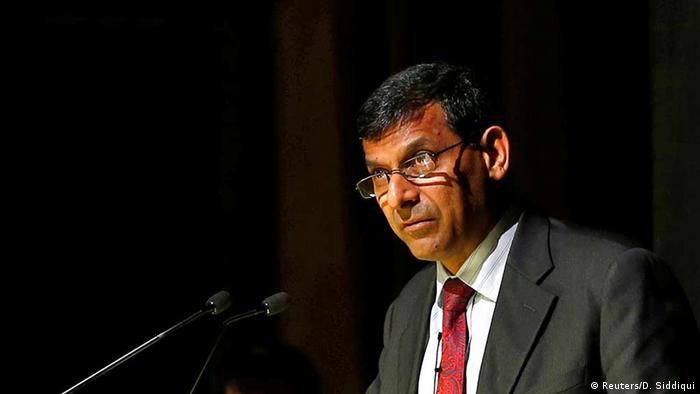 Rajan, who now teaches at the University of Chicago, is especially worried about the high level of debt companies in emerging economies have amassed. Many of these countries' currencies have already lost significant value against the dollar and euro. That means companies that have their debt in euros or dollars must raise more and more money in their local currency to service their loans.

International trade in goods, foreign direct investment and tourism have been slumping for months. For many emerging economies severely affected by the pandemic, this can hardly be compensated for, wrote Rajan in an article in the Financial Times in early July.

They hardly have the means to stabilize their economy through billion-dollar stimulus packages for consumers and companies. In addition, in many emerging countries there is hardly anything close to a nationwide health care system that can respond to a major coronavirus outbreak.

"The longer this persists — and rising infections suggest that worse is still to come — the more that even viable, large domestic corporations will have to borrow to stay afloat. If lenders do not write down corporate loans, many of these over-indebted firms will then be unable to finance their recoveries when demand improves. Yet lenders may also lack the capital to absorb accumulating loan losses," according to Rajan.

Slow before the pandemic

The coronavirus crisis is impacting many emerging markets in an already difficult phase. Long before the pandemic, the economists at the London-based think tank Capital Economics were certain "The golden age of the emerging markets is over."

And sooner or later China will have to prepare for growth rates of around 2% a year. For the emerging economies, the period since the turn of the millennium was a period of unusually high growth which can no longer be achieved in the foreseeable future.

"We expect EM [emerging market] GDP growth to ease from an average of 5.5% in the 2000s and 2010s to around 3.5% in 2020-2040. Growth will still be faster than that in the developed world. But incomes will converge more slowly than previously," the economists said. 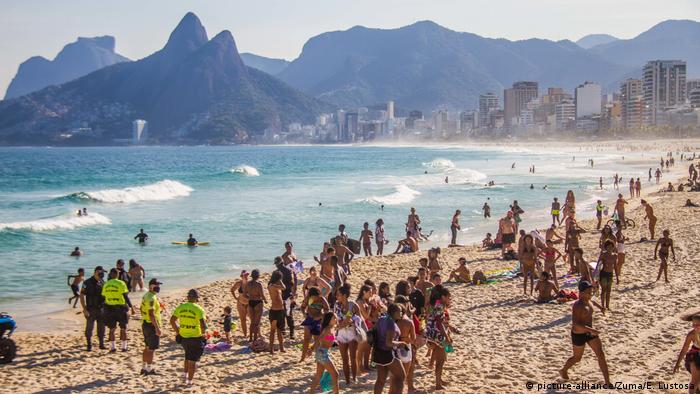 The situation in Latin America

Latin American countries such as Chile, Guatemala, Mexico, Paraguay, Peru and Panama have managed to place bonds on the international financial markets even after the pandemic broke out in the spring. "Some of the issues achieved relatively good interest rates," ​​explained economist Jose Antonio Ocampo in an analysis for the Washington-based Brookings Institution think tank.

The economist, who is a development consultant to the United Nations and teaches at the Columbia University in New York, expects that hard-hit countries in Latin America will need to defer payments under the supervision of the World Bank or regional development banks in order to better deal with the consequences of the pandemic

But the situation is much more serious for heavily indebted countries such as Argentina and Ecuador. Even before the crisis they needed more than just deferring payment of their public debt.

According to Raghuram Rajan, international investors will have to waive part of their claims against poor and emerging countries. Simply out of self-interest "the world's more industrialized countries need to avoid beggaring the rest. What happens elsewhere will not stay there," he warned. The threat of mass unemployment in poorer countries will lead to mass emigration and ultimately, more protectionism in industrialized countries, triggering "endless flotillas and caravans of the desperate," said Rajan. "Sharing growth is in everyone's interest."

Donohoe will seek to help guide the eurozone through what is predicted to be the bloc's deepest recession in almost a century. As the pandemic ravages economies worldwide, he has vowed to promote sustainable growth. (09.07.2020)

The German chancellor met with a member of the "frugal four" to discuss the financial aspects of the EU recovery package. They talked about loans versus grants and how to better get the EU out of the economic downturn. (09.07.2020)

World Bank Group President David Malpass warns that developing countries in particular are facing a large pile of debt as they struggle to leave the coronavirus crisis and recession behind.