Coronavirus digest: Long COVID can persist for more than a year, study reveals

Patients who had been hospitalized for coronavirus reported symptoms more than a year later, according to a new study. Meanwhile, New Zealand has extended a nationwide lockdown. Follow DW for more. 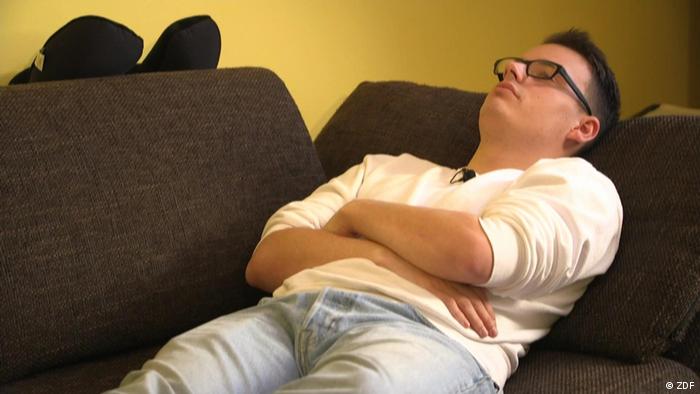 One of the largest studies yet on long COVID found that some patients remained afflicted with either fatigue or shortness of breath more than a year after being hospitalized with the coronavirus. The Chinese study was published in the British medical journal The Lancet on Friday.

The study found that half of the patients still showed one symptom or another, most commonly fatigue or muscle weakness, a year on.

One in three patients reported shortness of breath more than 12 months later, and that number went up among people who had fallen severely ill because of the virus.

Additionally, women were 43% more likely than men to suffer from the symptoms, and twice as likely to be diagnosed with anxiety or depression, according to the study.

The Lancet also published an editorial along with the study. It said that with no proven treatments or even rehabilitation guidance "long COVID affected people's ability to resume normal life and their capacity to work."

The medical journal added that full recovery for patients afflicted with long COVID took more than a year. Researchers followed nearly 1,300 people who were hospitalized with COVID between January and May 2020 in the Chinese city of Wuhan, where the first case of the disease was detected.

The US is set to record nearly 100,000 more COVID deaths by December 1, according to projections by researchers at the University of Washington. But experts said the number could be cut in half if everyone wore masks in public spaces.

The southeastern US state of Kentucky has registered record highs in COVID infections and hospitalizations, the governor said. Some 2,500 patients were hospitalized on Thursday, with more than 500 in intensive care. It also recorded 5,401 new cases on Thursday, its second-highest daily total of infections.

The White House announced that the US was shipping two more million doses of COVID vaccines to Algeria, Ghana and Yemen. All the shipments are being made through the Covax vaccine program. Africa is currently battling a third wave of coronavirus infections, and less than 2% of people across the continent have been fully vaccinated.

With German doctors reporting they had to throw away vaccines after they expired, Merkel told African leaders at a Berlin summit she wanted to help fight this "terrible injustice."

Merkel: Low availability of vaccines in Africa 'a terrible injustice'

While less than 60% of Germans are now vaccinated out of their own choice, Africa is crying out for jabs with only 2% of the population inoculated so far. "It is a matter of life and death," said South African President Cyril Ramphosa.

Also, Germany will remove the whole of Spain from its high-risk list from Sunday.

The Robert Koch Institute for infectious diseases (RKI) said the decision means that even the popular holiday island of Mallorca is no longer an at-risk area.

Last week, RKI had removed several other parts of Spain from its list.

The decision means that holidaymakers returning from the Spanish mainland and islands will no longer have to quarantine.

Those returning from high-risk areas have to self-isolate for 10 days.

Denmark said it will lift all COVID-related restrictions in the country by September 10 as the virus no longer posed "a threat to society" due to the nation's broad vaccination coverage. About 80% of the Danish population over the age of 12 are fully inoculated against the coronavirus.

The lifting of the rules means Danes will no longer have to show a "coronavirus passport" to visit restaurants, cinemas or public events, among other places. Masks have not been mandatory on public transport since August 14.

Russia has approved its fifth COVID vaccine, EpiVacCorona-N, Interfax news agency reported on Thursday evening. The news came the same day the country registered a new record number of COVID deaths, with 820 in a single day.

New Zealand extended a nationwide lockdown through Tuesday, Prime Minister Jacinda Adern announced on Friday. She added that the lockdown would continue in Auckland, the epicenter of the outbreak, for at least two more weeks. Health authorities reported another 70 cases on Friday.

Ardern: 'We've seen the dire consequences of taking too long to act in other countries'

Australia's second-most populous city Sydney reported a  slight fall in cases on Friday, but numbers still hover near record levels as Australian Cabinet officials look to discuss reopening plans later in the day. New South Wales recorded 882 cases, most of them in capital Sydney, down from the record 1,029 on Thursday.

Myanmar will vaccinate the minority Rohingya people against COVID in Rakhine state, a spokesman for its ruling military council said on Friday. He added that the minority were "our people as well" and that the vaccination program would "not leave anyone behind." COVID cases began rising in Myanmar when the third wave struck this July. The official death count from COVID is 14,499.

India has asked the states of Kerala and Maharashtra to consider night curfews in areas with high infection rates. The move comes after India reported a spike in cases in the last three days, mainly driven by a festival gathering in the southern state of Kerala. Health officials recorded 44,658 new infections and 496 deaths on Friday.

The pandemic's impact on mental health will be felt for a long time to come, according to a new WHO report. The agency said these issues should be addressed as openly as social and economic recovery.