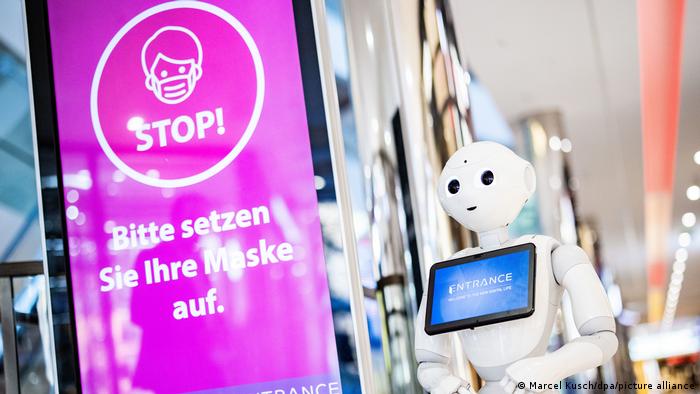 Germany passed 1 million cases of coronavirus since the pandemic began, according to figures compiled by the US Johns Hopkins University.

The grim milestone was passed after German health authorities recorded 22,268 new cases on Thursday, and 389 deaths. Overall, 15,160 people have died.

Germany has extended its partial lockdown into December. Chancellor Angela Merkel has defended the extension of the partial lockdown in a speech to lawmakers. She said the current measures had enjoyed some success, but more was needed to avoid the health system being overwhelmed.

Americans awoke on Thursday to celebrate a Thanksgiving Day like no other, with families urged to avoid gatherings to prevent spreading the coronavirus that has killed more than 260,000 US citizens.

The world's largest parade, Macy's Thanksgiving Day Parade in New York City, a mainstay of the festivities, has been scaled down this year, with the millions who typically attend staying home and the procession lasting for one block, rather than two miles (3.2 kilometers).

Many families are left resigned to online meetings as they tuck in to their Thanksgiving turkey dinners.

But the TSA reported more than 6 million airline passengers passed through US airports between Friday and Wednesday, making it the busiest weekend since mid-March. Medical experts have expressed fears that the holiday season will cause more surges in infections.

The US hit a new daily hospitalization record, with almost 90,000 people currently being treated for COVID-19. It is the 16th day in a row that the hospitalized figure is a new record and Michael Osterholm, the director of the Center for Infectious Disease Research and Policy at the University of Minnesota, told CNN: "I worry that the Thanksgiving Day surge will then just add into what will become the Christmas surge, which will then make this one seem as if it wasn't so bad."

Sweden's Prince Carl Philip and his wife Princess Sofia are self-isolating after contracting COVID-19, the royal palace has said.

Carl Philip, the 41-year-old son of King Carl XVI Gustaf and Queen Silvia, and Sofia, 35, "have light flu symptoms" and are recuperating at home with their two young children, the palace said in a statement.

Hungary has no immediate plan to introduce more restrictions, Prime Minister Viktor Orban's chief of staff has said, even though health officials are reporting a steady increase in both cases and deaths. But the government's Gergely Gulyas did say the situation would be reviewed again next week.

South Korea has recorded more than 500 new infections of COVID-19 for the first time in almost eight months.

The Korea Disease Control and Prevention Agency said the 583 additional cases in the past 24 hours took the national tally to 32,318, with 515 fatalities.

South Korea has been experiencing a spike in cases since it relaxed strict social distancing rules last month. To deal with the latest resurgence, the country on Tuesday reimposed tough distancing guidelines in the capital, Seoul, as well as other parts of the country.

The Philippines is set to purchase 2.2 million doses of a vaccine from pharmaceutical firm AstraZeneca, the head of the country's coronavirus vaccination program has said.

Sadiq al-Mahdi, Sudan's last democratically elected prime minister and leader of the country's largest political party, has died due to the coronavirus in a hospital in the United Arab Emirates, his party said.

Al-Mahdi, 84, was taken to Abu Dhabi for treatment in early November. His body was expected to arrive in Sudan for burial Friday morning, the National Ummah Party said.

For many years, the Cape Verde Islands profited from investments in tourism. But now — because of the coronavirus spread — tourists are staying away, hurting the local economy. Jochen Faget reports from Boa Vista.