For many years, the Cape Verde Islands profited from investments in tourism. But now — because of the coronavirus spread — tourists are staying away, hurting the local economy. Jochen Faget reports from Boa Vista. 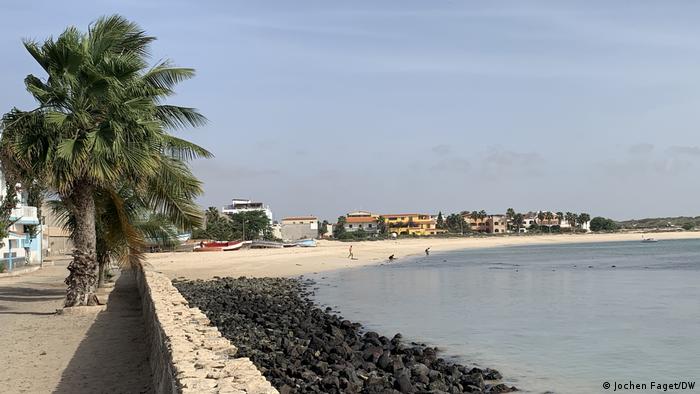 "I worked in the Iberostar hotel for almost four years, but now I'm jobless," Dina Brito told DW. "I'll be getting unemployment benefits for five more months, but after that I won't know how to feed my kids," the desperate women added.

Tourists are now few and far between in the whole of Cape Verde as COVID-19 spreads, meaning that jobs are also rare on the island of Boa Vista, which almost exclusively lives off the hospitality sector. Hundreds of hotel employees are on short-term work or have been laid off. Restaurants are empty and cab drivers don't have any clients. 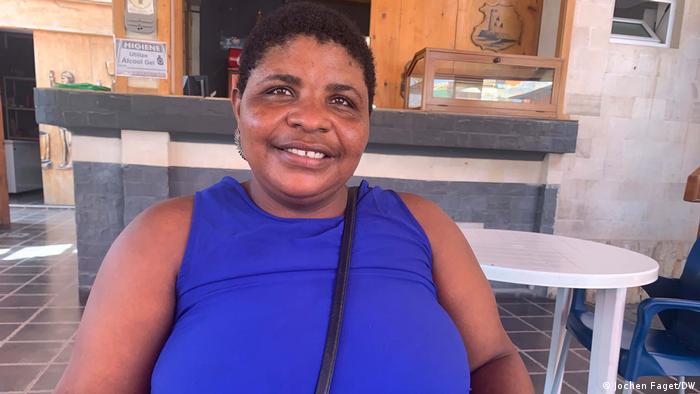 The Cape Verde Islands are in the Atlantic Ocean about 600 kilometers (373 miles) away from Senegal on Africa's western coast. The independent island nation has been especially hit hard by the pandemic. In 2019, there were some 820,000 registered tourists, but there's been a drastic drop since then.

In the summer of this year, authorities imposed a strict entry ban that was only lifted in October, but many hotels on the altogether 10 islands are still closed. Tourism, which accounts for a quarter of the nation's gross domestic product (GDP), has come to a standstill.

"After starting our business, we had a very successful eight months until COVID hit us," Belgian Kevin Sanders told DW. He and his wife Laura Smith run a seaside boardinghouse on Boa Vista. "Since then, our five guest rooms have been empty and we haven't earned a single cent." 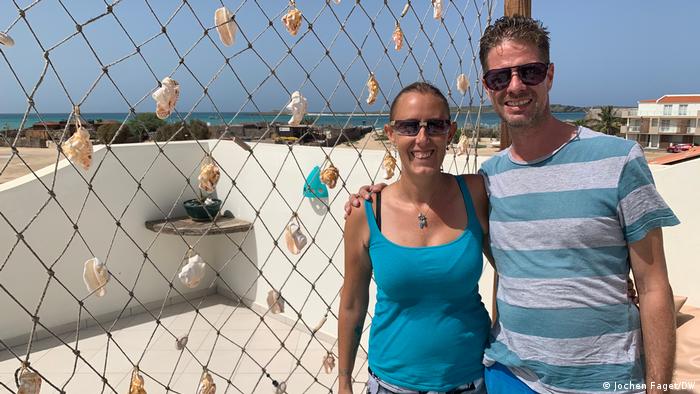 He added they were still falling back on their savings put aside in Europe, but said most locals were left with nothing. Without any visitors, restaurants were not buying the catch from fishermen, no one was booking a tour at the small local travel agencies and shop owners and marketers didn't have customers, he pointed out. In short, the economy was in tatters, the couple noted.

"Now our catch usually goes to family members and friends as a gift, because they need to eat something too, don't they?" fisherman Janilton told DW as he fixed his small boat on the beach.

Economics professor Jose Lopes da Veiga told DW the Cape Verdean economy would be hit hard by all the tourists staying away. Forecasts see GDP shrink by 4-8%, but it could be even worse as the shadow economy on Cape Verde accounts for 12.5% of overall output without taxes being paid.

"We have to adopt measures to get the economy going again, but we can only do this with aid from abroad," da Veiga said. 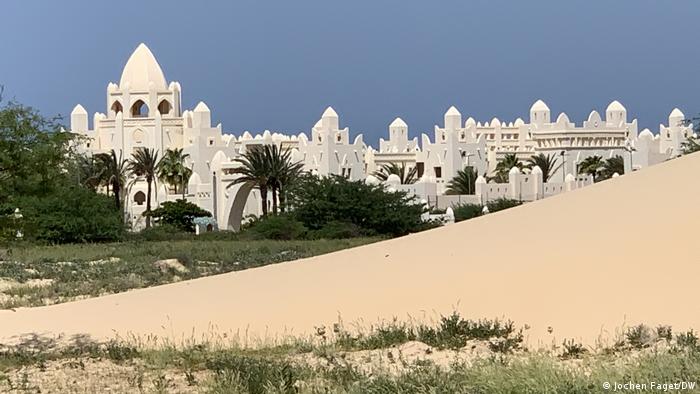 One of three new all-inclusive hotels on Boa Vista

The pandemic has shown that the nation's official policy to invest mainly and massively in tourism was probably a mistake. Cape Verde, which only gained independence from Portugal in 1975, decided to expand its mass tourism sector and wanted to turn two islands into holiday paradise locations, featuring direct flights from Europe and all-inclusive packages. This has led to agriculture and other sectors being neglected.

"Our economy must not rely solely on tourism; we also have to boost fishery for instance," economic adviser Carlitos Fortes from Banco Caboverdiano de Negocios told DW.

Cape Verdian Tourism Minister Carlos Santos conceded that the pandemic would keep taking a heavy toll on the economy in the years ahead. "We will only reach 2019-level tourist numbers again in 2023, and that's worrying us a lot." That's understandable — all the more so since officials in his ministry had originally dreamed of reaching a milestone this year by registering more than a million tourists.

The current decline has ripped a huge hole in the island nation's already small coffers. Economic expert Carlitos Fortes expects the impact to be drastic. "If tourism does not recover anytime soon, we'll be confronted with massive economic and social problems." 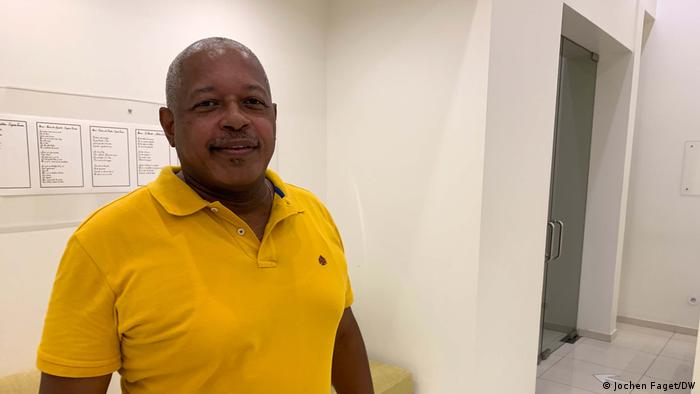 Boa Vista Hotel employee Maisa Ribeiro is at a loss over how to make ends meet. She's on a short-term work contract that earns her €200 a month.

"Life on Boa Vista is very expensive," the mother of two children told DW. "That's not enough to survive."

She said many of her colleagues had already gone back to the islands where they came from. Ribeiro hails from Santiago Island (Cape Verde). Maybe she'd leave for home, too, she said, emphasizing that back at home she would at least have the support of her family.