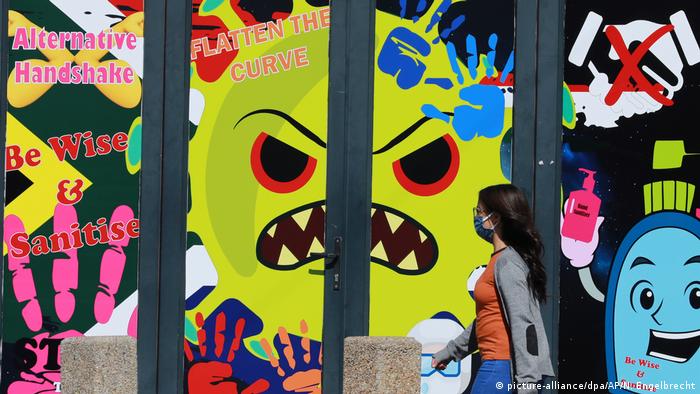 Many Germans have fond memories of Cape Town's football stadium. It was here that the German national team defeated Argentina 4-0 in the quarterfinals of the 2010 World Cup. Since then, the stadium has remained largely unused, a white elephant. And now it is a place of goodbyes.

The city has chosen the stadium as a meeting point for tourists who are being flown out by their governments because of the coronavirus crisis. Since the end of March, South Africa has imposed one of the strictest curfews in the world. Jogging and walking are prohibited, as well as the sale of alcohol and cigarettes. All tourism activities have been stopped, only a few hotels still accommodate stranded tourists. The borders have been closed and scheduled flights have been suspended.

'Hopefully, people will come back'

After much back and forth, the South African government has now allowed other nations to fly out their citizens. In recent weeks, long queues have formed almost daily around the stadium in Cape Town. Here the travelers are first tested for symptoms, and the police check identity cards. Only then do they travel in buses to the airport and on to the United Kingdom, America, Netherlands and Germany. 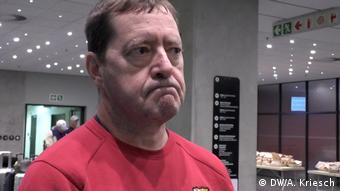 Colin Deiner, head of the Civil Protection Department in Western Cape, controls operations at the stadium

"We really hope that people remember what it was like here before — and come back again," says Colin Deiner as the airport shuttle buses get ready behind him. The head of the Civil Protection Department in the Western Cape region has experienced many natural disasters — but until now not a pandemic.

Tourists and travelers brought COVID-19 into South Africa and spread the virus. Stories quickly spread and different reported cases fueled anger among the population, such as an infected Dutchman who visited several wineries with a travel group in a few days, or a German travel group on a round trip through several regions — which included a tourist who tested positive only at the end of the trip.

Germany has launched the largest repatriation operation for its nationals stranded abroad. The German government has chartered a total of 19 aircraft carrying around 5,000 tourists from South Africa, with South African Airways. It's possibly a last financial injection for the highly indebted state airline, which is on the verge of bankruptcy. 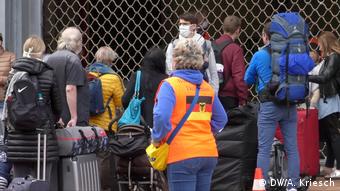 "Every day, more companies are going under," Sisa Ntshona, the head of South African Tourism, the government's marketing organization. "It's like a competition to see who can hold their breath the longest. But you don't know how long you have to hold your breath — and some just run out of steam and fall by the wayside," he told DW.

In recent years the important mining sector has increasingly faltered, and President Cyril Ramaphosa has put his hopes on tourism as a growth sector. Some 10.5 million tourists came to South Africa last year. The goal was to double this number by 2030, but that is now becoming a distant prospect.

Six to 18 months in a holding pattern

Sisa Ntshona cannot yet predict exactly how things will continue. "But the upswing will be initially driven by domestic travel," and then by regional tourism from neighboring countries. Tourists from Europe, Asia and America, who account for a large part of tourism revenues, will presumably only be allowed to return later. This could take six to 18 months.

The government is putting together several aid packages, especially to help small businesses. The Ministry of Tourism is offering one-off grants — 50,000 rand per company, about €2,500 ($2,646). A total of 200 million rand has been set aside for this purpose, meaning a maximum of 4,000 companies will be able to benefit. 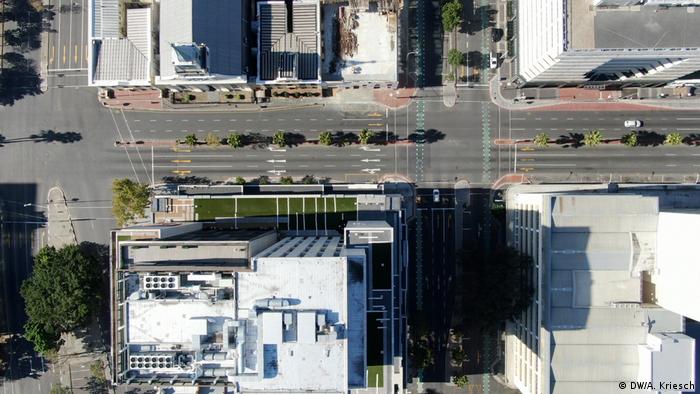 In Cape Town, the streets are empty because of the curfew

"But how many freelance tourist guides are officially registered and can do this?" asks Mike Zuma. For 10 years he has been showing tourists from all over the world Cape Town and its township, Langa, where he also works in a restaurant. Both jobs are gone now.

"If I say the situation is catastrophic, that would be an understatement," says Zuma. In the townships, food is becoming scarce for many — shops have already seen a rise in the number of robberies. In Langa, a liquor store was looted.

Mike Zuma is nevertheless optimistic about the future. When the curfew is over, he first wants to find another job. Maybe in a call center. The main tourist season is over now anyway — and when summer comes back at the end of the year, he says, then hopefully a few tourists will too.