Germany has warned the British variant spreading through Europe is more dangerous. Meanwhile, Hong Kong has suspended administering the BioNTech-Pfizer vaccine over a packaging issue. Follow DW for the latest. 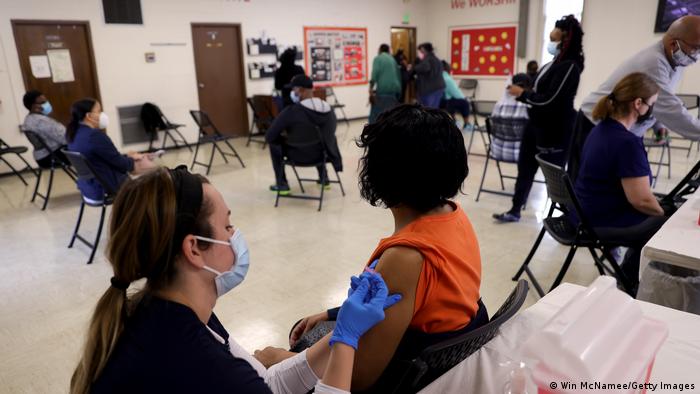 German Chancellor Angela Merkel has warned lawmakers that the British COVID variant spreading through Germany is more dangerous for young people and children.

"The British mutation ... is proven to be more dangerous in children and young people so we need to put the protection of schools more front and center than with the original virus," she told lawmakers.

Merkel also reversed a plan on Wednesday for an extended Easter holiday shutdown to try to stem a third wave of the coronavirus pandemic after it triggered a fierce backlash.

"The idea of an Easter shutdown was drafted with the best of intentions. We urgently need to stop and reverse the third wave of the pandemic," Merkel said, apologizing for hastily-made plans.

"It was a mistake," Merkel said, adding: "Because at the end of the day, I carry the last responsibility."

Merkel said that on closer analysis, the planned shutdown risked doing more harm than good. She also said there was not enough time to adequately offset some of the problems that would come with it, such as lost earnings and working hours.

The German government then agreed to borrow a total of €240.2 billion ($284 billion) in 2021, a third more than initially planned, to weather the economic blow of the pandemic. The adjusted budget still has to be approved by parliament.

The European Union on Wednesday increased control over exportsof COVID vaccines outside of the bloc, as supply difficulties continue to hamper vaccination efforts.

EU trade chief Valdis Dombrovskis told a news conference that vaccine export licenses will be granted based on the epidemiological situation, the vaccination rate and access to vaccines in the destination country.

Vienna and regions in eastern Austria will be locked down in the coming weeks, with many businesses to be shut down over the Easter holidays.

Health Minister Rudolf Anschober said the shutdown was needed to stop
numbers from rising. The region currently has a seven-day incidence rate of 300 cases per 100,000.

Belgium is imposing a new lockdown as part of efforts to counter a third wave of the coronavirus.

The country will close schools, non-food stores and hairdressers for four weeks from Saturday.

Prime Minister Alexander De Croo said the British variant of the virus had become dominant in Belgium and led to a doubling of COVID-19 patients in hospitals.

Authorities in Italy have uncovered some 29 million doses of AstraZeneca COVID-19 vaccines "hidden" at a US Catalent factory in Anagni, near Rome. The discovery was made over the weekend, a French official has said, adding that checks are still needed to assess whether they were export-bound.

Italian newspaper La Stampa reported that the doses were found in an inspection by Italian authorities after a request from the European Commission.

An Italian official confirmed the inspection and said the doses were to be sent to Belgium.

More people in France should work from home to stem the spread of the coronavirus, the government said on Wednesday, adding authorities would strengthen checks and sanctions on companies not doing enough in this area.

French Culture Minister Roselyne Bachelot, meanwhile, has been hospitalized after testing positive for coronavirus, local media reported on Wednesday. The employment minister, Elizabeth Borne, is also treated in the hospital for the disease. 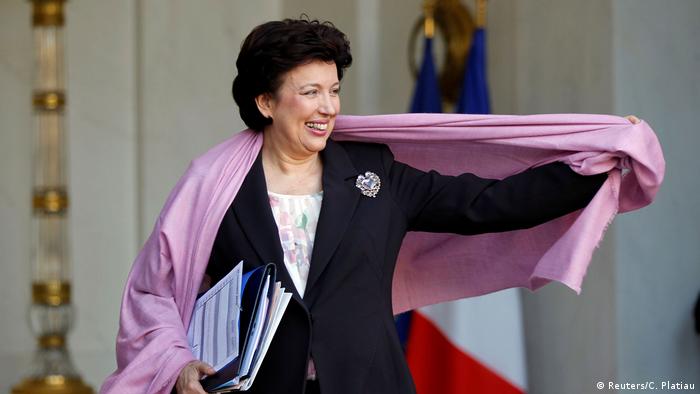 According to media reports, Jean-Francois Timsit, head of the intensive care unit (ICU) at a Paris hospital, warned that the coming month would be "infernal" for the French hospital system.

Poland is also set to announce new restrictions from Thursday as infections rise again. Prime Minister Mateusz Morawiecki has provided no further information on what the new curbs might be.

Germany's Robert Koch Institute for infectious diseases has registered 15,813 new cases within 24 hours. This is an increase of 2,387 from the same time the previous week.

The United States will have 600 million doses of coronavirus vaccine available by the end of May, enough for every US citizen, President Joe Biden has announced.

Getting vaccinated is a "patriotic responsibility," Biden said during a visit to a cancer center in the US state of Ohio.

The government has ordered a total of 600 million doses from the Moderna  and the BioNTech-Pfizer companies, allowing for 300 million people to be fully vaccinated.

In addition, the US government has secured another 200 million doses of the Johnson & Johnson-developed single-dose shot.

More than 45.5 million people have already been fully vaccinated across the country, according to government data. Roughly 260 million are believed to eligible to get vaccinated in the US.

Hong Kong and Macau have suspendedthe use of the BioNTech-Pfizer's coronavirus vaccine after being informed of defective packaging with a batch of vials.

The race to vaccinate nations against COVID is well under way

BioNTech and Fosun Pharma, the Chinese company that is distributing the Pfizer/BioNTech vaccine in China, have launched an investigation. The firms have requested the suspension until their investigations have been completed.

The Hong Kong government has stressed that the suspension is a preventative measure.

India has detected a "new double mutant variant" as researchers were analyzing samples of "variants of concern" (VOCs), including those first recorded in Britain and Brazil, the health ministry said on Wednesday.

"Though VOCs and a new double mutant variant have been found in India, these have not been detected in numbers sufficient to either establish a direct relationship or explain the rapid increase in cases in some states," the ministry said in a statement.

India also announced it would suspend exports of the Covishield vaccine produced by the Serum Institute of India to meet domestic demand as infections rise.

The temporary move will affect supplies to the GAVI/WHO-backed COVAX vaccine-sharing facility.

An EU commissioner has said Europe could reach COVID-19 herd immunity by July. The optimistic note comes as several European countries are experiencing surges in infections and new lockdowns. Follow DW for the latest.