Coronavirus and the Bundesliga: A chance for a rethink in German football? | Sports | German football and major international sports news | DW | 06.04.2020

Coronavirus and the Bundesliga: A chance for a rethink in German football? German football remains at a standstill. At least until the start of May, as German Football League CEO Christian Seifert outlined on Tuesday when he stated the aim "to somehow bring professional football through this phase."

A return to normal service in the coming weeks is nothing more than a hope and it remains unclear exactly when this enforced dormant period will come to an end. What happens afterwards though? What will the Bundesliga look like post-coronavirus?

"The football world will have to reorientate itself providing the right lessons are learned," predicts economics expert Professor Henning Zülch of the Leipzig Graduate School of Management (HHL). Talking to DW, he went on to call for more professionalism from certain Bundesliga clubs.

"The German league is one of the most solid in Europe and perhaps even the world. If we can follow through on this last step towards professionalization, especially in terms of management, then this league could be what it is meant to be: the best in the world with an excellent fan culture that can help sustain it." 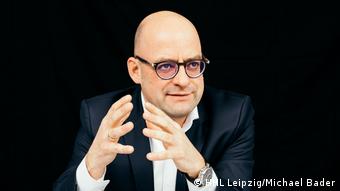 'Ghost games' the only option

Right now, forecasts are nothing more than visions, the present remains unpredictable and precarious.

The business enterprises which make up the Bundesliga have had the foundations pulled out from underneath them, as Zülch explains: "Their product is ultimately football matches and, at the moment, they can't produce their product."

The result is a six-figure drop in income - and perhaps even more - which can threaten the existence of some clubs. "Without the income from TV, ticketing and sponsorship, many clubs are in acute danger," admits German Football League (DFL) chief Seifert.

The only way to avoid the complete collapse of Germany's top two tiers is to resume the current campaign - somehow. And even then, it seems inevitable that fixtures will have to be played as "ghost games," as matches behind closed doors are referred to in Germany.

Indeed, renowned virologists such as Christian Drosten from the Charité university hospital in Berlin believe that the coronavirus crisis could prevent regular sports operations involving supporters from taking place for the remainder of 2020.

Zülch: 'The next step is bankruptcy'

Nevertheless, club representatives and Seifert are standing by their desire to finish the season at all costs in order to at least secure vital TV money - if necessary, even without the fans.

"Television income is essential for all participating clubs," explains Zülch, citing Borussia Dortmund as an example where TV revenue accounts for around 38 percent of the 446 million euros they turned over in the 2018/2019 financial year.

"In the first and second division, TV money is an essential source of revenue," the economic expert continues. "If that cash flow dries up, instances of illiquidity can occur if clubs are unable to meet their obligations. The next step would then be insolvency."

The DFL is currently in talks to ensure that the services of media partners and sponsors continue to be paid, but CEO Seifert is resigned to the fact that clubs will have to do without income from ticket sales and other spectator spending "at least until the end of the season [and] maybe even until the end of the year."

The threat of a 'wildfire in the amateur leagues'

While Zülch doesn't believe that top sides such as Bayern Munich and Borussia Dortmund are in imminent danger, the situation for smaller clubs in the lower leagues, where TV money plays only a minor role, is much more dramatic.

The survival of these clubs depends on income from ticket sales while sponsorship often comes from local companies who are currently in dire straits themselves.

"We are in the midst of the biggest economic crisis of the post-war era, one where sport is at the bottom of the food chain," says Zülch. "The current state of affairs in the lower leagues will no longer exist in the future. I'm anticipating there being a wildfire in the amateur leagues."

Without support, the impact on amateur clubs is likely to be devastating. The lack of solidarity with the "small" clubs in the industry recently drew criticism from professional footballer Neven Subotic.

"Nobody looks down and shows solidarity. It shows that the commercialization of football as a business model overshadows the values of the sport," the Union Berlin center-back told Funke Mediengruppe before calling for cohesion among the clubs, players and companies. "We need collective solutions, not individual solutions."

Stocks to drop in transfer market?

The loss of turnover will also have an impact on a transfer market that has seen values skyrocket since Neymar's record move to Paris Saint-Germain in the summer of 2017. 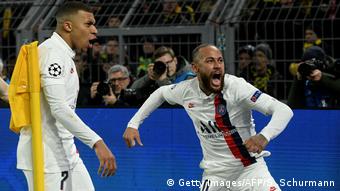 The Qatari-funded club from the French capital splashed out €222 million ($239.6 million) on the Brazilian, setting off a chain reaction of outlandish transfer fees while footballers' salaries grew immeasurably.

Just a few weeks ago, staggering nine-figure sums were being quoted for the likes of Kai Havertz, Jadon Sancho or Leroy Sane. That's unlikely to be the case once the dust settles with Zülch expecting the market to face a reality check. "I believe that large clubs will have massive problems matching those values, so that the whole market will regulate itself."

"I believe that there will be fewer clubs that can afford high-priced transfers of 70 or 80 million euros," says Torres, whose Cologne-based firm ADTL represents professionals and young players. "Nevertheless, there will still be four or five clubs that can, and will, complete those types of transfers."

Torres hints at the clubs that wield enormous financial power, such as PSG, a club supported by the State of Qatar. "Like it or not, clubs that get financial injections from outside partners now have an advantage."

A chance for investors?

In Germany, the so-called 50+1 ownership rule discourages such investments by preventing investors from acquiring a majority stake in a football club. For many German football supporters, particularly the active hardcore who attend matches, 50+1 is sacrosanct; they don't want to see investors take over their clubs and the current system provides the protection they need.

Football agent Torres is also in favor of the regulation and believes that clubs shouldn't become a pawns in an investors' game - but it's precisely those investor-backed Bundesliga clubs such as Hoffenheim and RB Leipzig which are likely to be less affected by the current crisis. 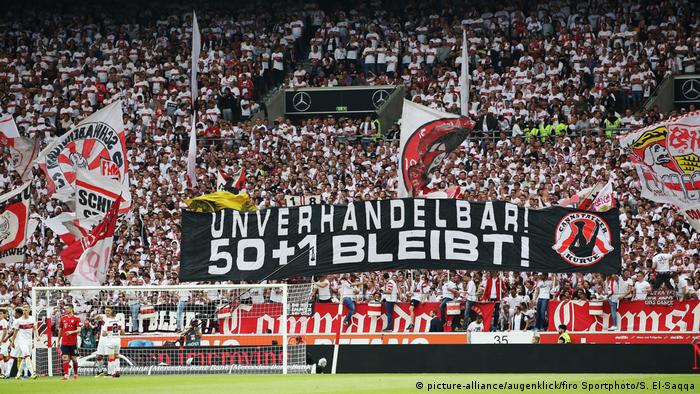 "Non-negotiable! 50+1 stays!" German fans, including these in Stuttgart, would oppose any changes to the 50+1 rule

When asked by Sport1 about the status of the 50+1 rule in the wake of the coronavirus pandemic, DFL boss Seifert said he was "not a fan of responding to extreme situations with extreme scenarios".

He let it be known though, that the issue at hand was not completely off the table. "We're trying to navigate our way through this within a certain framework."

From an economic perspective, Professor Zülch believes the coming shake-up will present an opportunity for the Bundesliga to consider modifying the much-discussed regulation. Strategic investors, who make the overall structure around a club more competitive, could play a pivotal role in providing a more stable future for football clubs in Germany, he tells DW.

"The 50+1 rule, in its current form, will probably no longer exist, but it is still an essential part of German football culture," he says. He is not calling for the DFL to abolish the regulation, but rather modify them "in order to attract strategic investors to the market who can have a positive impact by, for example, investing in the infrastructure of a club."

Investors aren't necessarily bad, according to the economist. "They must have a positive intention and support the club on its way to the top, on its way to being profitable and successful."

Zülch is quick to highlight the importance of maintaining German football's enviable fan culture which he believes is one of the main advantages of the Bundesliga compared to other international leagues. "Preserve history and tradition, but allow progress."

The coronavirus crisis has the potential to change the landscape of world football forever. Small clubs could be wiped off the map, transfer systems will be scrutinized and the economic structures of individual clubs will have to be redefined.

It is now up to the people involved to act in solidarity and with a view to the future - a major task that should not be underestimated and one that can only be tackled together.