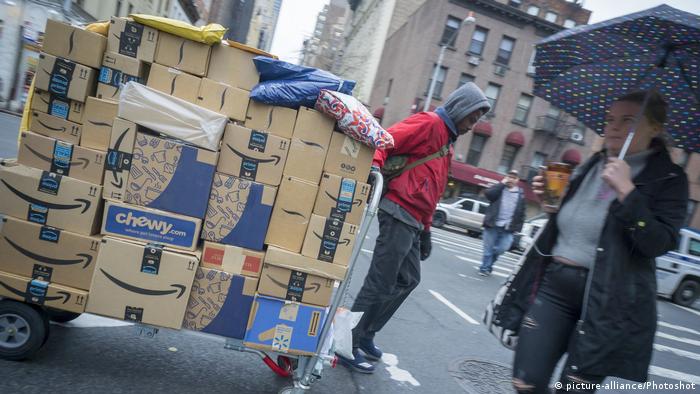 Black Friday, the day after America's Thanksgiving, has long been heralded as the busiest shopping day of the year. The standard story is that on this day retailers' books go from red to black and everything earned afterward is pure profit.

For shoppers who camped outside of stores and stormed in when the doors opened, it was a license to act crazy and demand huge discounts. The idea has been marketed across the world and marks the beginning of the all-important Christmas shopping season.

This year will be different. Besides all the common reasons why more and more people shop online like choice and ease, something else is hanging in the air: the coronavirus.

The pandemic's impact has been felt around the world. Unemployed people or those on furlough are less likely to shell out much this year. Shoppers with secure jobs and money to spend will have a jollier holiday season.

Sales though have already been underway for weeks. "We're seeing retailers begin their discounts about two weeks ahead of what we did last year in order to keep pace with consumers' attitudes," Katie L. Schacht, a marketing lecturer at Ohio University, told DW.

But this year thousands of shops have permanently closed. When they close, malls become less attractive and other stores in the area suffer. Fewer stores, limited capacity, tighter opening times, the need for social distancing and the fear of catching the coronavirus in crowds will keep shoppers at home.

In the US, where the death toll topped 250,000 in mid-November, temporary store closures of nonessential businesses or stay-at-home orders will keep many more people at home. The more this happens, shoppers will have no other option than to resort to cyberspace to fill their shopping carts. 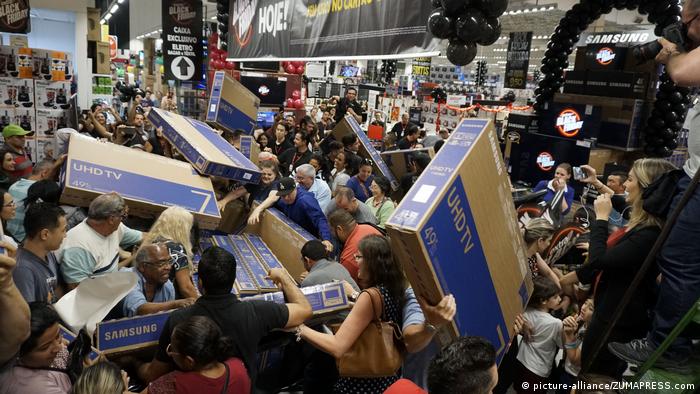 At the same time, stores need to avoid making news headlines as super-spreaders and have two main strategies for safe shopping, according to Engstrom. First, they are extending sales over time instead of focusing on one day. Second, they are pushing curbside pickup for online purchases, "a great way to avoid shipping costs, stay safe, and most importantly, avoid shipping delays as deliveries are slowed by heavy usage," she said.

Online giant Amazon on the other hand has had a great pandemic. Today it accounts for over a third of US online sales. In fall, the company announced that it would hire 100,000 seasonal warehouse workers in the US and Canada to deal with increased orders.

This comes on top of big increases earlier this year, which bring it to 700,000 workers in the US, making it the second-biggest employer in the country. Overall, excluding temporary seasonal employees, the company now has around a million employees worldwide. At the same time, the demand for big warehouses has been growing. 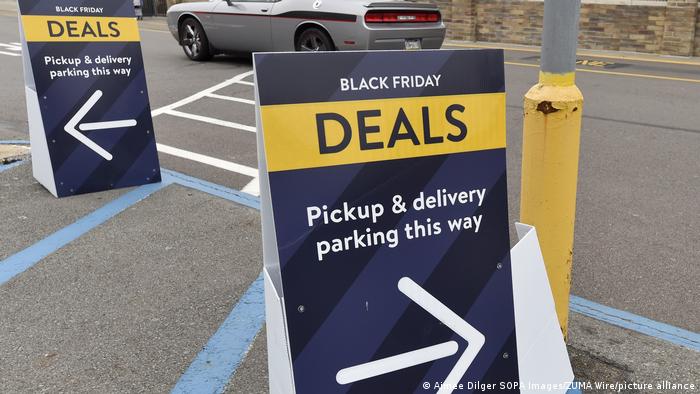 To save on shipping costs, shops have also become quick pickup centers for online purchases

Many big traditional brick-and-mortar retailers have not been so lucky. Data collected by Coresight Research show that in the US a record number of stores closed in 2019. So far this year over 8,300 stores have already shuttered according to its Retail Store Databank, putting 2020 on course to be another record year.

Many of these are mom-and-pop shops that depend on in-person sales. Others are bigger or part of chains with an online presence. But as retailers that also have professional web shops close, they are struggling to get customers to follow them online.

Not surprisingly, retailers have shed thousands of jobs. Department stores like J.C. Penney and Nieman Marcus have filed for bankruptcy protection. Even the 194-year-old Lord & Taylor, the oldest department store in the US, is slated for liquidation.

High-end segment not safe either

It is not just small owner-operated business or malls that are suffering. Big cities around the world are seeing a decrease in retail sales. Many workers are at home and not coming to town. Tourists are also staying away hurting not only souvenir shops but also many luxury brands in Hong Kong and Europe that depend on rich visitors.

Global luxury sales are down 23% compared with last year, according to the latest edition of Bain & Company's Luxury Study. The slowdown was felt most strongly in brick-and-mortar stores. As a result "brands will need to adjust their footprints to the new map of luxury buying, evolve the store role and its ergonomics, and maximize the customer experience," wrote Bain in a November press release accompanying the report.

The only silver lining for luxury retailers were online sales. In the past year, the share of online purchases doubled to 23% and brought in €49 billion ($58 billion). "Online is set to become the leading channel for luxury purchases by 2025," concluded Bain. Retailers are offering steep discounts to bring in customers

The logistics nightmare for retailers

Nonetheless, the "challenges are vast" for all retailers, said Schacht. At the top of her list are logistics and shipping times.

If Amazon has beefed up its workforce to such an extent, it expects huge turnover. That means delivery companies like UPS, DHL and the post office will have to deal with an unprecedented number of packages. Quick, efficient delivery may be a thing of the past.

Still despite all the changes in the air, Schacht doesn't foresee the end of stores. "We're seeing a lot of consumers seek nostalgia and comfort, which could turn out for the betterment of malls and similar industries," she said, adding, "consumers will always want the option to physically shop when and where they want."

At the same time, they will keep buying online and "will continue to want personalization, convenience and fair pricing next year and beyond," Schacht concluded.

What started as a sales gimmick in the US has taken over a lot of the world. No matter how much is spent this year, a bigger share than ever will go to online retailers. At least a lot of shoppers will be waiting — or self-quarantining — at home and never miss an important Amazon delivery.