Globalization will remain, and logistics giants like Post-DHl is riding an online-shopping boom, German CEO Frank Appel has told shareholders. Delivering parcels during lockdown in April was like the Christmas rush. 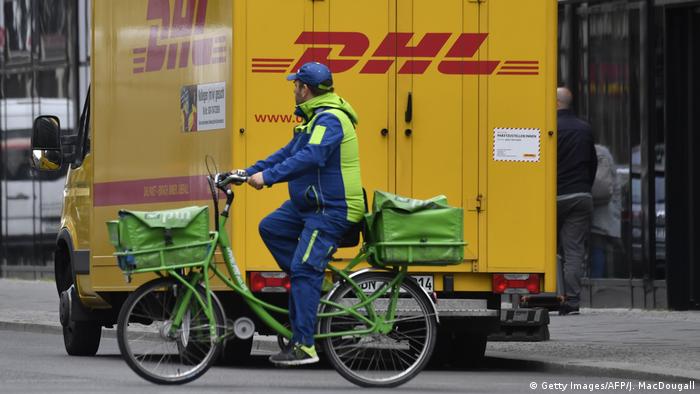 Advocates of trade deceleration were snubbed Thursday by Deutsche Post DHL Chief Executive Frank Appel, who insisted "Globalization is not the problem but instead the solution" half a year after the world began coping with the COVID-19 pandemic.

Addressing shareholders electronically from Bonn, which the logistics giant is headquartered, CEO Appel said there was lots "more potential for growth" in the logistics branch — which includes rivals such as UPS, FedEx and Hermes.

Delivery chains were changing but had not broken down as logistics crews kept people supplied worldwide with urgent medical supplies and everyday goods despite months of coronavirus strictures, said Appel.

"Therefore we don't believe in an end to globalization," he said, predicting that manufacturers would depend less on single-production sites but diversify across countries.

Around Easter, 10 million packages were delivered daily, a level usually seen in December. "April was like Christmas for us," said finance chief Melanie Kreis.

Shareholders at their "virtual general meeting," called to review the 2019 financial year, were told that Post-DHL's packet volume rose by 21% in the second quarter.

Profit to be distributed to shareholders, agreed at Thursday's AGM, amounted to €525 million, or €1.15 per share on September 1, prompting calls for a raised dividend."

Post-DHL said its goal of CO2-emission-free operations by 2050 remained focused on the "last mile" before deliveries reached customers using bicycles and e-vehicles — including items for the ubiquitous retail multi Amazon.

Three-quarters of its emissions still occurred along aviation and shipping routes, it conceded. In Germany, letter and package deliveries were one-third emissions-free.

Globally many thousands of seafarers are stuck on their ships. They cannot go home because of the coronavirus crisis and the situation is creating a backlog in the global shipping industry.