Psychology of shopping sprees: On Black Friday your brain forgets everything else | Science | In-depth reporting on science and technology | DW | 22.11.2018

Psychology of shopping sprees: On Black Friday your brain forgets everything else

When those magic red sale signs lure you into a store, your brain forgets everything else. Need it? Not really. Want it? Yes. Shopping can be like a drug. Neuroscientist Christian Elger explains why. 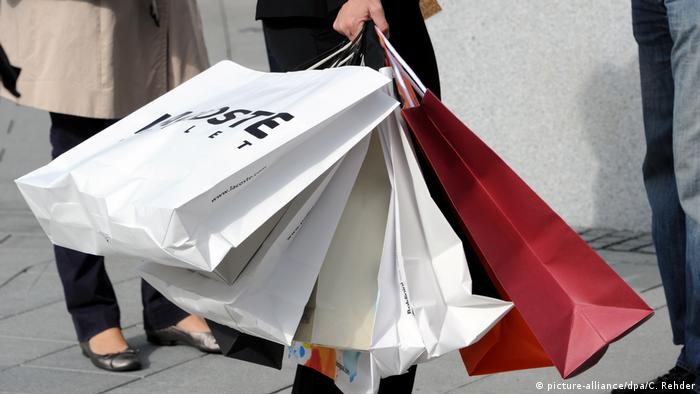 DW: Days like Black Friday, are entirely devoted to shopping and scoring cheap deals and with Christmas right around the corner people are buying billions of presents around the globe. Mr. Elger, why are deals and discounts so tempting for us?

Christian Elger: In our brain, we have structures called the reward system. Whenever these structures are activated, different groups of neurons are triggered. That stimulates a pleasant feeling. And that feeling is so strong that our brain tends to forget everything else in that moment.

Compared to regular prices, words like 'sale' or 'deal' activate the reward system a lot more. To compensate, we have regions in our brain that are supposed to rationalize whether the purchase is necessary or not. But when being confronted with discounts, this region is barely active. You just grab and buy without properly considering factors like necessity. 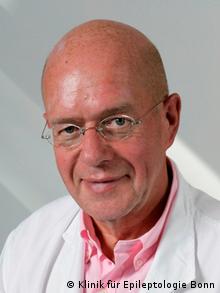 You watch brain processes like they would happen when someone is out shopping in a machine called a magnetic resonance tomograph. What have you found out?

In the magnetic resonance tomograph one can, hyperbolically speaking, watch the brain think. We were able to measure the exact traces of certain thoughts. And since we also know how the different anatomic structures in the brain function, we could tell that shopping activates the reward system the most.

We also know which neurotransmitters are active in the brain. Dopamine for example. On the other hand, there are structures comparable to the uncomfortable feeling associated with pain. Spending a lot of money actually hurts after a while. This means if you take painkillers, you act uncritically because the pain of spending money is being dulled.

That sounds almost like deals trigger the same reaction as drugs.

Drugs work pretty much the same way. They also activate the reward system and stimulate a pleasant feeling. That's how addiction is created. It applies to heroin, especially to cocaine but also to amphetamines. 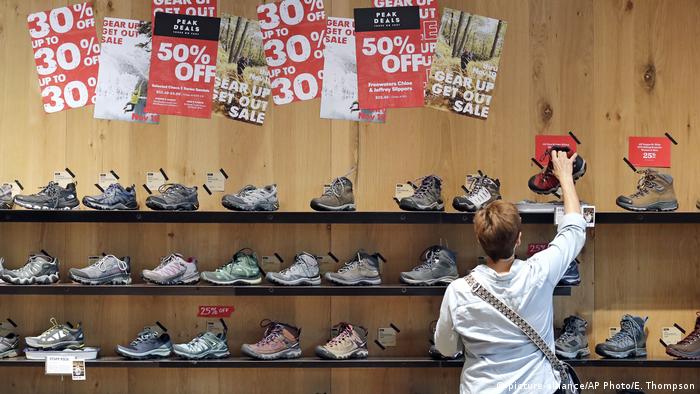 The brain automatically associates red sale signs with a discount.

So, why do we buy all the discounted items in stores? Simply because they are cheap?

Yes, just because they are cheap. Our brain kind of flips a switch in these situations. The switch sends a signal to the rest of the brain saying 'No need to compare prices or to overthink! One day it might come in handy'. For some people shopping even becomes a serious addiction. They have tons of stuff at home they will never even unpack.

When entering a store, I am being confronted with lots of different stimuli. How do stores trigger their customers?

Primarily through red sale signs. We did an experiment with red signs that advertised regular prices throughout the store. But at the end of the day, these products were sold most frequently even though there was no actual discount. Stores also play music a lot because it creates a pleasant atmosphere. And when you feel comfortable you don't mind the pain of spending money as much.

Sounds like people become pretty brainless while they are out shopping. Is there any way I can arm myself against all this?

Two things are important. First, take some time before you actually buy the product. Leave the store and go for a quick walk around the block. That gives the rational part of the brain time to calculate the necessity. After 30 minutes, you most likely don't want half of what you originally had in your shopping cart. Second, don't take painkillers before going to the store. It dulls the region which rationalizes the decision of making a purchase. 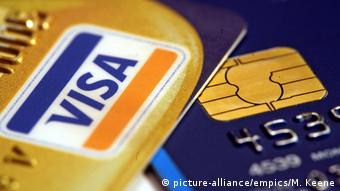 Paying for a purchase with a credit card decreases the feeling of loss one experiences while paying in cash.

Are there other potential dangers for customers?

Shopping and paying for it with your credit card fools the brain. In that moment, it doesn't feel like you're spending a lot. The bill comes a month later and people have almost forgotten about the money they spent. I strongly advise you to pay with cash.

When you hand over physical money you actually feel the loss. When this loss reaches a certain level the brain starts to feel uneasy. Buying a coat that costs 200$ and paying for it with cash will hurt, even if you got a 100$ discount.

More on cravings: DW's Health News: Why do we crave chips?

A lot of people enjoy the occasional shopping spree. Where is the line between passionate shopaholic and a shopping addict?

Shopping addiction is really hard to define. One has to consider the person's needs and their amount of income. Wealthy people for example sometimes excessively buy art or furniture. But that is not addiction; it's simply their lifestyle because they can afford it.

When you consider the average person, shopping addictions comes in two steps. When you have a lot of unopened stuff at home you bought a year ago and never touched, that is a warning sign. And when you own more unused items than ones you actually use, you are addicted and need treatment. 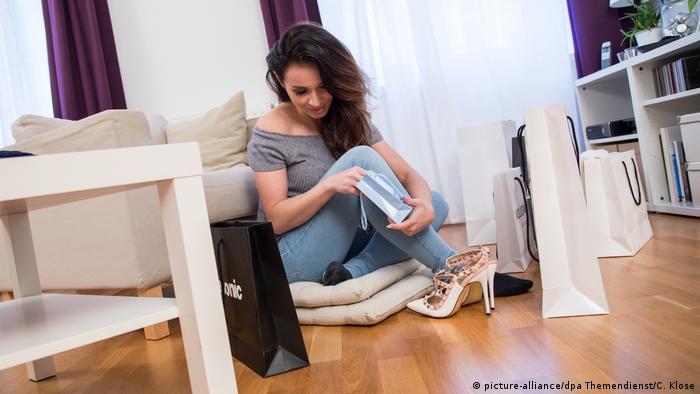 Owning more unsued items than ones that are actually in use is called shopping addiction.

Most people are able to say 'Fine then, I don't need it'. What is different for a shopping addict?

We are being triggered our whole life. We develop connections between different systems in our brain. I'll take myself as an example, so I don't have to bad mouth anyone now. Even though my old iPhone worked perfectly fine, I was one of the first people to get the new one.

In science, this phenomenon is called novelty seeking. I know of course that the purchase was not necessary but I made it anyways. This is a connection between different brain structures that is established very early in life. Some people have a close connection between the reward system and their emotional system.

Other people practically have to be forced to go shopping. Are they immune against the temptation of discounts?

Some people are genetically different in a way where the reward system doesn't properly activate. How they could be triggered we don't know. We estimate that about three or four percent of the population lacks this effect. Even when presented with stimuli.

They are the stereotypical accountant, who can't be rattled by anything. They have their whole life planned out and they wear the same pair of jeans every day until it finally rips and only then they go out to buy new ones. Not because the new pair looks better, just out of pure necessity.

What about wealthy people who wouldn't need discounts. Do they also enjoy scoring deals?

Oh, for sure. Expensive stores also offer discounts. I have spent quite some time in the United States and while I was working there, I lived in a wealthy neighborhood. People were obsessively collecting all kinds of coupons to get discounts on purchases they could easily afford.

In Germany around September, the first supermarkets start offering gingerbread and spekulatius. Is there an explanation for why people feel triggered to buy them even though it is still warm outside and Christmas is months away?

Scientifically speaking nobody has ever really done research on that topic. There are different theories though. One is that Christmas is a holiday associated with lots of pleasant feelings and people are looking forward to it. So they buy the food as early as possible to mentally prepare themselves.

Personally, I find this hard to understand and I think mostly the food industry manipulates people to buy. It is often suggested that prices will go up the closer Christmas gets, so you better grab the food early and save money. But this is a misconception. 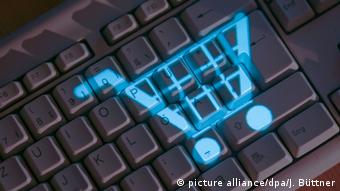 Online stores vary their prices throughout the day.

Is there a difference between deals in a store and deals online?

That is difficult to say. When you physically touch something in the store it increases your desire to actually buy it. Clothes, for example, you can try on and look at in the mirror. Paired with the trained sales person who will give you compliments and emphasize the low price, most people would buy it.

Shopping online, on the other hand, offers you the opportunity to quickly compare prices and leave websites with just a click. Online-stores shamelessly take advantage of this though. They often change their prices multiple times throughout the day.

Christian Elger is a psychologist and a doctor of neuroscience. He also does research in the field of epilepsy. Elger is one of the founders of the Life&Brain GmbH and is currently working at theBeta-Klinik in Bonn, Germany.