Leaders from over 200 countries gathered for talks on Tuesday, as the second day of the COP25 climate summit got underway in Madrid.

At the start of the summit on Monday, leaders pledged to launch a "green revolution" to combat the devastating effects of global warming.

United Nations Secretary General Antonio Guterres said he was "disappointed" with efforts to cut greenhouse gas emissions, speaking on the first day of the two-week summit.

"Do we really want to be remembered as the generation that buried its head in the sand?" said Guterres in his opening address on Monday. He urged country delegates not to take "the path of surrender" in dealing with climate change.

The main goal of the conference, which was relocated from Santiago to Madrid amid political turmoil in Chile, is to clarify the rules which will help reach the agreed goal of limiting global warming to below 2 degrees Celsius, as laid out in the Paris Agreement.

The markets-based concept of emissions trading will also take center stage as the conference goes on. 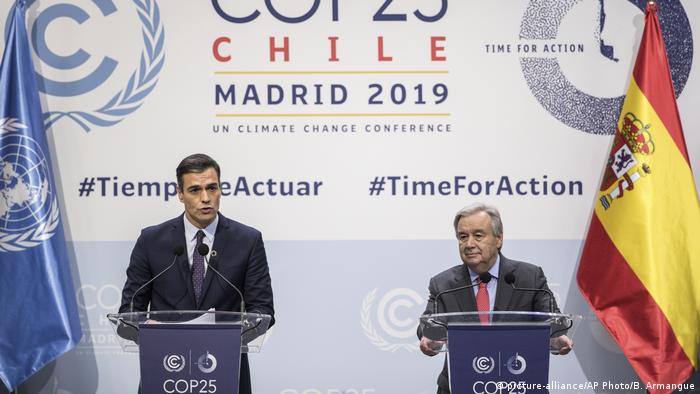 Many world leaders and representatives took to the stage on the first day of the major climate conference.

Spain's interim Prime Minister Pedro Sanchez slammed climate change deniers, saying "only a handful of fanatics deny the evidence." US House Speaker Nancy Pelosi told reporters later that she agreed with the sentiments, and that leaders should "stick with the science'' when it comes to climate change.

In her speech, Pelosi denied suggestions that this may be the last time that the US sends representatives to the annual climate conference. US President Donald Trump formally removed the US from the Paris climate accord last month, but Pelosi said that the US remains committed to its goals. 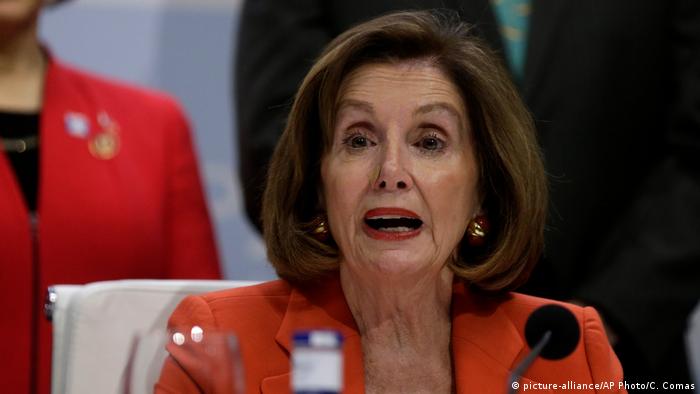 Europe to lead the way

The new climate minister of Poland, one of Europe's largest coal producers, said his goal is to redouble efforts to cut carbon gas emissions and develop new clean energy sources. Poland depends on fossil fuels for 80% of its energy.

Guterres criticized countries for their reliance on coal production in his remarks.

"Our strong recommendation is for countries to think seriously before building new coal power plants and for those that can do it to start phasing out the old ones,'' he said.

He was, however, optimistic that Europe can lead the way for climate reform, days after the European Union declared a "climate emergency."

"I'm convinced that Europe will be in a position to negotiate with China, with India, with the United States, with Russia in a way that will allow all to understand that this must be a collective effort and that they all will have to correct their policies in order to be able to drastically reduce the emissions," he said.

New President of the European Commission Ursula von der Leyen also attended, on her second day in the role. The commission plans to unveil its new European Green Deal to tackle climate change later in December. The deal will constitute a billion euro investment in tackling climate change.

The conference will run for 12 days. Swedish teen climate activist Greta Thunberg is expected to arrive back in Europe on Tuesday after crossing the Atlantic for the second time in a catamaran. She may visit and address the conference, as she did at the UN general assembly in New York in September.