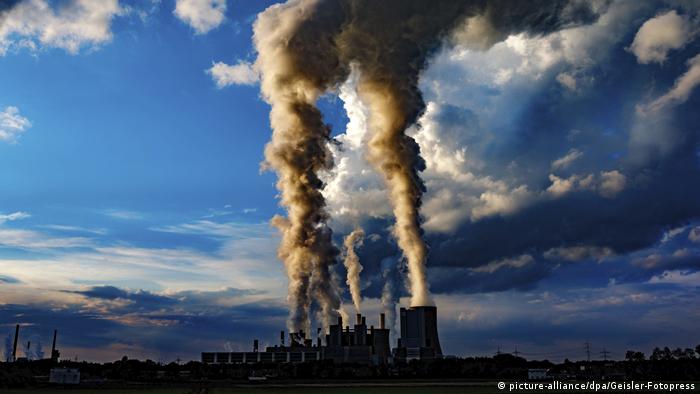 Signing up to the Paris Climate Agreement in 2015, world leaders agreed to limit global warming by the end of the century to 1.5 degrees Celsius, ideally, and certainly no higher than 2 degrees C.

But a United Nations report published today says either goal is a long way off.

Instead of cutting emissions, humans released more CO2 in 2018 than ever before, according to the annual Global Emissions Gap Report. Last year, 55.3 gigatons of global CO2 were pumped into the atmosphere, up from 53.5 gigatons in 2017.

Global temperatures are set to rise about 3.2 degrees C by 2100, the report says, bringing catastrophic weather including hotter, deadlier heatwaves and more frequent floods and drought.

"Our collective failure to act early and hard on climate change means we now must deliver deep cuts to emissions — over 7 per cent each year, if we break it down evenly over the next decade," said Inger Andersen, Executive Director of the UN Environment Programme (UNEP). From 2030, 15 gigatons of CO2 would have to be cut each year, she added. This is roughly the annual emissions of the EU, India, Russia and Japan combined.

Efforts to reduce CO2 emissions would have to increase five-fold to reach the 1.5 degrees C target — a projection already made in a previous version of the report. The difference, however, said Anne Ohlhoff, a co-author of the 2019 report, is that time is slowly running out.

Most responsible for the continually increasing emissions is the G20, a group of 20 of the world's biggest economies, who emit the equivalent of 43 gigatons of CO2 — 78% of global greenhouse gas emissions.

Despite few concrete results, some things have changed politically in the last few years, said Ohlhoff. "We know what we need to do." 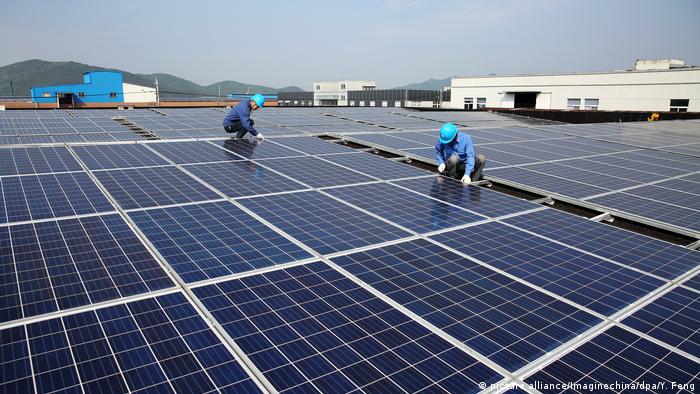 Solar power has boomed across the world 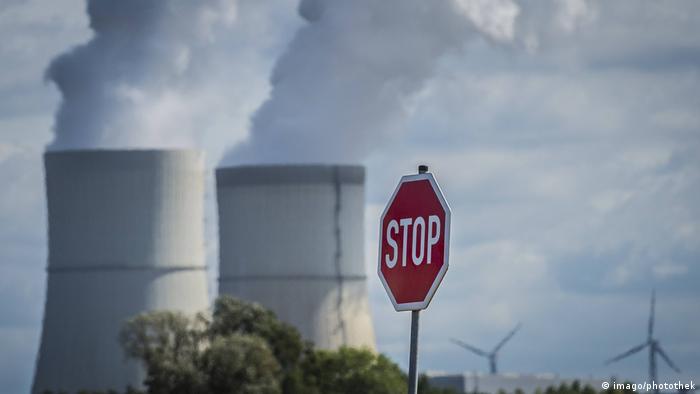 Many countries have struggled to end their reliance on coal

How to close the emissions gap

The report names five key areas that will be decisive in the future:

1. At least €1.45 billion ($1.59 billion) annual investment in renewables and more efficient energy use

The number of countries, regions and cities setting goals to go carbon-neutral has risen since September last year from just a handful to about 65. The European Union, for example, aims to be carbon neutral by 2050. Individual countries including Germany, the UK and France have also set zero-emissions goals.

But how exactly they will achieve this — and how soon — is uncertain. Only a few of the 65 have laid out a timeline for reaching net-zero, according to the report, none of which are countries in the G20.

Eager to cut out carbon, but unwilling to give up fossil fuels, countries are struggling to rein in emissions.

Production of coal, gas and crude oil is rising, and reached its highest level in 2018 at around 37 gigatons. Some environmental economists have called for a tax on CO2 emissions to incentivize companies to produce energy more sustainably. But the comprehensive introduction of a CO2 price has so far been unsuccessful.

One strategy for closing the emissions gap would see renewable sources make up 85% of the world's electricity mix by 2050.

On the one hand it's a matter of having greater ambitions, said Christensen, and on the other hand of implementing them faster. "Energy and transport will be the most important areas."

The report states that technologies for rapid and cost-effective emission reduction have improved, such as the price of solar energy, which can compete with coal on cost. "We can create this change without sacrificing prosperity," said Christensen.

If the world is to slow down and adapt to global warming, it must acknowledge that "fundamental changes in values, norms, consumer culture and worldviews are inevitable parts of the great sustainability transformation," the report concludes.