Ex-PM David Cameron came out against Boris Johnson's bill hours before it was set to be voted on in the House of Commons. The proposed bill could narrowly pass the lower house even with some Conservative dissent. 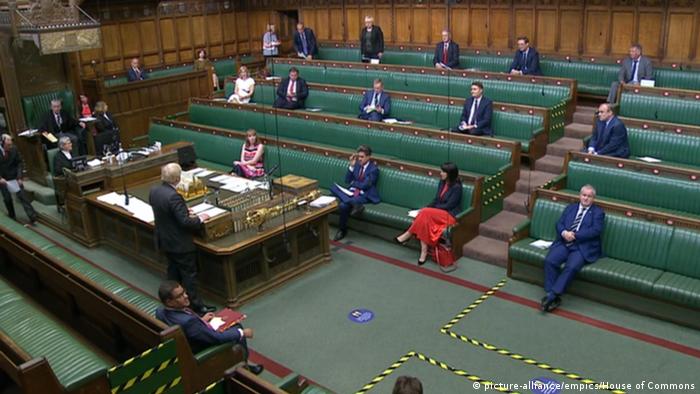 The Internal Market Bill, being debated in the lower house of parliament the House of Commons on Monday evening, would contravene the United Kingdom's divorce treaty with the European Union and has already generated criticism from EU partners and Conservative lawmakers alike.

David Cameron, prime minister of the UK at the time of the Brexit referendum, became the last living former British prime minister to express his concerns about the bill, warning that "passing an act of Parliament and then going on to break an international treaty obligation is the very, very last thing you should contemplate." Theresa May, John Major and Labour former PMs Tony Blair and Gordon Brown had already spoken out.

The bill in question proposes that the British government be able to override the agreement in regards to trade between mainland Britain and Northern Ireland.

Johnson put forward the bill in Monday's debate with the claim that the EU was trying to force the UK to accept certain regulations and that the European block had threatened to use "an extreme interpretation" of the withdrawal agreement in order to do so.

The prime minister opened the debate by saying that the act would prevent the EU from using Northern Ireland as a "stick" to beat the UK with. 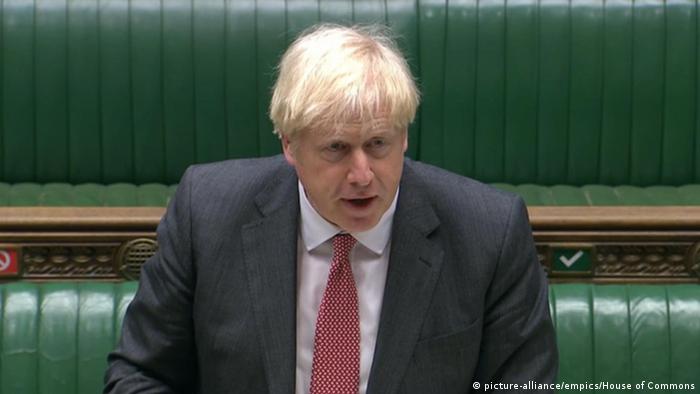 He defended the proposed bill by explaining that the "package of protective powers" would not override the agreement with the EU, but that it would allow the government to respond to the claimed threats from the bloc.

He stated that he had no intention to invoke the powers in the bill and that a new agreement could be reached with the EU.

"We signed the withdrawal agreement in the belief that the EU would be reasonable," but now the government must seek an "alternative" and an "insurance policy" in order to "protect the integrity" of the UK, Johnson told the Commons on Monday.

The EU has rejected Johnson's version of events and threatened to take legal action against the British government if it did not drop the proposed bill by the end of September.

Coveney: 'It's going to be very difficult to strike a new agreement'

Miliband: Labour will vote against

Former Labour Party leader Ed Miliband, standing in for the Labour leader Keir Starmer — who is self-isolating as a precautionary measure with cold-like symptoms — expressed his astonishment with the government's threat to break international law. referring to the possible damage to Britain's reputation as committed to the "rule of law."

He said that during his years opposing David Cameron, he could not have imagined his opposite number legislating with a view to breaching an international accord he had negotiated barely a year prior.

He quipped that the government was proposing a new legal "Johnson defense" according to which "you can break the law, but in a limited and specific way," — in a nod to the now-infamous phrase used last week by Northern Ireland Secretary Brandon Lewis in the Commons.

Miliband concluded by asking the government to remove the controversial parts of the act and stated that the Labour party would oppose the deal.

With an 80-seat majority, Johnson might well prove able to pass the bill through the House of Commons despite likely dissent within his own ranks as well as from the opposition.

The controversial intention to break the agreement has caused uproar among parts of the Conservative Party with Tory MP Rehman Chishti stepping down in an act of protest on Monday as the prime minister's special envoy on freedom of religion.

Geoffrey Cox, who was Johnson's top legal adviser when he negotiated the current Brexit agreement in 2019 and a strong supporter of Brexit, said he could not vote in favor of the bill in the House of Commons on Monday.

"The breaking of the law ultimately leads to very long-term and permanent damage to this country's reputation," he said.

Sajid Javid, Conservative MP and the previous Chancellor of the Exchequer (finance minister, in other words), came out against the bill, saying in a tweet that he could not see why it would be necessary to break international law in the instance of the Internal Market Bill.

Sammy Wilson, an MP from the Democratic Union Party from Northern Ireland, defended the prime minister's proposal from claims that it would lead to violence in Northern Ireland saying that he could not see a connection between regulations on taxes and tariffs, and peace in the region.

He went on to attack the EU's approach to the withdrawal agreement, claiming that "there has been no good faith and no best endeavor from the EU and these negotiations."

The UK and the EU remain in negotiations about a future trade deal with both sides saying that such a deal must be agreed on by October in order to be passed into law before December 31 when EU trade regulations with the UK will end.

If no deal is reached then both sides would likely impose trade tariffs from the beginning of 2021. Roughly half of the UK's trade is done with the European bloc.