Petitioners who challenged India's controversial "triple talaq" Muslim law hailed the Supreme Court's Tuesday ruling that declared the practice un-Islamic and unconstitutional in a landmark judgment. The apex court also said that the practice was a violation of fundamental rights of Muslim women and the basic tenets of Islam.

The "triple talaq" practice has been denounced by rights groups and feminists - Muslim and non-Muslim feminists alike - as a violation of human rights. There have been complaints about Muslim men divorcing their wives over text messages, Skype, emails and phone calls.

The chief justice asked the Indian government to come up with a new legislation within six months to regulate marriage and divorce among the minority Muslim community, which numbers some 180 million out of the nation's 1.25 billion people.

The Bharatiya Muslim Mahila Andolan (BMMA), a network of Muslim women activists and organizations that launched a nationwide campaign against instant divorce, celebrated the ruling.

"It's a historic day for us. The repressive practice will finally end and now begins our next battle for social reforms within the Muslim community," Zakia Soman, a founding member of the BMMA, told DW.

Feroze Mithiborwala, a member of the Muslims for Gender Justice group, says the central message of the court's verdict is "unequivocal" and "clear."

"All these years, women have been denied their basic rights. Now that this retrogressive practice has been discarded, we have to look ahead," Mithiborwala told DW.

Shayara Bano, a 35-year-old woman who challenged the practice in 2016, a year after her husband of 15 years divorced her through triple talaq, feels justice had been delivered.

"We told the court the practice has no legal or religious basis," Balaji Srinivasan, a lawyer for Bano, told DW.

Ishrat Jahan, a mother of four and a petitioner against instant divorce, said she did not expect the verdict would come out in favor of the Muslim women.

"I am happy, very happy. I want justice now as I have led a miserable life. I also want custody of my children," Jahan, who is based in the Indian city of Kolkata, told DW.

In 2015, Jahan's Dubai-based husband Murtaza called her on telephone and said the word "talaq" three times, ending their 15-year-long marriage. Later, Jahan found out that Murtaza had remarried. 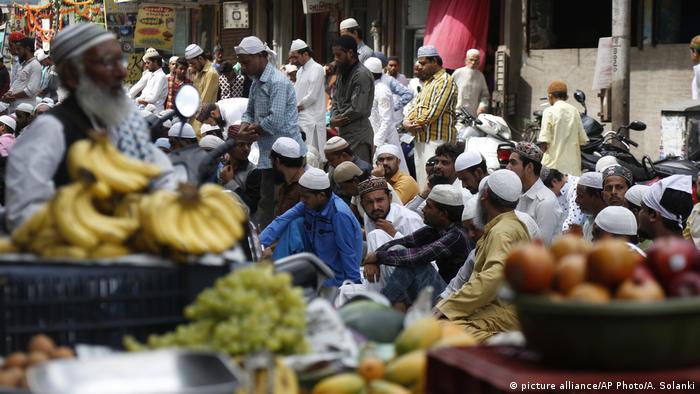 As predicted, the All India Muslim Personal Law Board (AIMPLB), a male-dominated non-governmental body that claims to represent India's Muslims and oversees the application of Muslim personal law in the country, was subdued in its reaction to the Tuesday judgment.

"We are unsure whether our apprehensions have been addressed in the Supreme Court's judgment. What will now happen to women who want to follow the Shariah and accept triple talaq? Have these concerns been tackled by the court?" Zafaryab Jilani, an executive member of the AIMPLB, told DW.

The AIMPLB has been strident in its opposition to banning the practice. It argues the issue is "religious" and not up for intervention by the government and judiciary.

"This [the verdict] is part of a political agenda. It will cause more problems," underlined Kamal Faruqui, another AIMPLB member.

Supporters of the triple talaq practice argue that the issue has deliberately been made controversial by Prime Minister Narendra Modi's Bharatiya Janata Party. They say that Hindu nationalists want to interfere in Islamic faith and practices with an aim of homogenizing India.

But PM Modi, who has been critical of instant divorce, welcomed the verdict.

"Judgment of the Hon'ble SC on Triple Talaq is historic. It grants equality to Muslim women and is a powerful measure for women empowerment," Modi wrote on Twitter.

Law Minister Ravi Shankar Prasad described the judgment as a "great day for gender empowerment" and said it should not be viewed through the prism of religion.

During the triple talaq hearings in the apex court, the Indian government had promised to introduce a law to regulate marriage and divorce among Muslims. This would mean the start of an overhaul of Muslim personal laws in India that have been regulated through a 1937 Shariah code.