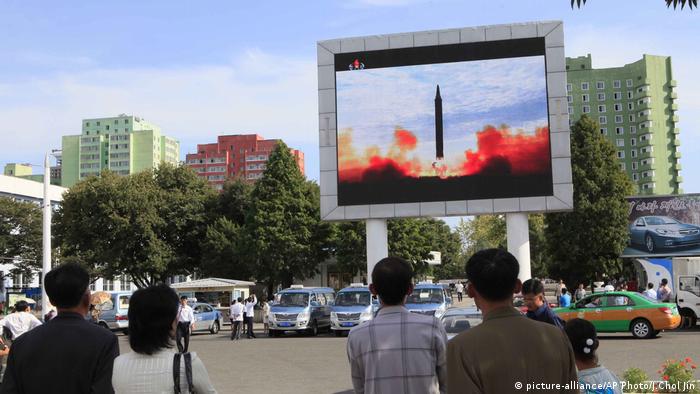 North Korea has violated a number of sanctions by the United Nations, most notably continuing their nuclear weapons and missile programs, a 149-page confidential UN report said Friday.

The report comes days after reports suggesting the North is developing new missiles. The United States' top diplomat Mike Pompeo called on countries to maintain pressure on the North and not violate UN sanctions.

·     North Korea "has not stopped its nuclear and missile programs and continued to defy Security Council resolutions through a massive increase in illicit ship-to-ship transfers of petroleum products, as well as through transfers of coal at sea during 2018."

·     US figures estimated that North Korea had procured over 500,000 barrels of petroleum products in the first five months of 2018. The transfer of the products involved 40 vessels and 120 associated companies.

·     North Korea continued to receive revenue from exports of banned commodities. For instance, it received $14 million (€12 million) from October 2017 to March 2018 for deliveries of iron and steel to China, India and other countries.

·     Pyeongyang "attempted to supply small arms and light weapons (SALW) and other military equipment via foreign intermediaries" to Libya, Yemen and Sudan.

·     A Syrian arms trafficker, named as Hussein Al-Ali in the report, offered "a range of conventional arms, and in some cases ballistic missiles to armed groups in Yemen and Libya" that were produced in North Korea. Al-Ali also helped negotiate a "protocol of operation" with Yemen's Huthi rebels in Damascus in 2016.

America's top diplomat Mike Pompeo reiterated his warning toward Russia, China and other countries against any violation of international sanctions on North Korea.

In Singapore ahead of the Association of Southeast Asian Nations (ASEAN) summit, Pompeo told reporters that the US had its own new, credible reports that Russia is violating UN sanctions, including allowing for joint ventures with North Korean companies and issuing new permits for North Korean guest workers.

"If these reports prove accurate, and we have every reason to believe that they are, that would be in violation," Pompeo said, pointing out that the UN Security Council voted unanimously to impose these sanctions.

"I want to remind every nation that has supported these resolutions that this is a serious issue and something we will discuss with Moscow," he added.

Pompeo said the US expects "all countries to abide to the UN Security Council resolutions and enforce sanctions on North Korea. Any violation that detracts from the world's goal of finally, fully denuclearizing North Korea would be something that America would take very seriously."

Despite his firm remarks, Pompeo shook hands with North Korean Foreign Minister Ri Yong Ho and exchanged words with him, also handing him a letter for Kim from US President Donald Trump.

White House spokeswoman Sarah Sanders said this week that Trump had received a letter from Kim as a follow-up to the two leaders' recent talks.

But speaking at the forum, Ri criticized the US for urging the continued enforcement of sanctions, saying that Washington was "raising its voice louder" despite "goodwill measures" taken by the North.

"As long as the US does not show in practice its strong will to remove our concerns, there will be no case whereby we will move forward first unilaterally," Ri said.

Where did the report come from? The report was put together by independent experts who monitored the implementation of UN sanctions over six months. The report was submitted to the UN's North Korea Sanctions Committee on Friday.

What are the UN's sanctions on North Korea? When North Korea conducted its first nuclear test, the UN demanded it cease all future nuclear testing and in turn set up the North Korea Sanctions Committee — part of the global organization's Security Council. It also prohibited countries from exporting military equipment and luxury items to the North. Several other sanctions have been imposed over the past decade, banning North Korea from exporting gold and other rare earth metals, coal, lead, seafood and textiles. The UN has also imposed restrictions on North Korea's Federal Trade Bank, banned joint ventures and barred North Korean nationals from working in other countries.

North Korea promises denuclearization: At a landmark summit in Singapore with US President Donald Trump in June, North Korean Leader Kim Jong Un committed to "complete denuclearization." In return, Kim asked for "security guarantees" from the US. Trump tweeted a day after the summit that "North Korea was no longer a nuclear threat."

Amid a thaw in relations, the two Koreas have started discussions on reopening special economic zones that allow companies from the South to operate in the North. Julian Ryall reports. (16.07.2018)