South Korea explores business opportunities in the North | Asia | An in-depth look at news from across the continent | DW | 16.07.2018

Amid a thaw in relations, the two Koreas have started discussions on reopening special economic zones that allow companies from the South to operate in the North. Julian Ryall reports. 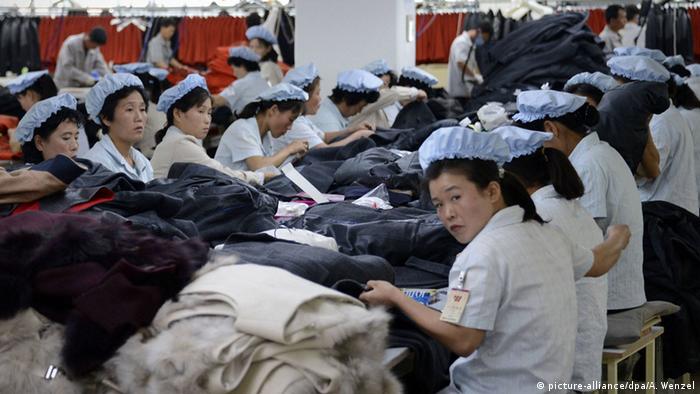 A committee set up by South Korean President Moon Jae-in visited one of Pyongyang's special economic zones over the weekend to examine opportunities for economic cooperation with North Korea.

The visit is part of a South Korean strategy of dangling economic incentives to encourage the North to follow through on its promise to abolish its arsenal of nuclear weapons.

Headed by Song Yong-il, the committee members travelled to the Rason Special Economic Zone, which was established in 1992 in the extreme northeast of North Korea. The site is located near the Russian border, and South Korean officials held talks with North Korean and Russian trade officials and businesses.

Seoul is willing to look into any economic opportunities in the North to achieve broader strategic goals, but experts say any breakthrough is most likely to occur at the larger and more famous Kaesong Industrial Region.

"Everything depends on the United Nations and US sanctions, but it is clear that the South Korean government is making preparations and laying the groundwork for the reopening of the Kaesong Industrial Region," said Rah Jong-il, a former diplomat who previously served as South Korea's ambassador to London and Tokyo. 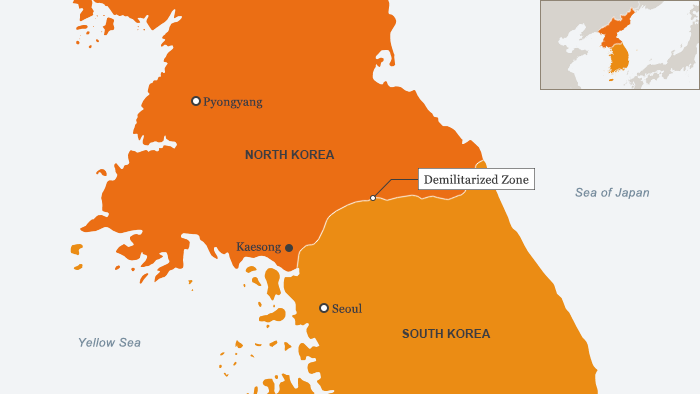 A bridge between enemies

"We are seeing a lot of advance moves being made and surveys are under way for repairing and upgrading both the road and rail links over the border and on to Pyongyang," Rah told DW. "And I see this as a form of very indirect pressure on North Korea as Seoul attempts to exert a positive influence on Pyongyang."

"As soon as progress is made on the nuclear issue and sanctions can be relaxed or lifted entirely, then it should be relatively straightforward to reopen the industrial zone," he added.

Located 10 kilometers (6 miles) north of the demilitarized zone that separates the two Koreas, the business park was set up in 2002 to serve as a manufacturing hub for 123 South Korean companies looking to tap into the North's abundant supply of cheap labor. In return, Pyongyang took the wages of around 53,000 staff — amounting to around $90 million a year.

Perhaps more importantly, the trade park served as a bridge between the two nations and a point of contact for ordinary people from both North and South.

Kaesong was, however, extremely vulnerable to political tension. Pyongyang limited South Korean access to the trade zone during heightened tensions in 2013, although the crisis eventually blew over. After North Korea carried out a test of a hydrogen bomb in January 2016 and test-launched a rocket carrying a satellite, the South Korean government of President Park Geun-hye announced in February that year that the site would be "temporarily" closed in protest. In response, Pyongyang said it was expelling all South Korean workers and freezing their companies' assets at the site.

Unsurprisingly, the most vocal advocates of the industrial zone resuming operations are South Korean businessmen whose assets are still tied up in the North.

Earlier this month, the head of a group representing the small business owners called on the government to grant them permission to return to the park to inspect their facilities.

Speaking to reporters, Shin Han-yong said, "We hope for a prompt resumption of the factory park."

Analysts believe Kaesong could potentially be the easiest and fastest way for the two nations to reconnect and start building a new relationship.

"Economically, both sides would benefit, but it might be more important if it creates a more peaceful environment between the two sides and serves as a positive step towards, ultimately, the reunification of the country," said Rah.

Emanuel Pastreich, head of the Seoul-based Asia Institute, broadly agrees — but cautions that "miracles" will not happen immediately.

"Kaesong is the obvious place to start on building a new relationship over the border; it was difficult in the early stages when they first set the place up, but the two sides overcame their differences and it worked," he told DW. "And when President Park ordered that the zone be shut down, there were a lot of very unhappy people, even among conservatives."

"Right now, I sense a sea change in public opinion in South Korea," he added. "People do not expect North Korea to suddenly go back to being the enemy. There is a real change in the perception of the North and more and more people believe that improved economic relations can be the starting point for a better relationship," said Pastreich, adding that change will take time.

"We cannot expect instant miracles, but the fact that the two sides are talking is positive and will hopefully ensure that the details are dealt with," he said.

Asked whether he fears North Korea may be tricking South Korea, the US and much of the rest of the international community in order to gain time to develop more nuclear weapons and concessions on sanctions and aid, Rah said he is a "realist" about the situation.

"We cannot expect an easy end to the problems that have divided the peninsula for so many years," he said. "It is going to take a lot of time and a lot of effort — even if we have a lot of luck. But it is possible."

Korea's parliament has ratified a free-trade agreement with China, removing most tariffs between Asia's largest and fourth-largest economies, while leaving curbs on rice and automobiles in place. (30.11.2015)