Reports that factions involved in Ethiopia's Tigray conflict are readying themselves to fight again raise concerns that the country's fragile truce may shatter. 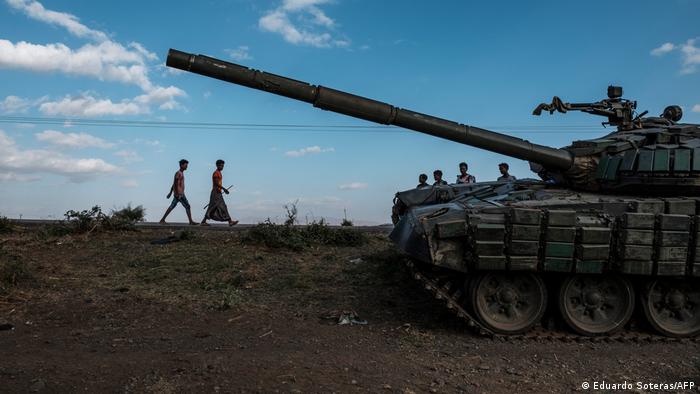 Factions involved in Ethiopia's conflict are reportedly preparing to fight

Observers of Ethiopia's Tigray conflict have seen encouraging signs of peace in the past few months.

The truce announced by Ethiopia's federal government is still holding nearly two months after it was announced.

Tigray fighters, who have been battling a coalition of federal forces and regional militias since November 2020, have largely withdrawn back into the northern Tigray region from neighboring Afar.

There have been reports of sporadic reports of fighting in the Amhara region, which also borders Tigray, as well as in western Tigray, which is under Amhara region administration, but it is unclear who is involved and who is to blame.

By and large, though, there has been a "pause in large-scale fighting," finds the International Crisis Group, an independent think tank, in an April analysis of the situation in Ethiopia.

This "has generated cautious optimism," the analysis finds.

The US State Department also speaks of "encouraging actions" that have laid the groundwork for peace in past months, including the government's lifting of the state of emergency and its release of some political prisoners, as well as the delivery of "desperately needed food aid to war-affected communities."

But there are concerns that if more isn't done and done soon, full-scale conflict could flare up again.

Tensions between Tigray and Amhara

The spokesperson for the Tigray People's Liberation Front, which ruled Tigray before the federal government ousted them, warns that President Abiy Ahmed needs to put his words into actions.

For example, Abiy's National Dialogue Commission, which is tasked with bridging the fault lines between the country's estimated 80 plus ethnicities, excludes the TPLF, as well as its main ally, the Oromo Liberation Army.

Meanwhile, Amhara regional forces and militias, who have also been battling Tigrayan fighters in alliance with the federal government, have been put back on alert.

Amhara's regional state security council has called on security forces, and people in general, to prepare against any military advances from Tigray.

It also warned that the TPLF is inciting people to fight and holding town hall meetings to recruit new combatants.

"I think it is likely that the war will resume," he said. "Frankly speaking, it's going to be more devastating."

Recently, researchers estimated that as many as 500,000 thousand people may have died in the Tigray conflict.

Some 2.5 million more were uprooted by the conflict. 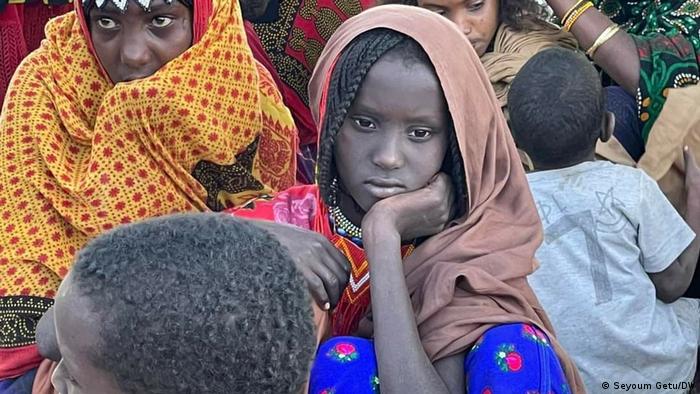 The Tigray conflict has displaced more than 2.5 million people

Social scientist Demelash Mengistu, a lecturer at Ethiopia's Jimma University, lists three reasons why he believe the TPLF and the federal government will break the truce.

"Firstly, leaders of both sides love their politics and themselves more than their people," Demelash said.

"Secondly, both camps lack capacity for diplomacy and communication. They have no experts or professionals, and will not accept the recommendations of professionals in any case."

Thirdly, they have no capacity of listening to others, it is just about their own egos."

"The Ethiopian government respects this agreement," she said.

In addition, she said, the government is abiding by its promised to let aid into Tigray.

"Any international organization that wants to help the area can come and help without any restriction," she said. 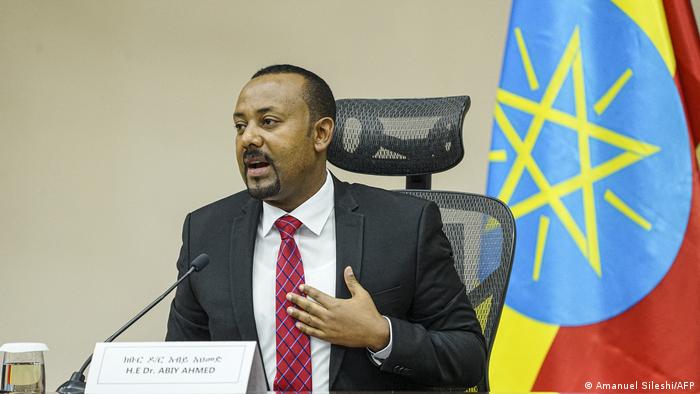 The UN's humanitarian affairs agency, OCHA, said earlier in May that 250 trucks of aid has arrived in Tigray since deliveries restarted on April 1 after the ceasefire, adding that "this still not enough to meet the growing humanitarian needs in the region."

The UN estimates that  5.2 million of Tigray's 6 million people are in need of humanitarian assistance with the region still cut off from all communications links and banking services.

Abiy's spokesperson warned, however, that "the government has a responsibility to protect the people, and [the federal government] will not tolerate any movement to distract that."

Yohannes Gebreegiziabher and Hirut Melesse contributed to this article.

Tigrayans are being targeted with ethnic cleansing in the contested Western Tigray zone, according to a new report by human rights groups. The onslaught of rape and killings amounts to "war crimes," they added.

A convoy of aid trucks has entered Tigrayan-controlled Ethiopian territory for the first time in over three months. The UN food agency, the World Food Program, made the announcement on Twitter.