Tigrayans are being targeted with ethnic cleansing in the contested Western Tigray zone, according to a new report by human rights groups. The onslaught of rape and killings amounts to "war crimes," they added. 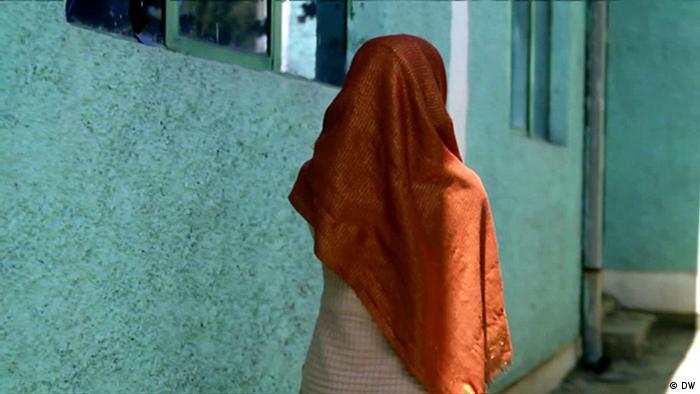 Rape has been used as a weapon of war, according to the report

Tigrayans in Ethiopia are facing a relentless campaign of ethnic cleansing being carried out by security forces from the neighboring Amhara region, Amnesty International and Human Rights Watch said Wednesday.

The two rights groups in a joint report detailed how Tigrayan civilians in the disputed Western Tigray Zone of the country are allegedly being killed and subjected to various forms of sexual violence and abuses, including rape.

Some of these Tigrayans also faced mass detentions and forcible movements, a campaign that — along with the other reported abuses mentioned — "amounts to war crimes and crimes against humanity," said the rights groups in a statement.

The report also alleged that newly-appointed officials in Western Tigray and the security forces from the neighboring Amhara region had some support and possible collaborations from the Ethiopian federal forces to carry out the alleged atrocities. 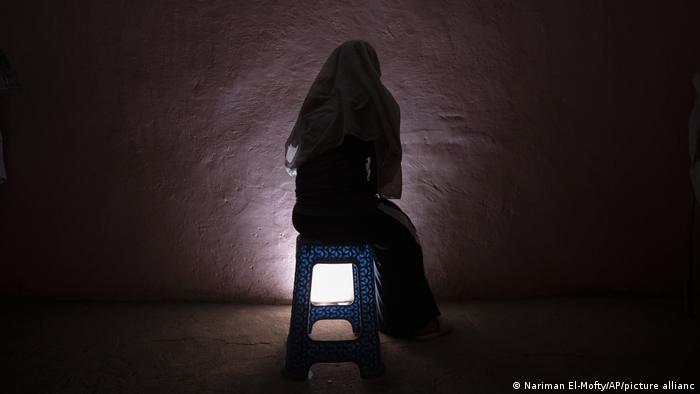 A Tigrayan refugee rape victim, who fled the conflict in Ethiopia's Tigray, sits for a portrait in eastern Sudan in March 2021

Laetitia Bader from Human Rights Watch told DW in a phone interview, "This report looks at the last 17 months of abuses in the Western Tigray Zone, which is along contested area at the border with Tigray with Sudan and with Eritrea and the Amhara region."

More than 400 people, including Tigrayan refugees in Sudan, were interviewed by researchers from Amnesty International and Human Rights Watch. Tigrayan and Amhara residents who suffered or witnessed abuses were also interviewed.

According to the new report, researchers consulted medical and forensic reports with court documents, satellite imagery, and photographic and video evidence corroborating accounts of grave abuses.

Bader explained that the researchers "looked at the first waves where there were war crimes committed including by the Ethiopian federal government."

They then "looked at a whole range of abuses including widespread of sexual violence, massive incarceration and horrific life-threatening detention conditions, deprivation of people's means of survival," she added.

A government spokesperson told DW she was not aware of the publication, and requested time to consult the details.

How 'ethnic cleansing' was carried out

According to the rights groups in several towns across Western Tigray, signs were displayed ordering Tigrayans to leave, and locally appointed administrators discussed at open meetings how to remove Tigrayans.

The report quoted a Tigrayan woman from Baeker town describing how members of Fanos, an irregular Amhara militia "kept saying every night, 'We will kill you… Go out of the area'."

Another Tigrayan woman told researchers that while she was being gang-raped by men, a militia member told her: "You Tigrayans should disappear from the land west of [the Tekeze River]. You are evil and we are purifying your blood."

The report alleged that there were also pamphlets giving Tigrayans 24-hour or 72-hour ultimatums to leave or be killed.

A 63-year-old farmer from Division village told the rights groups that he watched as a group of men destroyed his home. One of the men told him: "This is not your land. You have nothing to claim here."

Tigrayans who failed to leave the region were then arrested to face long-term detention and abuse in overcrowded facilities, the report said. 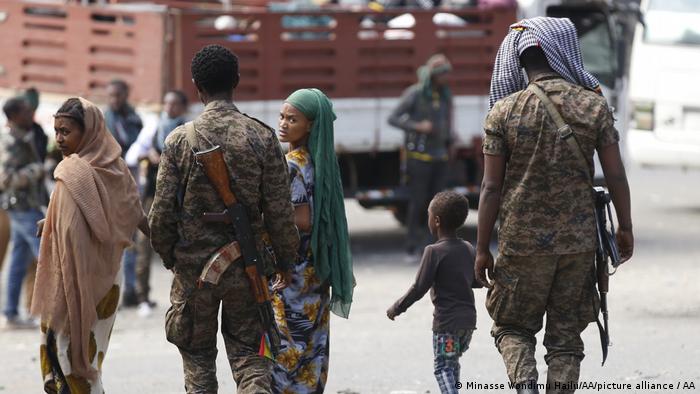 Ethiopian security forces patrol at street after the Ethiopian army took control of Hayk town of Amhara city from the TPLF in Ethiopia on December 16, 2021

According to the report, Amhara militia have also been arresting local residents of the town of Adi Goshu for detention.

Members of the Amhara Special Forces are detailed in the report as having rounded up and summarily executed about 60 Tigrayan men by the Tekeze River.

According to witnesses who spoke to the rights groups the few men who survived believed the killings were a revenge attack after the Amhara forces suffered heavy losses during fighting with Tigrayan forces the previous night.

"When they shot at us, I fell first and then I saw also when the others in front of me were shot and fell," said a 74-year-old survivor was quoted in the report to have said. "And the people behind me fell on me and covered me… After that, they said, ‘The Tigrayans don't die easily, shoot again'."

Who is behind the 'ethnic cleansing' campaign?

The report specifically mentioned the local authorities in Amhara region as the main force driving the alleged ethnic cleansing campaign in the Western Tigray region.

She also explained that their findings implicate some Eritrean forces involved in some of the targeted arrests of the Tigrayan civilians.

Amnesty International and Human Rights Watch are calling for high-level officials who led this campaign to be brought to justice for violating international humanitarian laws.

The conflict in the Tigray region broke out in November 2020 when the federal government army in Addis Ababa started fighting forces from the Tigray People's Liberation Front (TPLF).

For the last 17 months, there has been no signal of the war ending with the resultant humanitarian crisis worsening.

Ten semi-autonomous federal states make up Ethiopia but they are organized along ethnic lines. Ethnic violence has been on the rise in recent years and the current conflict has heightened tensions.

That same month, a joint investigation by the UN and Ethiopia said all sides fighting in the conflict committed a range of human rights violations thatmay amount to war crimes.

The report said both Ethiopian federal forces and Amhara authorities have denied allegations of ethnic cleansing in Western Tigray.

Human Rights Watch and Amnesty International are calling on the Ethiopian federal government and its international and regional partners to take concrete steps to protect all communities in Western Tigray.

They are calling for the immediate release of Tigrayans arbitrarily detained there, and also allow for protection monitoring.

"The response of Ethiopia's international and regional partners has failed to reflect the gravity of the crimes that continue to unfold in Western Tigray," said Agnes Callamard, Secretary General of Amnesty International, in a statement.

"Concerned governments need to help bring an end to the ethnic cleansing campaign, ensure that Tigrayans are able to safely and voluntarily return home, and make a concerted effort to obtain justice for these heinous crimes.”

Deputy Chief of the Ethiopian Human Rights Commission (EHRC) Rakeb Messele said in a statement on Wednesday that the findings of the report certainly point to actions that amount to war crimes.

Messele said the findings by the rights groups "are consistent with what has been documented and reported by EHRC, as well as the Joint Investigation with the UN on Tigray (JIT). These acts of killings and large scale forced displacement by the parties may amount to war crimes and crimes against humanity."

She has called "for parties to refrain from taking any measures that could cause further displacement; create an enabling environment for the safe, secure and voluntary return of all Internally Displaced Persons (IDPs); and find a sustainable solution to the Welkait-Tsegede protracted land dispute."

The deputy chief is also calling for "a sustainable political solution and peace, restoration of basic services, rehabilitation of victims and affected areas in Afar, Amhara and Tigray as well as accountability measures for justice.”

She assured her outfit will continue to monitor and investigate happenings in all the conflict affected areas.”

On March 24, the government announced a humanitarian cease-fire. The rights groups said regardless of any truce or ceasefire, Ethiopia's federal and regional authorities should allow unhindered, independent, and sustained humanitarian assistance.

Isaac Mugabi contributed to this article.

There has been a sustained diplomatic push trying to bring peace to the Tigray region, with the conflict parties holding talks in neighboring Djibouti. Just days ago, the Tigray People's Liberation Front said it was ready for a ceasefire. But now there is more violence again.

Ethiopian ambassador to Germany says TPLF is working with terrorists 02.09.2022

The Ethiopian government is "always ready" to hold peace talks with TPLF, according to the Ethiopian ambassador to Germany Mulu Solomon. However, the TPLF should stop collaborating with perceived ‘terrorists’ if peace should be given a chance, she said in an exclusive interview with DW.