One of Europe's largest Pride parades will mark 50 years since the Stonewall riots this summer. Officials in Cologne say the city will introduce traffic lights featuring same-sex couples along the parade route. 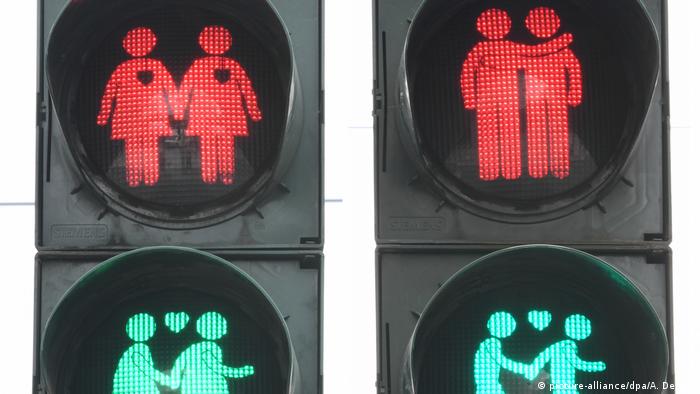 The Cologne Pride parade is one of Europe's largest Pride festivals and will this year observe 50 years since the Stonewall riots in New York's Christopher Street. The riots saw lesbian, gay, bisexual and transgender people resist police during a raid on June 28, 1969.

The city plans to change traffic lights located along the parade route, a spokesman told the DPA news agency.

The city did not say when they would revert the same-sex traffic lights to standard ones.

The western town of Friedberg recently transformed some of its lights to feature Elvis Presley, who was stationed nearby as a US army soldier in the late 1950s.