"The King" is back and telling people when they can cross the road. The German town of Friedberg is the latest German city to transform its traffic lights with famous characters. 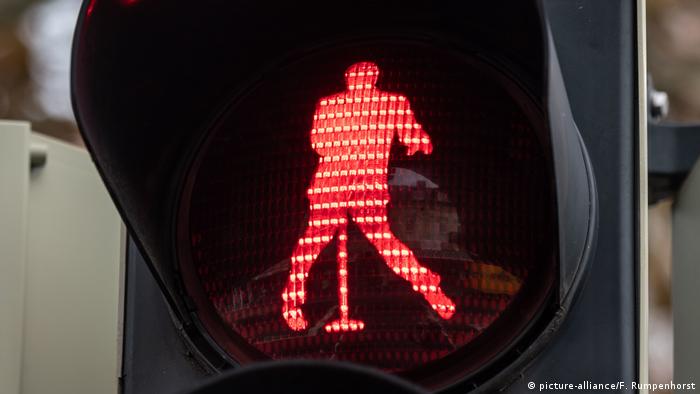 Elvis Presley is ready to help pedestrians rock 'n' roll across the street in the western German town of Friedberg near Frankfurt.

Three traffic lights featuring the "King's" image have been placed around the town's Elvis Presley Square to commemorate the singer.

While people are waiting to cross, the singer appears in the red light striking a pose at a microphone.

When the lights go green Elvis is shown swinging his hips in a famous dance move. 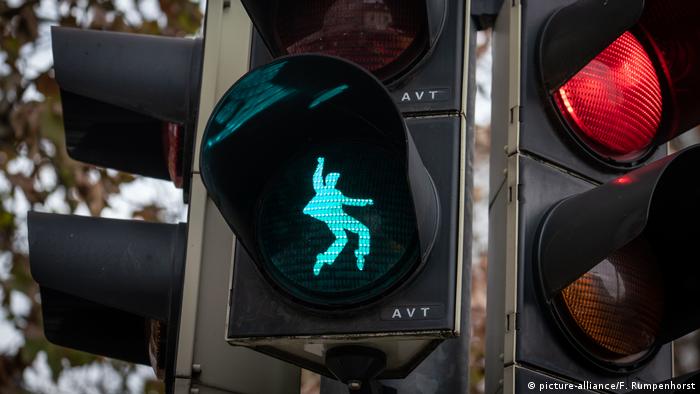 Local politician Marion Götz (SPD) told the Wetterauer Zeitung newspaper that the town had paid about €900 ($1,000) for the lights as an extra attraction for tourists.

Why is he there?

Presley had a strong connection with Friedberg, a town of around 28,000 inhabitants, located 26 kilometers (16 miles) north of Frankfurt in the state of Hesse.

Read more: Without Africans in North America, we would never have had Elvis Presley

He was stationed there from October 1958 until March 1960 while serving as a soldier in the US Army. He lived in nearby Bad Nauheim. 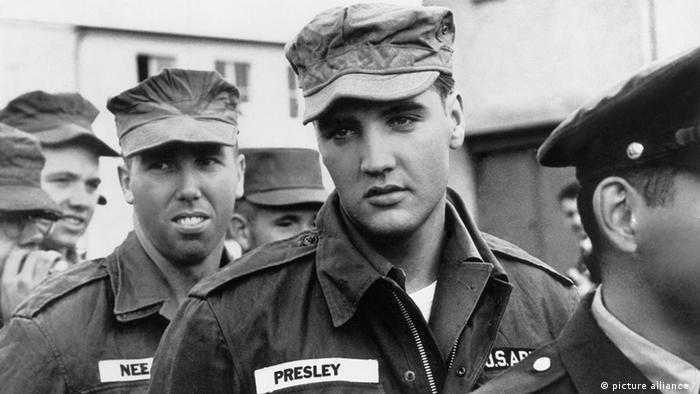 Elvis Presley in his US Army uniform while stationed in Friedberg

It was there he met his future wife, Priscilla Beaulieu, whom he married after a seven-year relationship.

Both towns are keen to make sure no one forgets "the King," who died in 1977, or their connections to him.

While Friedberg first switched on the new traffic lights on Wednesday, Bad Nauheim holds the 'European Elvis Festival' and is planning a bronze statue of him. 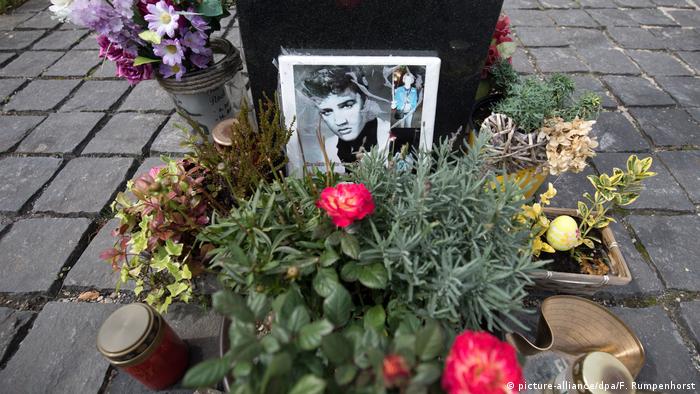 Bad Nauheim has long been a site of pilgrimage for Elvis' fans, and people lay candles, flowers and gifts for him.

According to Götz, it took three months for the police to give the go-ahead and then a local graphic designer to send his ideas to the manufacturer.

However, the work appears to have paid off, with the Wetterauer Zeitung reporting positive reviews.

"Good idea," "witty," "something a little different," were some of the reactions. One person added, "I did wonder about it, but as always I crossed on green."

Transforming traffic lights has become something of a trend in Germany.

The most famous are the Ampelmännchen in Berlin. Created in 1961 in what was then East Berlin, they now appear all over the united capital.

The city of Augsburg now has the Kasperl puppet character in a pointed hat, Mainz has its own Mainzelmännchen, Bonn has Beethoven traffic lights and in Trier a small, chubby Karl Marx lets pedestrians know when to cross. The eastern town of Erfurt has had up to 14 different kinds of lights since the 1980s.

Four decades after his death, Elvis still enjoys fame around the globe - particularly in Germany, where he spent time in the US military. Here are some highlights and unusual facts from his storied career. (16.08.2017)

Novelty traffic symbols light up German cities and beyond

From cartoon characters to gay couples and Beethoven, cultural symbols and icons increasingly adorn traffic lights in cities from Germany to Australia. Now Karl Marx is directing traffic in his birthplace of Trier. (21.03.2018)