The Jewish community in Cologne is the oldest in Germany, with a history which stretches back 2,000 years. Pope Benedict's visit will add another chapter to the tale of highs and lows, religion, tragedy and rebirth. 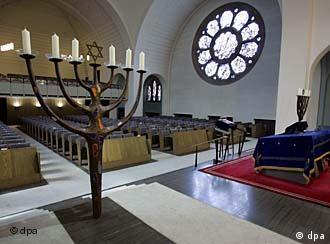 When the Jews first came to Cologne in the wake of the Roman legions, they were taken by the lush green and fertile land of the Rhine Valley. So much so, that they decided to stay and found what is now the oldest Jewish community north of the Alps.

The first official mention of the community is in a decree from King Constantine in 321 AD, granting them membership in the city council. Although Cologne is now known for it’s Cathedral and Catholic traditions, back then it was considered the Jerusalem of the north.

The city's Jewish community struggled on through the centuries as empires, from the Romans to the Huns, the Franks to the Ottonians and the Germans rose and fell around them. Although the community often played an active role in helping to shape the empires, it was not free from the persecution, pogroms and plagues which characterized the times.

Discrimination under the rule of emperors, kings and bishops was rife, and it was only when French Revolutionary troops occupied the city in 1792 that Cologne's Jews received civil rights and religious freedom. But that freedom didn't last.

The Nazis ended nearly two millennia of Jewish life in Cologne. Although some were lucky enough to escape in time, some 11,000 of the city's Jews were deported and murdered at the hands of the Hitler regime. 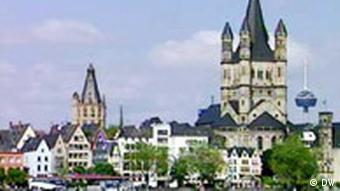 The city of Cologne

Sometimes the city invites Jews who fled the Nazis, to come and visit the place where they used to live. Otto Spier, who now lives in Israel, recently returned to Cologne for the first time in more than 60 years.

"The view of Cologne floats before my eyes again. What’s surprising is that you still have a relationship to your city of birth and that despite everything that’s happened, there’s still a bond to the things that formed you in your youth," he said.

Today, the immigration of Jews from the former Soviet Union means that Cologne is once again home to one of Germany’s largest Jewish communities.

With Germany's Jewish community growing steadily in recent years, young Jews are becoming more active. Their goal: to be considered a normal part of society. (April 23, 2005)

As the World Jewish Congress wraps up its annual meeting in Brussels this week, lively debate continues among Germany's Jewish leaders on anti-Semitism, immigration and the future of German Jewry. (Jan. 15, 2005)