Severe cold has killed at least 164 people in Eastern Europe as temperatures in some areas plummet to record lows. Ukraine has reported some 38 new fatalities while Poland has recorded eight additional deaths. 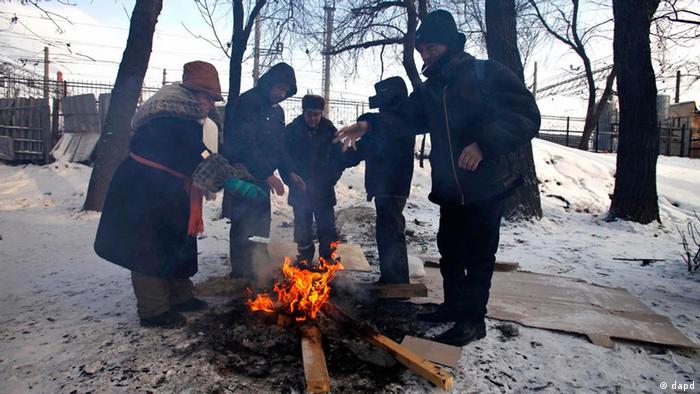 Eastern Europe is facing its worst winter in decades

Temperatures plunged to minus 35 degrees Celsius (minus 31 degrees Fahrenheit) in some regions, prompting power outages, traffic chaos and the widespread closure of schools, nurseries and airports.

Worst hit was Ukraine which recorded an additional 38 deaths on Friday, bringing the total number of weather-related fatalities in the country to 101. Thousands of people sought shelter in government centers and more than 1,200 were hospitalized as temperatures plunged to around minus 32 degrees Celsius.

There were eight newly reported cold-related deaths in Poland, bringing the overall death toll to 37. In Romania, there have been 22 deaths. Serbia has also reported causalities while at least 11,000 villagers remained trapped by heavy show in the country's remote mountain villages.

Homeless most at risk 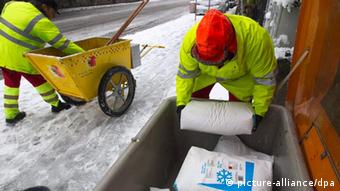 In Bulgaria, 16 towns recorded their lowest temperatures since records began. Deaths have been reported there as well as in the Czech Republic, Hungary, Latvia and Lithuania, where a homeless man was found in the ruins of an abandoned house.

Europe's homeless population has been worst hit by what experts say is Europe's harshest winter in decades.

"Homeless people have been caught unawares and unprepared,” said Zlatko Kovac, country representative for Ukraine and Belarus at the International Federation of the Red Cross. "They don't follow long-range forecasts and are extremely vulnerable."

European weather forecasters have warned the severe cold is likely to persist in many parts of continental Europe into next week.

More than 80 people have died in a severe cold snap in Europe, most in Ukraine. Heavy snow has disrupted travel and shipping, as the winter weather spreads west. (01.02.2012)