An initiative in Mexico is helping farmers improve the quality of their produce, so they can earn more without compromising traditional, eco-friendly farming practices.

Around the world, most coffee comes from monocultures. But in Mexico, coffee plantations can be a haven of biodiversity. Most coffee here is still grown the traditional way — in the shade of trees and natural forest — and harvested by hand.

Some 90% of Mexican coffee farms are minifundistas, with less than three hectares of land, and don't have the resources to switch to modern, industrialized methods. That's great for the environment, but it also means their earnings are low. 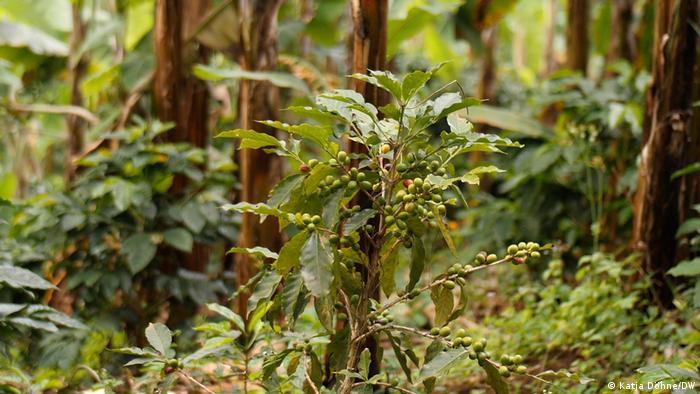 Coffee grows in the midst of other, uncultivated, species

Cafecol is helping coffee farmers in Veracruz boost their income while preserving their ecological practices, by supporting the production of high-quality beans. The Bioeconomy Acceleration Fund pays farmers an advance on crops that have yet to be harvested, so they can afford the longer growing time for their high-quality produce.

Project goal: To help farmers bridge cash flow problems before and during harvest, so they can improve the quality of their produce. Not just coffee but vanilla and cocoa producers have already benefited from the fund, which could be extended to other sectors in future.

Funding: BIOFIN, which is part of the Germany Environment Ministry’s International Climate Initiative, has contributed $15,000 to the fund, as well providing Cafecol with legal support.

A film by Katja Döhne