Climbing the Windmills of Schleswig-Holstein

Extreme sports enthusiasts are always looking for the next thrill. When the bungee has been jumped, the sky dived and the white water rafted - what then? If you live in the flatlands of Germany, you climb a windmill. 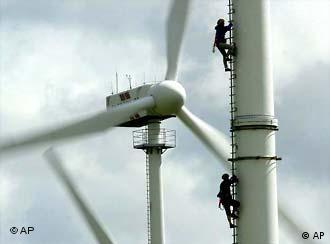 In a landscape devoid of hills and mountains, climbers are finding alternative summits

In the big cities, they go base jumping, throwing themselves off skyscrapers with only a small parachute on their back. In the mountains, they drop from helicopters onto the most inaccessible peaks to traverse the breakneck pistes, untouched by human skis.

But in Klanxbüll, Schleswig Holstein -- a scattered collection of houses on the German-Danish border -- where there are neither tall buildings nor mountains to tackle, extreme sports enthusiasts have found their own challenge: climbing windmills. 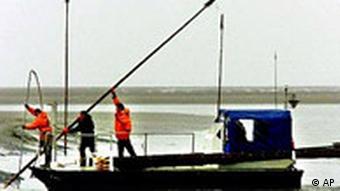 Flatlands and sea: your view from 48 meters up

Being a rather flat landscape, the area around Klanxbüll could not be considered a thriving center for climbing fans by any stretch of the imagination. And it wasn’t until a group of entrepreneurial tour operators hit on the idea of promoting the 48-meter tall wind turbines that dot the countryside as the latest in scaling heights.

Every Wednesday afternoon, from May to September, tourists can leave their vertigo behind and take to the summit of one of the region's 28 windmills. 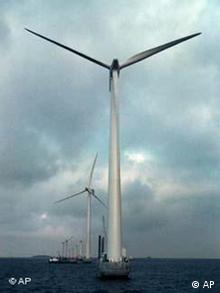 The choice of extreme sports fans in the north of Germany

After completing the 100-step climb up the attached ladder, the brave climbers are treated to a bird’s eye view of the surrounding coastline with its mudflats and the islands of Sylt and Föhr.

The climb, view and adrenaline rush will cost the intrepid climber 18 euros ($24) for the privilege, as long as they’re over 14.

Despite the fact that the climbers are well secured by a safety line to prevent rapid, unplanned descents, the organizers warn that the latest in extreme sports may not be to everyone’s tastes. However, Ute Rolfs, director of the Wattenmeer information center in neighboring Wiedingharde, says that so far there have been no accidents.

And that is merely one of the positive aspects of the sport. The climb, for those who accept the challenge to take it, brings its own rewards. “From up on top, you have a great view, and of course for sports enthusiasts it’s great because you have to overcome your own fear.”

If windmills aren’t your thing and you still crave the dizzy heights despite being a resident, full or part-time, of one of the flattest places in Germany, then why not try silo climbing.

Further along the coast towards the port city of Hamburg, climbers are scaling 40-meter high silos in the northern town of Burg auf Fehmarn for fun and for competition.

Troubled by falling prices for their products, farmers in a southern German town sought an alternative to agriculture. They found it, too, and now supply themselves and their region with environmentally friendly power. (20.05.2007)

The Changing Face of the North Sea

The effects of climate change are apparent in many aspects of nature and now changes in the fish species found in the North Sea have also been identified as a result of warming waters. (23.10.2006)

The Scandinavian country is popular among those facing hurdles getting married elsewhere. DW's Shabnam Surita explores the 'Denmark model' of hassle-free marriage.