Troubled by falling prices for their products, farmers in a southern German town sought an alternative to agriculture. They found it, too, and now supply themselves and their region with environmentally friendly power. 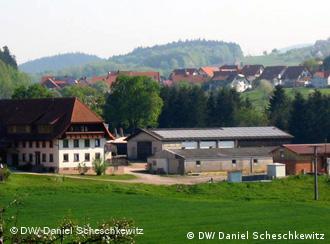 Walter Schneider's cows graze in green pastures in Freiamt, a town of around 4,500 people near the Black Forest. Due to the low price of milk, however, the farmer can't live off them. It's a problem Schneider shared with many German farmers. But he found an answer -- just as over 100 of his fellow Freiamt farmers did.

"As a farmer, you are constantly searching for economic alternatives," Schneider said. "And regenerative energies like sun, water and wind are simply on offer."

A few years ago, Schneider started to invest in wind energy.

Since then four windmills have been installed on the hill overlooking Schneider's farm. When the wind blows at the speed of three meters (10 feet) per second the rotors start turning. The windmills reach their peak at eight to 10 meters per second and generate 1,800 kilowatts per hour. When there's a good breeze, one of Freiamt's windmills generates enough power within two hours to cover the electricity needs of the average four-person household for an entire year. 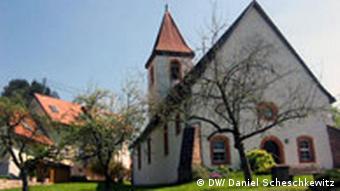 
But that's not Schneider's only environmentally friendly project. The extra warmth exuded by his cows' milk, which is cooled from 38 to four degrees Celsius (100 to 39 degrees Fahrenheit), is used to heat the water his farm uses. And one of the 100 solar power installations that characterize the town is located on his roof.

Nowadays the community produces far more power than it actually needs. Visitors from Germany and abroad make their way to Freiamt to see for themselves how the town has embraced alternative energies.

The Reinbolds also moved away from conventional farming and converted their farm into a renewable energy power plant. The family uses generators to burn liquid dung and organic raw materials such as rapeseed, corn and grass, and they sell the energy they produce.

The fact that German utilities are obliged by law to buy power from renewable sources at fixed prices gives the farmers security that selling crops or livestock can't. 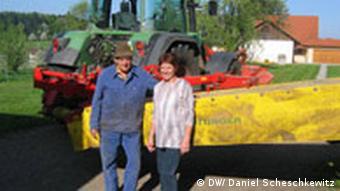 
"Without the fixed electricity price, the 10 cents for electricity from renewable energies, we couldn't have done it," said Inge Reinbold, adding that the family had already been burned once. After investing in a new stall for bulls in the 1980s and earning 8 deutsche marks (4.09 euros) per kilo for their beef, the BSE crisis left them only earning half that.

A different approach to nature

Now, five years after shifting their operations, the Reinbolds' plant generates more than one million kilowatt hours of electricity per year. They calculated that the energy the farm produced in one year with the biofuel plant had would have required 300,000 liters (79,000 gallons) of heating oil.

The Reinbolds' son, Harald, who will one day take over the farm, said he was pleased his family managed to make itself independent of fluctuating food prices and that it also reflected his own attitude toward the environment.

He is clearly not alone.

"The people here are concerned with traditional values," said Freimut Mayor Hannelore Reinbold-Mesch. "They're connected to nature; they have always lived with nature, harvested its fruits. And that's where a change simply occurred. What used to be cultivating the land is today renewable energies."

Scientists in Potsdam have embarked on a unique European project to store unwanted greenhouse gases under the ground. It is the latest effort in combating climate change, but critics question the project's aims. (28.02.2007)