Dozens of climate protesters staged a sit-in at Berlin's Tegel Airport, prompting police to quickly surround the area. The operation led to traffic jams and extra hurdles for passengers trying to reach the airport. 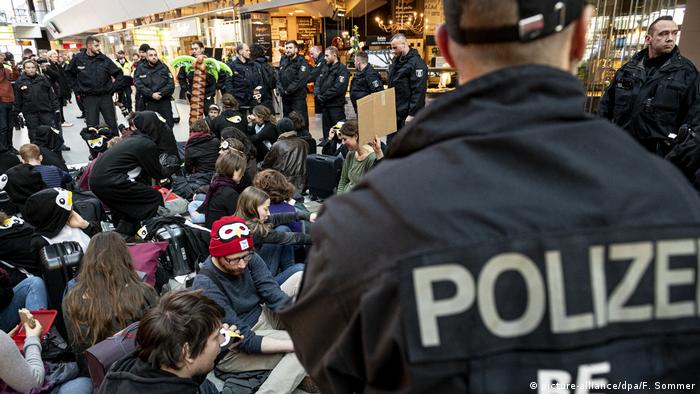 Passengers trying to reach Berlin's Tegel Airport on Sunday were hit with delays after police blocked roads and enacted tighter security controls in response to a climate protest.

Around 50 members of the group "Am Boden Bleiben," which means "stay grounded" in German, gathered in the main entrance of Terminal A to hold a sit-in.

Another 80 people held a protest further away from the terminal but still on airport grounds, a police spokesman said.

The activists, many of whom were dressed in penguin costumes, held up signs urging people to think twice before traveling via airplane. 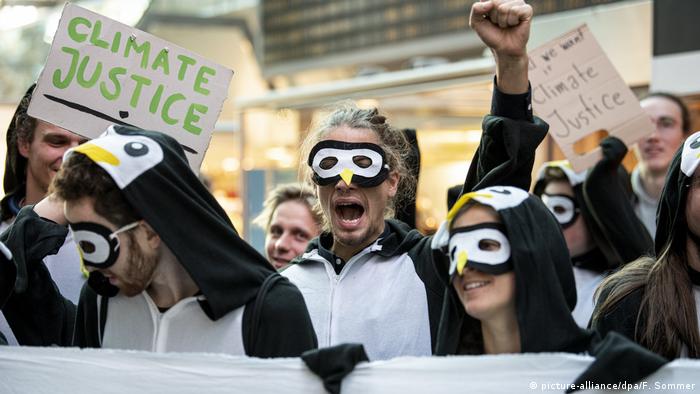 Protesters dressed as penguins and threw paper airplanes around the terminal, calling for travelers to reconsider their short-haul flights

Sunday's protest, however, was intended to be a symbolic act and not one that impeded travelers trying to catch their flights.

"Our protest is aimed at the airline industry and politicians — not against individual passengers," the group's spokeswoman told news agency dpa.

The demonstration had "no impact" on flights, according to an airport spokesman. Police also said the protesters stayed within the rules of not shouting over airport announcements or physically hindering passengers.

Although flights were not delayed, travelers had to overcome considerable hurdles to reach the airport.

As part of their security operation, police shut down the highway exit ramp leading to the airport, sparking a major traffic jam. Numerous passengers walked the remaining distance to the airport after leaving their stranded taxis on the road. 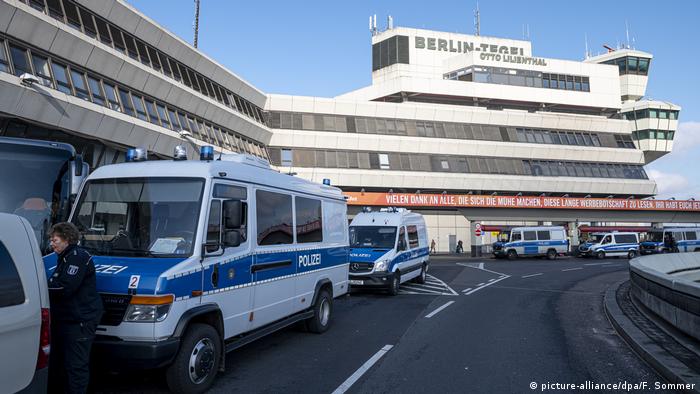 Long lines also formed at the airport as passengers waited for long-delayed buses to arrive.

Police also carried out extra security checks on people trying to enter the airport, sending away those who did not have plane tickets, local public broadcaster RBB reported.

The climate activists called for a stop to all domestic and short-haul flights, arguing that they are disproportionately responsible for CO2 emissions and other gases blamed on global warming.