With public transport workers on strike in Berlin, the city's Tegel airport was forced to rent buses to ferry passengers to the train station. The option, officials recommended, was to walk more than 3 kilometers. 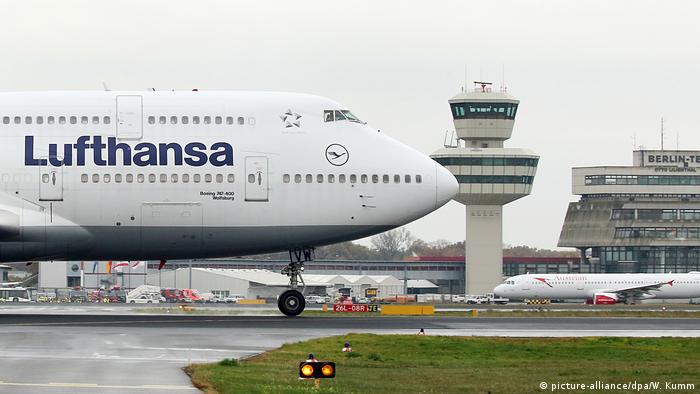 An hours-long strike disrupted public transport in Berlin on Friday, leaving the city's Tegel airport scrambling to provide transport for passengers coming to and from the closest train station.

On Twitter, airport authorities said they had set up an "emergency shuttle transport" with four rented buses.

"Alternatively, please use the footpath," officials said, referring to the 3.1 kilometers (1.9 miles) long walkway which they estimate would take 38 minutes to traverse.

Waiting for airport that never comes

While the strike ended at noon local time, traffic officials said they expected additional hours of delays and disruptions. Local and regional trains were unaffected by the strike.

Despite being the main international airport in Germany's capital, Tegel is also one of the few airports in the country without its own railway station.

The airport, first opened in 1948, was set to close years ago and traffic redirected to a modern new facility. The Berlin Brandenburg airport, however, has turned into a major embarrassment for the German government due to massive cost overruns and repeated delays. Originally planned to open in 2011, the tentative opening date is now 2020, with rumors of further delays.

After a long farewell, Berlin's Tegel Airport is undergoing transformation 25.06.2021

Opinion: Closing Berlin's Tegel airport is a huge mistake the city will regret 06.11.2020

Short distances from check-in to boarding, instead of an endless shopping mall with security checks: Tegel Airport architects told DW about their vision.