Tegel airport was set to close with the opening of the new Berlin-Brandenburg airport. Local residents have cast doubt on that outcome after Sunday's referendum decision. 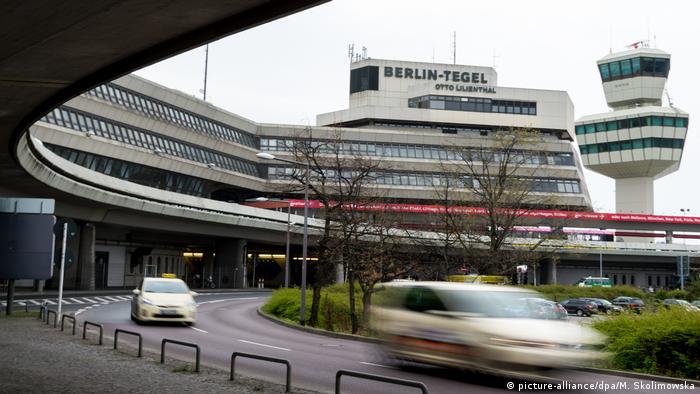 A majority of voters in Berlin opted in a non-binding referendum on Sunday for keeping the city's Tegel airport open, complicating the legal and political situation surrounding the airport's closure. 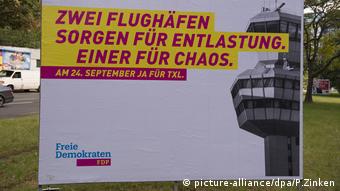 "Two airports ensure relief. One for chaos," according to a pro-"Save Tegel" FDP poster in Berlin.

Despite the clear majority, the outcome may not stop the airport's closure. Current law requires Tegel, which opened in 1948, to close once the new Berlin-Brandenburg airport opens. The new airport, which was supposed to have opened in 2012, has suffered repeated delays because of technical problems and there is currently no official opening date.

Read more: At the airport, but not flying

Airport's future still up in the air

But the leader of the FDP faction in the Berlin Senate and supporter of the "Save Tegel" campaign, Sebastian Czaja, said the city's SPD mayor Michael Müller should respect the outcome.

"This is a vote that can't be reinterpreted and is clear; this is about taking political action. And we demand that it is legally implemented," he said.

Müller said he would speak with stakeholders in the federal and Brandenburg state governments about "whether they would be willing to reconsider their position."

He added, however, that there were "considerable legal difficulties" that made it difficult for the outcome to have any impact. "You can't just decide to do away with the legal situation in this way," he said.

The referendum was born after hundreds of thousands of local residents started a petition to "Save Tegel" that the local FDP convereted into a non-binding referendum.

Initial polling had predicted a large victory for the "Save Tegel" campaign, but the gap between the two sides narrowed considerably in the last few weeks. 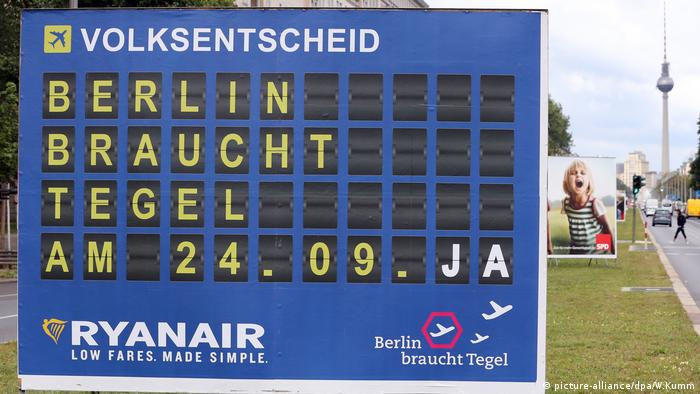 Another adverstisement in the city stated, "Berlin needs Tegel on September 24. Yes."

Air traffic above the German capital was thrown into chaos by the discovery of an unexploded bomb. Flights were diverted to Berlin's unfinished airport. (30.08.2017)

June 3 marks five years since the problem-plagued Berlin Brandenburg Airport was last due to open. DW spoke to locals in the municipality of Schönefeld, home to Berlin's infamously unopened BER. (03.06.2017)

After a long farewell, Berlin's Tegel Airport is undergoing transformation 25.06.2021