Climate protection: Where do the EU′s right-wing populists stand? | Europe | News and current affairs from around the continent | DW | 26.02.2019

Climate protection: Where do the EU's right-wing populists stand?

The EU's right-wing populists generally have little interest in climate protection, a new study shows. However, that hasn't stopped Germany's AfD and Britain's UKIP from voting against it in the European Parliament. 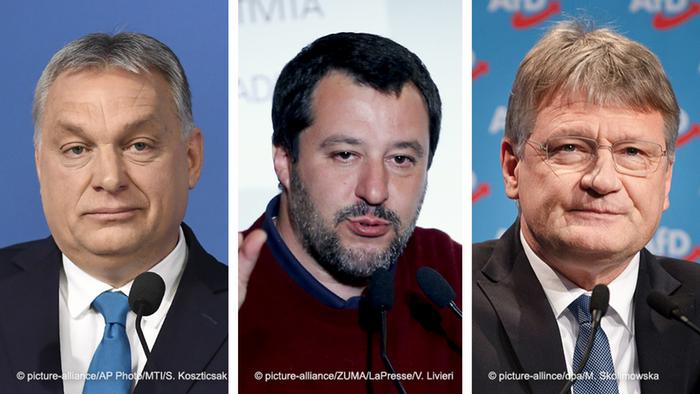 Right-wing populists are projected to make significant gains in the European Parliament elections in May. That could shape the debate in Brussels — not only on migration and border management, but also on climate protection.

A study by the Berlin-based Adelphi think tank takes a closer look at where the most powerful right-wing parties in the European Union actually stand on the issue of climate change and environmental protection. The researchers surveyed election programs, public statements by party leadership and press releases, as well as key votes on climate and energy policy in the European Parliament.

The study found that for most right-wing populists, climate change is either not an important issue, or they do not believe it exists, or they believe it is not man-made. Two out of three lawmakers from the right-wing populist spectrum in the European Parliament regularly vote against climate and energy policy measures, according to Alexander Carius and Stella Schaller, the authors of the study. Right-wing populists currently hold 15 percent of the seats in the European Parliament, but account for 48 percent of the votes against measures on the issues of climate and energy.

With regard to climate protection, Carius and Schaller identified three categories of right-wing parties. 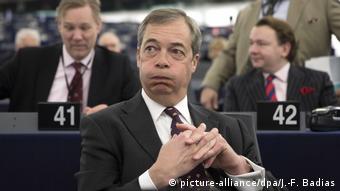 Seven of the 21 parties they examined belong to the group of "deniers and skeptics" who dispute, or at least cast doubt on, scientific findings about the influence of human actions on the climate. The group includes the Freedom Party of Austria (FPÖ) and the Swedish Democrats. According to the study, the Alternative for Germany (AfD) and Britain's UKIP in particular vehemently deny climate change.

In fact, "denying climate change is a key feature of their profile," the authors say. The AfD has close ties with the European Institute for Climate & Energy's climate skeptics, according to Berlin's Tagesspiegel daily. Last year, AfD lawmaker Karsten Hilse referred to man-made climate change as a misconception.

The next category comprises the "cautious" parties. According to the study, 11 parties either have no explicit position on climate change or attach little importance to the issue, including Italy's Lega Nord and Poland's Law and Justice party (PiS), as well as the National Rally in France.

The third group, the "approvers," are an exception: only Finland's nationalist Finns Party, the Latvian National Alliance and Hungarian Prime Minister Viktor Orban's Fidesz party acknowledge the danger climate change poses to the world. Orban has even spoken out in favor of the Paris Climate Agreement. The authors of the study make it clear, however, that while Fidesz emphasizes the global nature of the problem, "what they do for climate protection on the national level is weak." 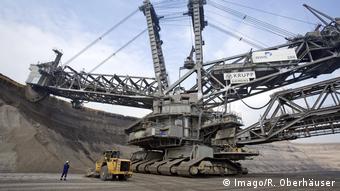 According to the study, right-wing populists often reject climate protection measures in the European Parliament because they tend to be multilateral by nature, which means they expect international cooperation beyond national borders. Many right-wing populists are skeptical about possible climate protection measures because they fear damage to their respective domestic economies: Both the PiS and the AfD are fighting for a continuation of coal mining, for example.

"Lignite will be indispensable for the foreseeable future," the AfD stipulated in its program for German state elections in North Rhine-Westphalia in 2017. Fear of losing out to countries with less strict environmental regulations — such as the United States or China — is often part of right-wing populist campaign rhetoric.

The parties also often argue that climate protection measures are an unjustified burden on consumers and workers due to higher electricity and gas prices and the phase-out of jobs in the coal mining sector. Marine Le Pen of the far-right National Rally is currently vying for the votes of the yellow vest protesters who have objected to, among other things, a higher taxation of fossil fuels.

However, right-wing populists are not necessarily skeptical of every climate protection measure, the study's authors point out.

Not just black and white

Right-wing populists do disagree massively on some climate-related issues, including renewable energy. Lega Nord in Italy aims to expand renewable energy production, just like the FPÖ in Austria. Le Pen demands cutting the use of fossil fuels to make France "less dependent on Gulf states like Saudi Arabia, that send us not only their oil, but also their ideology."

Germany's AfD rejects wind farms and is fighting against the country's Renewable Energy Sources Act. The criticism of a renewable and sustainable energy supply is based on the outdated assumption, the study says, that it is considerably more expensive than conventional sources.