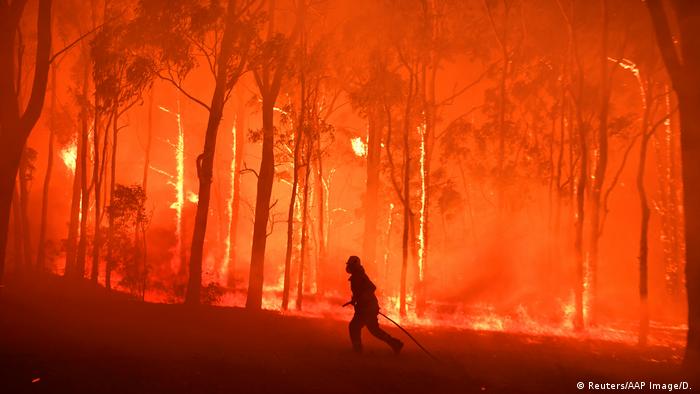 This time last year, as Australia emerged from winter to spring, the first flames of the devastating season that has since become known as Black Summer, had already begun burning their way through areas of bushland.

Although at the time long-term drought had rendered the ground and vegetation across much of the country kindling dry, and though scientists were warning that conditions were ripe for danger, the scale of the inferno to come would have been hard to predict.

Australia is no stranger to fire, which has long played an imperative role in maintaining the health of the country's forests, but by the end of the season, the fires had left no state untouched, had burned 17 million hectares of land, claimed at least 33 lives, killed or displaced three billion animals, and destroyed some 3,000 homes. They had also prompted deeper debate around the question of how to live with a growing frequency of fire in a warming climate.

Rachael Nolan, a fire ecologist at the Hawkesbury Institute for the Environment at Western Sydney University, is part of a team working on gaining a better understanding of when and where fire might strike. 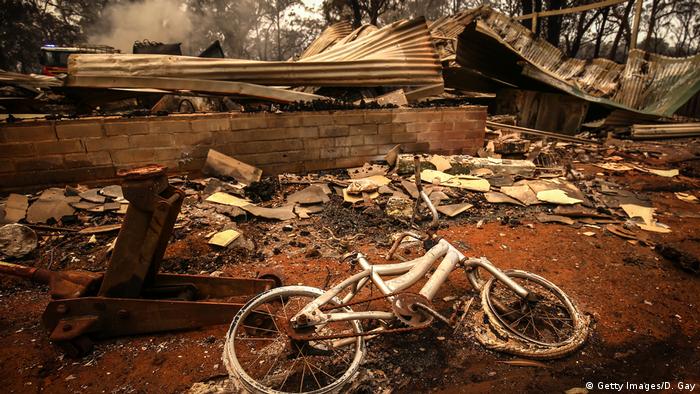 The remains of a house burned down in December last year in a small town in New South Wales, Australia 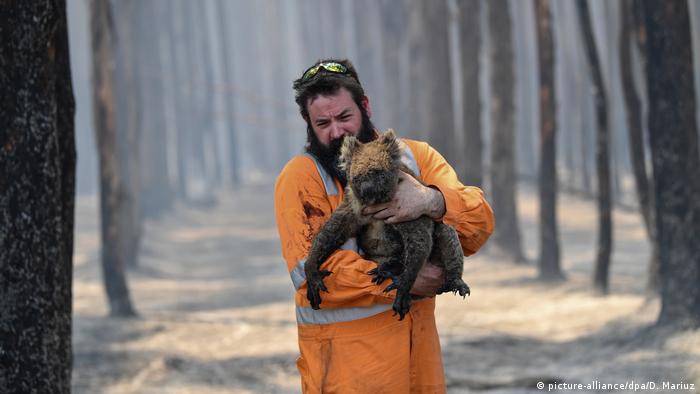 Koalas were badly hit in the fires, which also destroyed vast areas of their habitat

She and researchers from a network of universities across the country are exploring ways to combine data on weather forecasts with satellite monitoring of vegetation dryness to create a warning system that would "get information out to people so they have time to start preparing their properties, make sure they don't have vegetation close to their homes and that there is good defensible space."

For her, it is a question of finding ways to live safely with the risks. "We will never be able to stop fire in Australia, but we can potentially better protect people."

Two frequently cited preventative measures relate to the where and how of building homes to accommodate a growing Australian population. According to Richard Thornton, CEO of the Melbourne-based non-profit Bushfire and Natural Hazards Cooperative Research Centre, old policies and settlement patterns are proving "inadequate for the challenges of the future," and often intensify the exposure to risk.

He says the choice of where to build should factor in the land's geography and any previous history of natural disaster — be that fire or floods on low-lying coastal regions — and that new structures should be as hazard-resistant as possible. But he also sees a need for a change in thinking.

"Our research shows many Australians struggle to understand that we live in a country where natural perils exist and that the actions required to increase our safety are sometimes inconvenient and threaten the very things we value."

It's a complex conversation. For society at large, but in some instances, also on a more individual level. Sarah and Thomas Gurich who live in bushland two hours west of Sydney are a case in point. Though their ridge-top house was spared in the 2019/2020 fires, they have come dangerously close to two fires in recent years, to feel the proximity of the threat.

"He is very much on the front foot of fire management," she said, making sure they have enough water and that fire pumps are ready if they are needed. "Whereas I tend to pack the car to store things in town every summer and just kind of live with this strange sense of dread." Gurich says she won't grow old in the bush, and if she were able to convince her partner to leave, she would already be living somewhere less fire-risk prone. But as long as they do stay on the top of their ridge, she says they have to be sensible, prepared, and perhaps most of all, aware of the risks.

California faces many of the same problems as Australia

Thousands of miles away, in California, Timothy Ingalsbee , former firefighter and executive director of Firefighters United for Safety, Ethics and Ecology (FUSEE) says an awareness and understanding of fire risk and is often painfully lacking. Or simply overlooked.

"People are still desperately clinging to the old paradigm of preventing and suppressing wildfire," he said, adding that while it is not possible to "fire-proof" the planet, it is possible to protect homes both that are less vulnerable and in less vulnerable places.

"Most homes are burned down from embers in the sky," he said, adding that very often surrounding trees are barely singed. "What we're finding is that houses, human-built structures are more flammable than surrunding trees. But you can build a house that won't ignite so easily from a tiny ember, and you can build it several miles away."

According to the state fire authorities, California has experienced thousands of fires so far this year, many of which — as in Australia — occur naturally and serve the ecology of the forest. Yet as they have burned, they have claimed seven lives and damaged or destroyed 3,000 structures.

"It's very frustrating," Ingalsbee said. "Because you have these urban wildfire disasters that are tragic and so preventable, so avoidable."

Fire can 'happen at any time'

Up in the hills of San Diego county, ecologist Dave Hogan has been noting the changes to his environment over the past decade. As the years have rolled into one another, he says they've brought longer, hotter and drier summers — and a resulting higher fire risk.

"It's always in the back of my mind," he said. "Now that fire has become a year-round phenomenon due to climate destruction, it can happen any time." 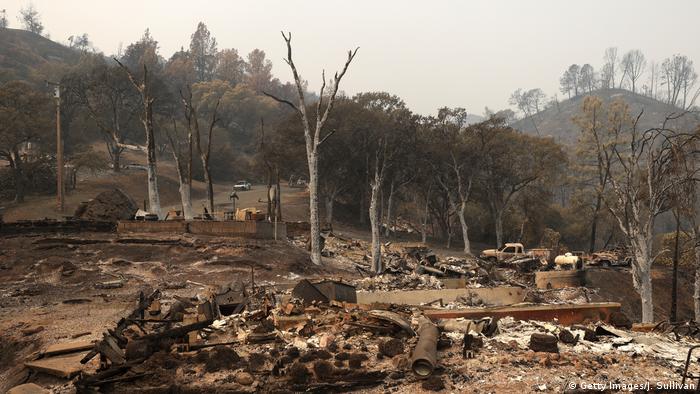 The burned remains of a home destroyed in California's August fires 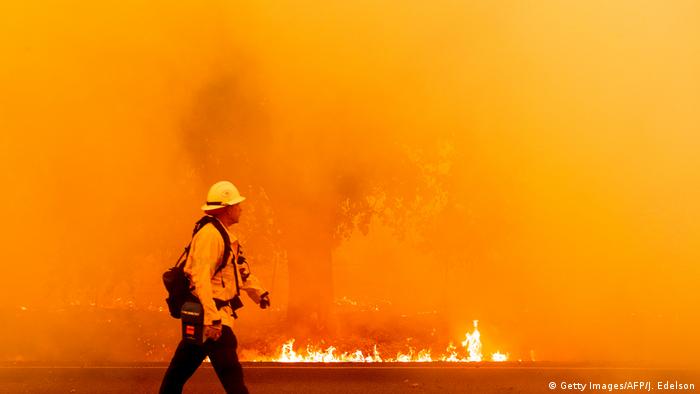 As the ground dries out from climate change, forest regions are more likely to burn more often

That though, he has also noted, has not stopped the authorities in San Diego from approving the construction of homes in "high-risk areas" — even in the past year — in what he calls "a recipe for disaster" that turns a profit for developers, and leaves taxpayers to pick up the tab for firefighting.

Ingalsbee believes society has separated wildfires out from other forms of natural disturbances, such as tornadoes, hurricanes or earthquakes.

"Somehow we consider wildland fire to be different, we see it as it's one thing we can prevent, stop and control," he said. "That's an enormous folly. We are still investing a lot in fighting fire instead of learning to adapt and live and work with it."

A folly that he believes will, in the mid- to longer-term future, result in some residential areas being abandoned; given back to nature. "In some places that will happen — if not by an enlightened shift in thinking, but just by exhaustion and giving up."