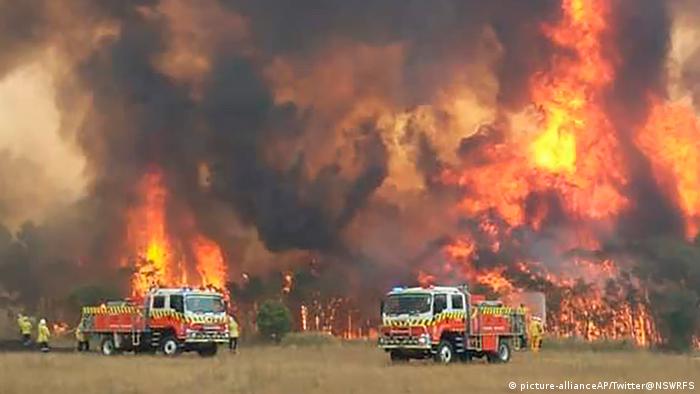 Australia's parliament on Tuesday paid tribute to those who lost their lives and the valiant efforts of firefighters duringthe nation's devastating bushfires.

"As we face the challenges that remain active, as we confront and face the devastating drought compounded in so many places by these fires ... Australians will not be overwhelmed,'' Prime Minister Scott Morrison said.

"These fires are yet to end and danger is still before us in many, many places, but today we gather together to mourn, honor, reflect and begin to learn from the Black Summer that continues," he added.

Relatives of the nine firefighters who were killing battling the fires were present in the public gallery. The US ambassador to Canberra, Arthur Culvahouse, represented the families of two American airmen whose plane crashed while assisting in the emergency response.

At least 33 people and more than 500 million animals have been killed in the fires that have raged from late 2019 and have continuted into early 2020. Thousands of homes have been destroyed and 12 million hectares of land burned.

As Morrison led the commemoration, hundreds of protesters gathered outside demanding action on climate change and criticizing the prime minister's delayed response to the tragedy.

Morrison has faced public criticism for vacationing in Hawaii while citizens were fleeing for their lives. His stance on climate change and support for Australia's massive coal industry has drawn international reproach.

An out-of-control bushfire presents an immediate threat to the Australian capital and the surrounding regions. Fires in Australia have killed 33 people and an estimated 1 billion animals since September. (31.01.2020)