Across the Alps, glaciers have lost half their volume since 1900. And there is no letting up: Melting has accelerated since 1980. Most Alpine glaciers will be gone by the end of this century, scientists say. 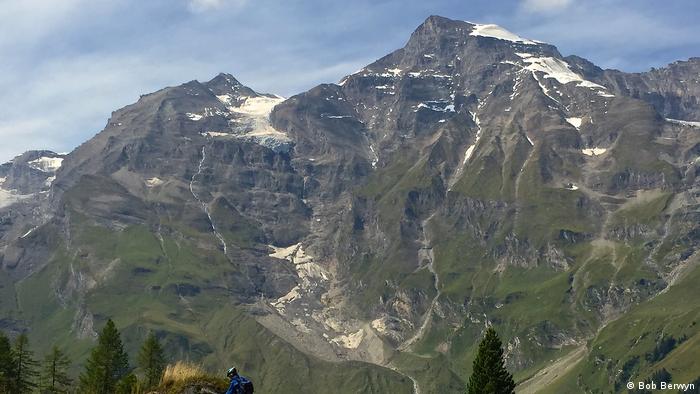 "It's almost time to say farewell to our glaciers," Austrian mountain farmer Siggi Ellmauer said, looking at the craggy summits across the Pyhrn valley. After a tour of the nature camp he's building for school kids, Ellmauer talks about how climate change is reshaping his world.

"As a child, I never would have thought they could vanish. Even 20 years ago there were still patches of ice up there on those north-facing slopes. I've watched, we've all watched the glaciers shrink here and across the country," he said.

"When will they all be completely gone?" 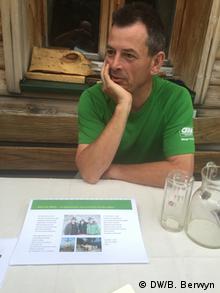 Most glaciers in Austria and across the Alps are going to disappear by 2100, scientists say. There is already enough heat-trapping pollution in the air to melt nearly all the ice, even if greenhouse gas emissions are cut to zero immediately, said climate physicist Carl-Friedrich Schleussner, who works as a scientific advisor for the NGO Climate Analytics.

Some future climate impacts could be mitigated by limiting global warming to 1.5 degrees Celsius (2.7 degrees Fahrenheit) - but not the demise of alpine glaciers, he added.

A few shards of ice will linger in high shady crags, but the powerful rivers of ice that carved the valleys as recently as 150 years ago will be gone. The climate will probably be too warm for new glaciers to form for centuries to come, Schleussner added.

Extreme melting continued last year, said Andrea Fischer, who heads the team of scientists and volunteers at Österreichischer Alpenverein, an alpine organization in Austria that compiles annual reports about glaciers. The latest findings were released this April. However, glacier Landeck Kees grew by 1 meter - it's believed that was due to a combination of topography. If the glacier melts back to a place where the terrain is slightly steeper, it may bolt downhill a bit faster. As more meltwater lubricates the base, this accelerates the glaciers' movement.

The Alpenverein's glacier records go back to 1870 - and the new figures confirm melting intensified sharply in the 21st century, just as global temperatures soar to new record highs nearly every year.

Glacier ice is the largest reservoir of freshwater on Earth, holding more water than all lakes, rivers, soils and plants combined.

Reduced flows or seasonal changes in volume resulting from dwindling glaciers could be more noticeable in the smaller streams in the highest valleys. There, it's likely be have impact on river life, including bugs and fish, as well as riverside habitat like shrubs and trees that are, in turn, important for birds.

Scientists are studying those effects, but haven't reached definitive conclusions yet. 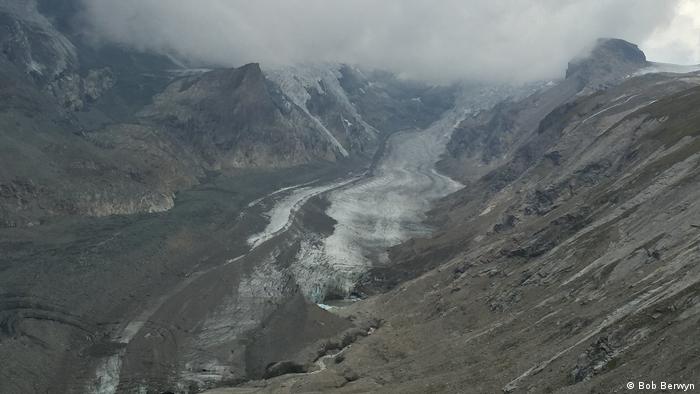 Extensive melting was documented in the latest report, despite relatively good conditions: Spring snow formed a reflective layer, and the snow-free season was shorter compared to previous seasons, which helped prevent even worse melting, according to Fischer. In the previous year, three glaciers had retreated by more than 90 meters. 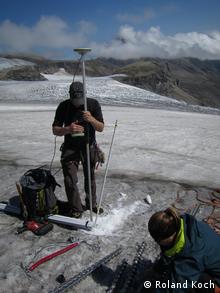 Neureiter says the decline is plain to see

Austria's glaciers are not only losing in length - that is, how far they extend down the valley - they are also becoming thinner, said Anton Neureiter, a glaciologist with Austria's central Institute for Meteorology and Geodynamics (ZAMG) who monitors ice mass on 12 glaciers both north and south of the main crest of the Alps.

Standing near the snout of Austria's largest glacier Pasterze, Neureiter prepares to drill into the ice until he hits the rock below. He's checking the same spot every year to find out how much the ice sheet has thinned.

Neureiter says the most striking thing is actually that he doesn't even need his equipment to observe the glacial meltdown.

"It's so tangible. You can see the changes from year to year, even month to month, every time you visit the glacier," he said before drilling into the ice. "This glacier is dying. It's falling apart," he added, pointing to the dirty gray and brown piles of rotten ice at the edge.

The Pasterze is the largest Austrian glacier near its highest peak, the Grossglockner. It's thinning by about 1 meter (3 feet) per year on average, and by about 9 meters (29.5 feet) near the glacier's snout.

Glaciers on the retreat

A recent update from World Glacier Monitoring Service says the Austrian decline is in line with recent global averages.

The world's glaciers outside the polar regions contain enough water to raise global sea level by 0.3 to 0.6 meters (1 to 2 feet), which would swamp some low-lying islands and worsen coastal flooding during storm surges and hurricanes. About 670 million people would be affected.

Eagle’s eye of view of the Alps

As Alpine glaciers retreat because of climate change, golden eagles are being trained to soar above the mountains armed with cameras to document their vanishing beauty for a new nature film. (23.12.2016)

A court case brought by a Peruvian farmer against energy firm RWE started today in Germany. Melting glaciers are threatening his home and city. The causes are climate change and RWE's huge carbon emissions, he alleges. (24.11.2016)