A court case brought by a Peruvian farmer against energy firm RWE started today in Germany. Melting glaciers are threatening his home and city. The causes are climate change and RWE's huge carbon emissions, he alleges. 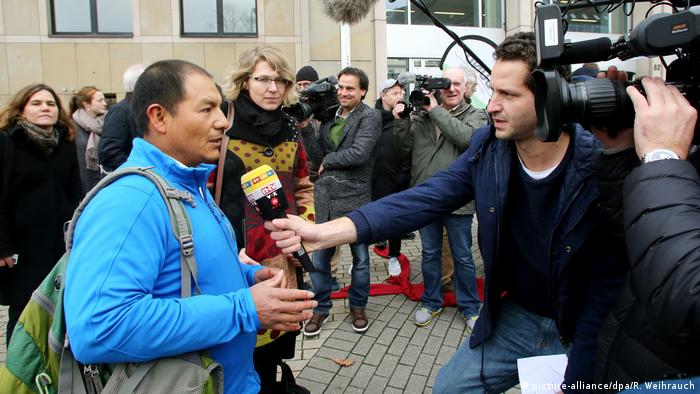 A Peruvian farmer and mountain guide is suing German energy firm RWE, alleging its contribution to climate change is threatening his home, in a trial which began today in the District Court of Essen, Germany.

Saúl Lliuya hails from Huaraz, a city located in the Andean Mountains in western Peru, and says his family and a large part of the city are facing catastrophic flooding as global warming melts a nearby glacier.

As a result, water levels in the mountain lake above the city are increasing, meaning that his family home could be swept away by a 30-meter high flood wave. "It's a time bomb," said lawyer Roda Verheyen.

RWE's coal power emissions contribute to around 0.5 percent of global climate change, so the company should have to pay around half a percent of the measures required for protecting Lliyua's home and the area, alleges the plaintiff, who is being supported by environmental organization, GermanWatch. 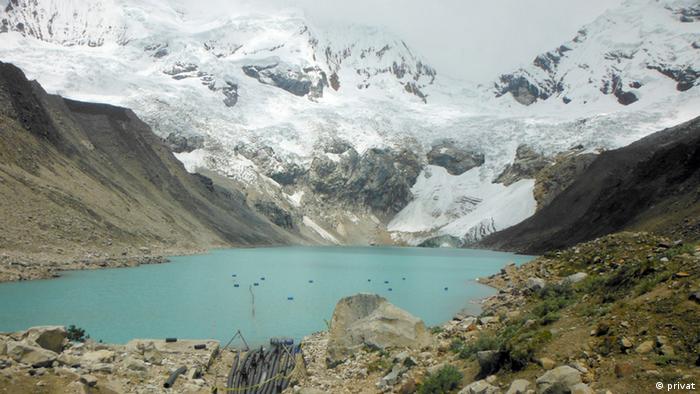 The glacial lake above the city of Huaraz. Melting and collapsing glaciers are threatening a flooding catastrophe

The 36-year-old father of three is calling on RWE to take on financial responsibility for the damage. In concrete terms, the farmer is asking the court to rule that RWE must bear the cost of future safeguards in accordance with its share of CO2 emissions.

Safeguards include decreasing water levels in the glacial lake to lessen the risk of flooding. Lliyua is calling for a contribution of 17,000 euros ($18,000) for the municipality to undertake such work, as well as 6,300 euros ($6,700) for protective works already undertaken on his own house.

Furthermore, emitting CO2 in this case is not illegal as RWE has authorization under carbon emissions trading laws, adds the energy giant. RWE states the case is also unwarranted because climate change is a global problem that has to be solved on a state and international level. That means individual companies should not be held responsible.

Success on the horizon? 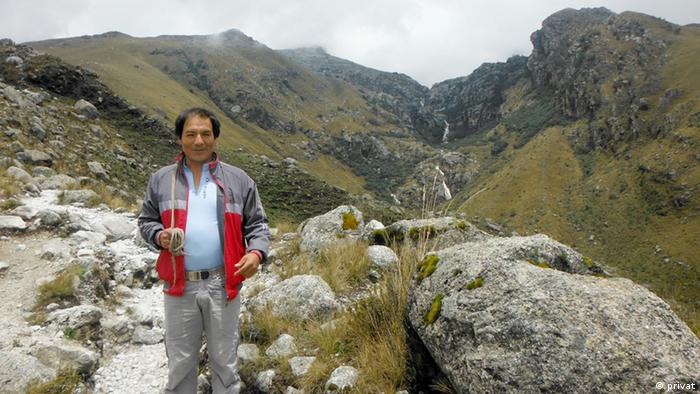 Small farmer Saúl Luciano Lliuya at his home. Today a court in the German city of Essen will begin hearing his case against RWE

From a legal standpoint, a victory for the plaintiff seems unlikely. Similar cases have failed in the past on account of a lack of evidence showing the defendant is specifically responsible for possible damages.

In 2013, the U.S. Supreme Court rejected a case brought by the city of Kivalina in Alaska against ExxonMobil. The plaintiffs believed the oil company should pay damages, alleging it was partly responsible for rising sea levels and the threat of flooding.

Still, Lliyua's David and Goliath fight is happening at a time when many states are increasingly taking a critical view of the use of fossil fuels. During the climate conference in Paris a year ago and the latest summit in Marrakech in November, the vast majority of delegates agreed that the world should move away from coal, oil and gas.

The court will make an announcement in December. The case is attracting considerable public interest, as it could set a precedent in Europe. It is the first time a German civil court has been asked to rule on whether a company contributing to climate change can be held responsible for costs relating to it.