'Climate change can affect all of us'

A landmark report by a UN expert panel highlights how climate change impacts societies around the world. While certain factors could affect everyone, developing nations are most vulnerable, co-author Koko Warner says. 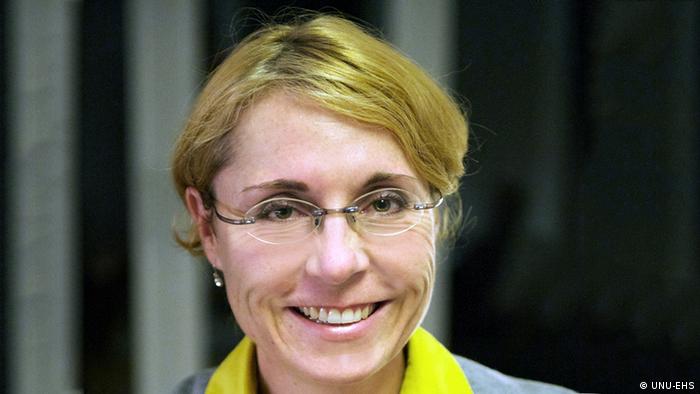 The Intergovernmental Panel on Climate Change publishes a new report every seven years or so. For its latest report, the IPCC has compiled scientific consensus on three topic areas: the science of climate change, how it impacts society, and possible solutions. The first part was published last year - the second part, focusing on the impact of climate change on society, came out on Monday (31.03.2014). Koko Warner is one of the lead authors.

Deutsche Welle: What are your findings?

Koko Warner: The main focus is the implications climate change has on society - those things that matter most to us, like food production, how our societies live, where we live, peace, conflict, all sorts of things like that.

In 2007, one of the messages of our last report was that climate change is expected to affect vulnerable countries first, and worst. Countries in very exposed areas - particularly in developing countries, like Bangladesh in Asia, many African countries, many Latin American countries, that ironically those that have the least ability to adapt to changes in weather and changes in the climate - will be affected the worst.

Now, we know more about what groups in vulnerable countries will be affected and how. But also how climate change affects the most important things in our countries and our communities. 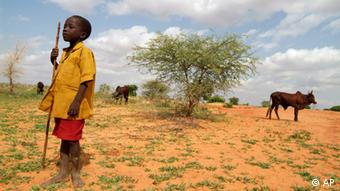 Climate change combined with other factors can cause unexpected food shortages

Food production - several of the underlying reports indicate that the majority of the world's population will be affected by shortfalls in coming decades. That has huge impacts on the price of food, the availability of food, the distribution of food.

A colleague of mine from the World Food Program told me that Ethiopia has something like 200,000 metric tons of grain on store. [Which means] if Ethiopia faced a massive food shortage, they would have four days to feed the population. And when people get hungry, things can get unstable quickly.

Which are the most vulnerable groups, who will be most affected?

We find that those households which have better education, better social networks, better links to formal and informal institutions, will usually be better off economically. For the most vulnerable, they have less education. When something bad happens, like a food shortage, rather than sending a child to the next city or another country through migration to earn remittances and send them back, it's the head of household who goes, in the hunger season, exactly when the head of household is needed on the family farm.

What is your chapter about? 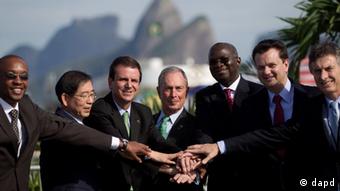 Politicians will have to take decisive action, Warner says

I'm a lead author for Chapter 20, which is the capstone of Working Group II. Our task is to understand what the implications are of climate for climate resilient development. How does climate change affect the things that we care most about?

In the past the message has been - we have climate change, it is real, it is established in scientific evidence. So now, society has to adjust. What we are finding, is of course we will adjust. But there are consequences and tradeoffs. Our decisions or lack of decisions set the trajectory for society - if decision-makers take no decisions, we will still be on a trajectory for certain climate change impacts that we may or may not be able to deal with in society.

Can you give an example of a country or society that will be affected by a certain decision?

All of our societies will be affected by climate change, there are no exceptions. But the impacts will be different. For example in Germany, there has been a lot of discussion about the "Energiewende," changing the energy systems. If we change our energy systems now, some jobs will be lost. That's expensive, but some jobs will be created in the future, it could look like that. Those are the kids of tradeoffs decision-makers grapple with today, and we try to support them and inform those decisions.

Could people also make decisions like that on an individual level, or is it mainly on a larger scale? 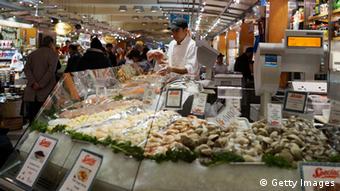 Individual decisions on consumption can make a difference, Warner thinks

About 40 percent of our trash is made up of thrown-away food. And that's a major challenge, food security. At an individual level, our shopping decisions, our consumption patterns, what we store, what we throw away are absolutely critical. Those individual decisions - when you add them up, they make a huge difference. But of course the behaviorial change has to happen at every level.

In the discussion about the post-2015 development agenda, what about climate as an issue for development?

My hope is that the findings of all three parts of this IPCC report will inform decision-makers and really bring home the message climate has an essential profound impact on our development goals. We're talking about jobs, were talking about education, we're talking about the ability to make economic progress. The things that we care about most in Germany, in the US, in Ethiopia, in China, those goals can be profoundly affected by climate change.

What makes you hopeful that politicians will really make decisions now?

Next year is the most important year for [United Nations] policy-making in the 21st century. And we plan the next climate agreement in Paris, so there is a window of opportunity to affect how those leaders will see development and how climate change might impact that. My personal hope is we will be able to inform policy makers to take solid decisions.

'Climate change has no borders'

Scientists from Germany and Africa are teaming up to study the effects of climate change. Anna Shiweda, deputy director of an international research center in Namibia, believes both sides have a lot to gain. (24.03.2014)

Listen to the entire interview