'Climate change has no borders'

Scientists from Germany and Africa are teaming up to study the effects of climate change. Anna Shiweda, deputy director of an international research center in Namibia, believes both sides have a lot to gain. 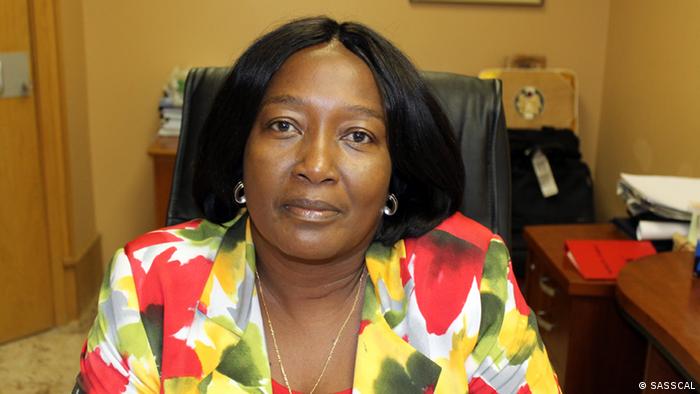 As part of Germany's goal to strengthen cooperation with Africa in education and research, around 400 experts from Africa and Germany have met to put forward recommendations for a future Africa strategy.

One pilot project involves two regional centers to study climate change in western and southern Africa, to which the German Federal Ministry of Education has contributed 100 million euros ($138 million). Anna Shiweda is deputy director for the southern Africa center in the Namibian capital Windhoek.

DW: What does cooperation with Germany in the field of education and science mean for you?

Anna Shiweda: It means a great deal to Namibia. We have created this initiative between five southern African countries with Germany as the main funder. Climate change already plays a very important role in Africa, because climate change has no borders. Germany came in to provide financial assistance and capacity building to our five countries, to help manage climate change and our land management systems.

Do German experts also come to Namibia to share knowledge?

Can Africa learn something from Europe in this area?

I think we can learn from each other. There are those skills that we in Africa don't have, and in Germany they also have moved further because of the infrastructure and the resources. They can help us in many respects and they can also learn from the African perspective.

What can Germany learn from Africa, precisely?

The way that climate change is affecting Africa is completely different to how it is affecting Europe. Our land management is something different, they can also learn how to combat land degradation from our perspective.

What is the future outlook for the project, especially after this conference?

The project started in 2009. The agreement was signed in Windhoek [the capital of Namibia] by the ministers responsible for research in their respective countries. We have established a regional office there and have already recruited an executive director. We also have to recruit the staff to man this regional office and to work from country to country.

We are grateful that Germany is still committed with the funding, and we also have to talk to our governments to get them to co-fund this initiative. The German resources will not always be there, therefore the African countries have to take the initiative to see how we can take this process forward.

Anna Shiweda is the Deputy Director of SASSCAL, a project co-funded by the German government to study climate change in five southern African countries. Shiweda is also the Deputy Permanent Secretary for Namibia's Ministry for Agriculture, Water and Forestry.

The effects of climate change in Africa are becoming more apparent but have received little coverage in the African media. DW Akademie organized a workshop to coincide with the UN climate conference in Durban. (12.12.2011)

Namibia, Angola, Botswana and South Africa admit that climate change is a problem. Yet, instead of joining hands to tackle it, they argue over water and land. A German– African initiative is determined to change this. (15.05.2012)

Hepatitis E is one of the least understood forms of the disease. For Hepatitis Day 2022, DW looks at why it affects the world's most vulnerable people.