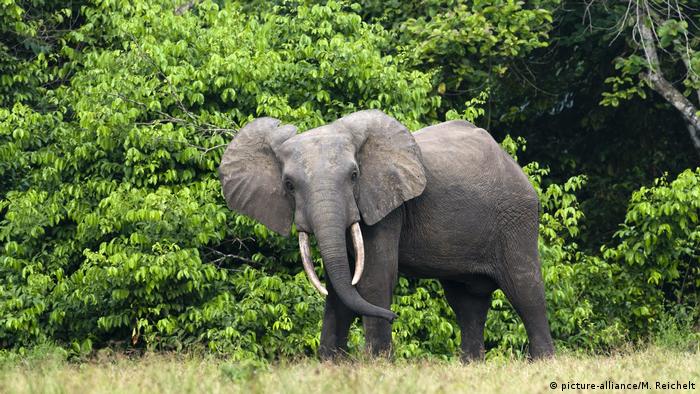 Conservationists are celebrating a win for the African elephant after an endangered wildlife summit voted down proposals that would have loosened restrictions on the ivory trade by allowing one-off sales of stockpiles. But they warned the vulnerable animals aren't safe as long as legal loopholes exist that allow illicit ivory to enter markets.

"We're pleased with the outcome," Matt Collis, policy director at the International Fund for Animal Welfare (IFAW) told DW. "But frustrated also that we have to spend all this time having that discussion again when there's so much work that needs to be done."

Zimbabwe, Nambia and Botswana had put forward a motion at the CITES summit that would have allowed them to trade ivory in certain conditions, saying the money — Zimbabwe has a stockpile worth $300 million (€270 million) — would be used for expensive conservation.  Zambia had proposed being allowed to sell its raw ivory and permit trade in hunting trophies for non-commercial purposes.

But Kenya, backed by several countries in the African Elephant Coalition (AEC), opposed the motion. They say one-off sales increase demand for ivory, making poaching more likely across the continent. Illicit ivory can be passed off as legal ivory with false certificates. This all makes protecting Africa's dwindling elephant populations more difficult.

The 2016 Great Elephant Census appears to back Kenya's argument that one-off sales lead to a continent-wide decline in elephant populations. 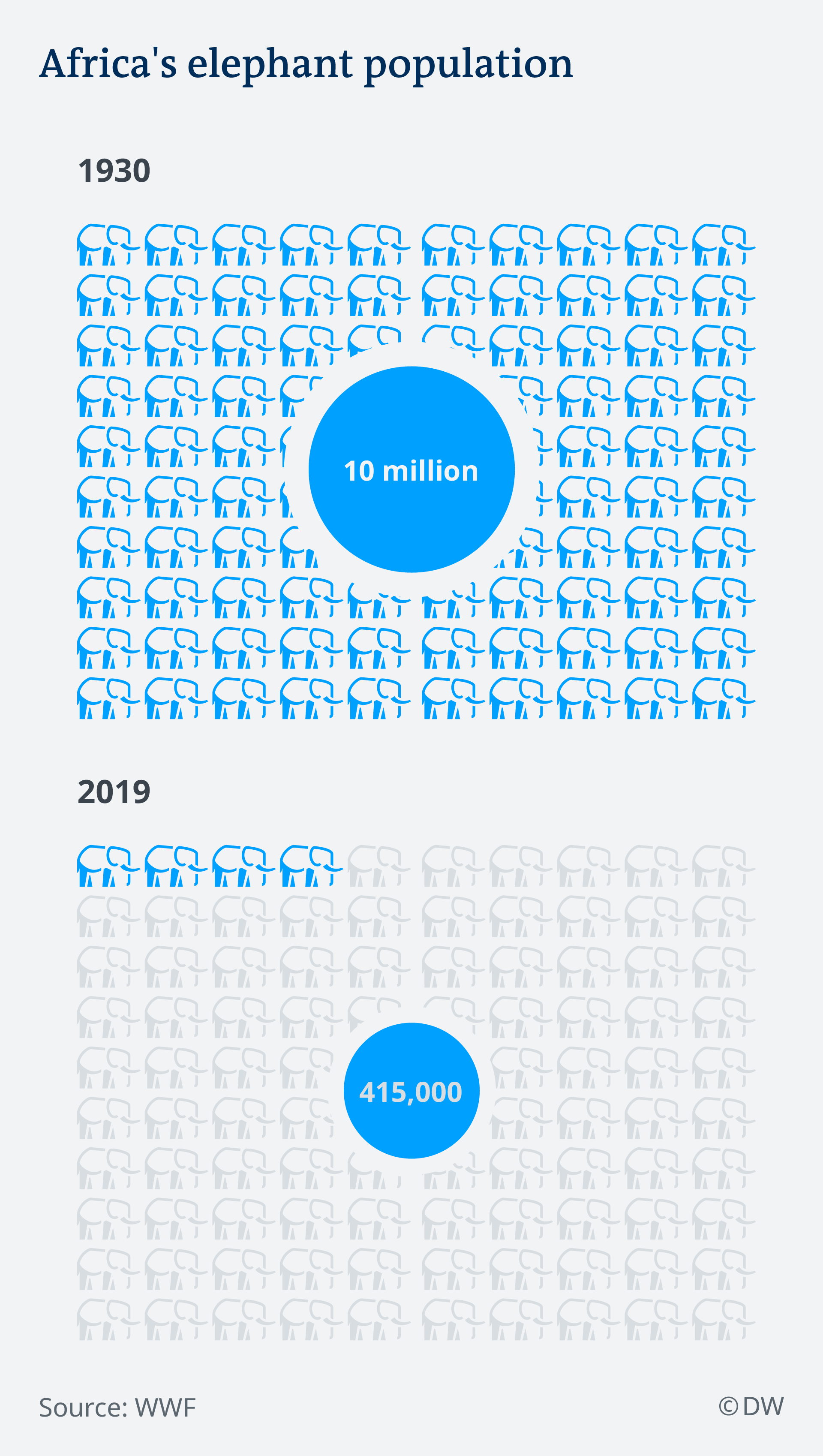 Elephant numbers had started to recover after an international ivory trade ban agreed in 1989 under CITES, a global treaty regulating international wildlife trade and aimed at protecting endangered species. But following a one-off sale of ivory from elephants that had died naturally in 2008 — by the same countries looking to loosen restrictions — their numbers started to decline again.

"That to us was a failed experiment and we're really glad to see that governments rejected the idea of repeating that," said Collis, adding that now remaining legal markets have to be shut down, because they drive poaching and allow for the smuggling of illegal ivory.

The EU and Japan: the elephants in the room

The countries selling their ivory in one-off sales under CITES have to find legal places to sell their wares, and there are few left. The UK and the US recently shut down their domestic markets, and China, which once drove much of the world's demand, stopped its trade in 2017. Singapore has also closed its doors to the controversial product. 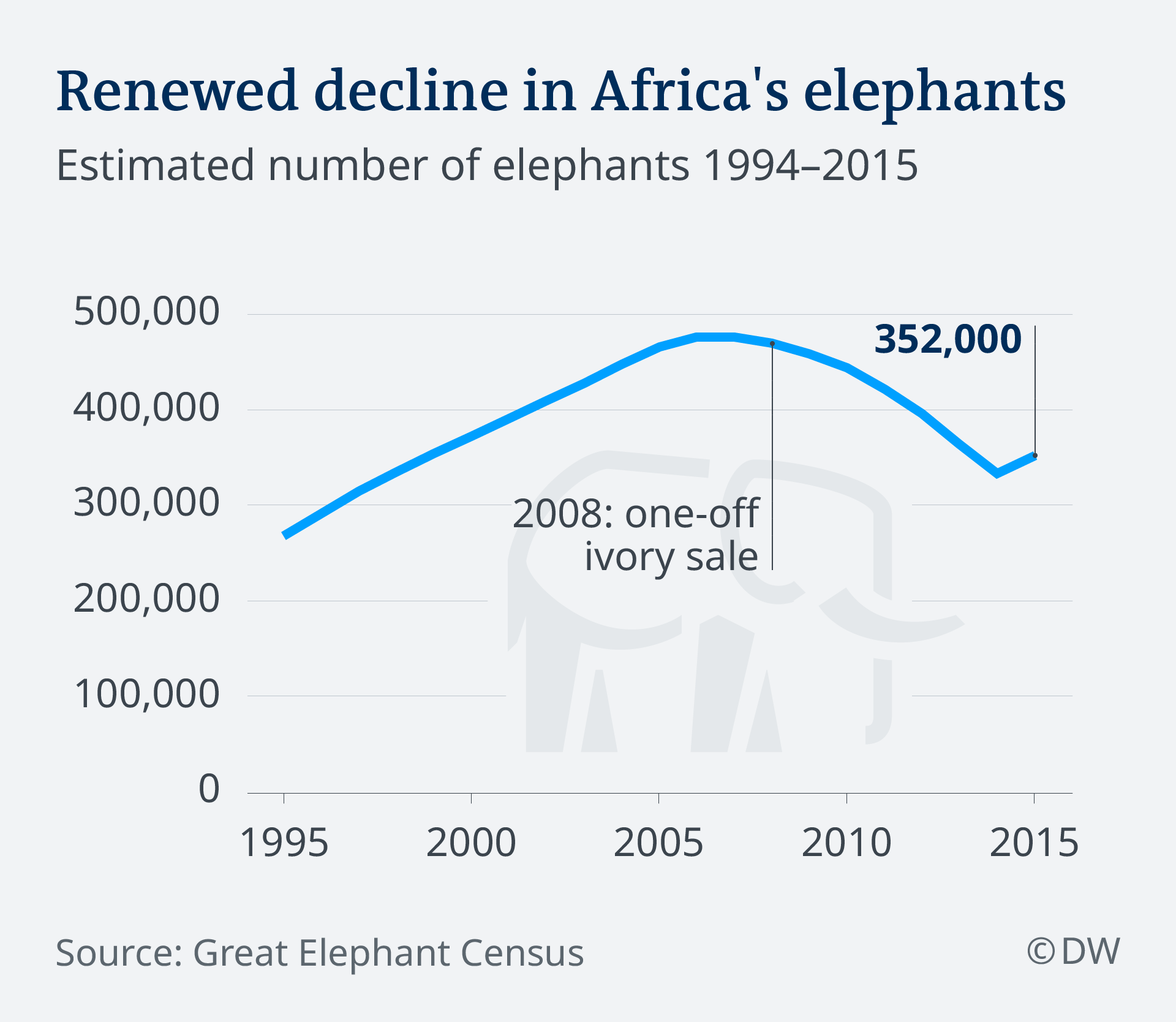 Japan is now the world's biggest market for ivory. Despite coming under criticism at this year's CITES, the country seems unlikely to take action. It maintains Japanese demand is not driving poaching.

"There's plenty of evidence that markets like Japan's do drive demand and poaching," said Keith Lindsay, a biologist and specialist in pachyderms. "These are seen as prestige items, as a wonderful, valuable thing and certainly there are beautiful ivory carvings, so even selling old antique pieces gives new ivory value."

The European Union also came under fire at the summit for allowing the trade — albeit restricted. The bloc regards ivory from before 1947 as antique, and therefore allows it to be traded freely. Ivory from before the CITES ban but dated after 1947 can be sold with a permit. Critics say the EU should halt all trade because its market provides a cover for ivory trafficking.

In 2018, activist platform Avaaz and scientists from Oxford University tested 109 "antique" ivory products legally purchased from countries all over Europe, including Germany, Ireland and Spain. Using radiocarbon dating, the team found that 75 percent of samples came from after 1947, some from animals alive in the 2000s. 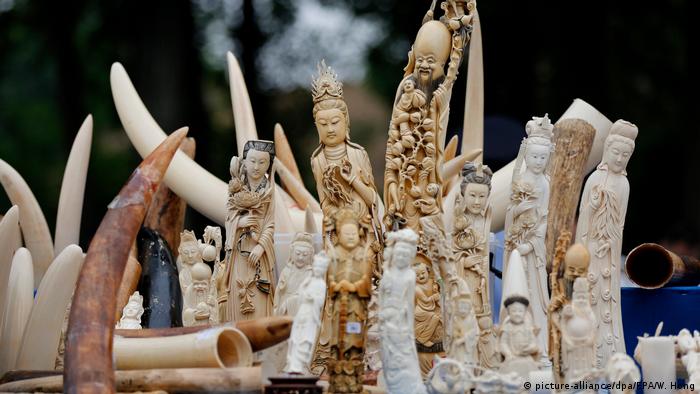 Illegal ivory is sometimes passed off as antique ivory pre-dating 1947, which can be sold freely in Europe

"It was a small sample size but it suggests if you did a larger more thorough investigation, you would find more," said Lindsay, adding that just about every major domestic ivory market has closed down. "I can't understand why the EU thinks it has a better understanding of how the ivory trade works than the rest of the world."

At CITES, the EU said it would introduce new regulations for its ivory market, but did not say what those measures would entail.

Given the global ban on international trading in elephant ivory, the revelation has fueled something of a mammoth rush, with people vying to get their hands on the estimated 500,000 tons of the precious material beneath the ice. The prehistoric animals tusks aren't covered by the ban.

But that might soon change, with Israel proposing mammoths be added to the CITES list. A decision on this will be taken in the coming days, but if the proposal is endorsed, it would mean mammoth ivory could only be traded using permits.

It seems like an unusual move to place an extinct animal on a list ostensibly meant to protect living species. But the proposal is actually about protecting African elephant populations, said Shira Yashphe, a vet and wildlife consultant, and member of the Israeli CITES delegation. 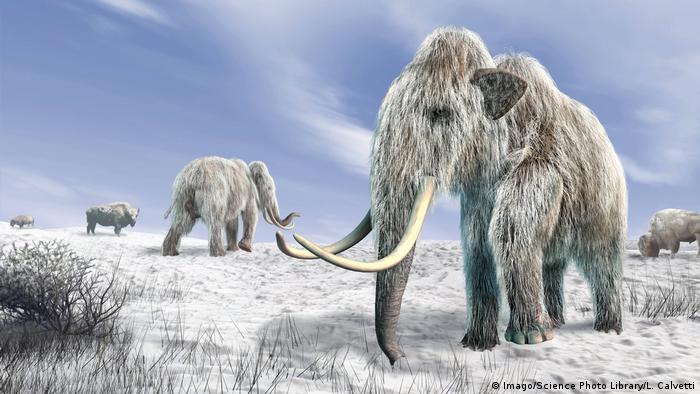 The woolly mammoth is long extinct, but could help to save the African elephant

"Elephant ivory can't be that easily distinguished from mammoth ivory, so there's a chance it could be mislabeled to launder elephant ivory," Yashphe told DW.

A 2017 study by wildlife trade specialists TRAFFIC on the US ivory market showed such cases had already occurred, noting an antiques dealer in New York who had purposefully identified illegal elephant ivory as "carved mammoth tusks."

"We know the market is growing. There's been a five-fold increase in the number of tons moved every year out of Russia (the main exporter of mammoth ivory). Regulating it will allow us to study it and understand impact and scope," Yashphe said, adding she's hopeful the CITES states will accept the proposal.

Read more: Conservation and fashion: What is the impact of using exotic animal skins?

In the meantime, while countries continue to squabble over the ivory trade, African elephant numbers are still falling — 20,000 are illegally killed each year. Time is not on their side.