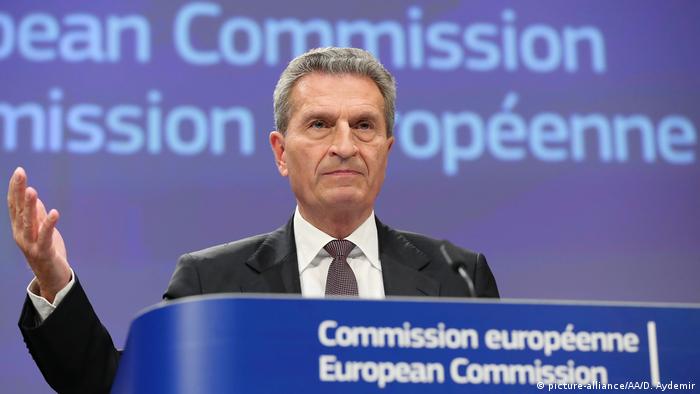 The EU's budget commissioner, Günther Oettinger, proposed on Sunday giving the bloc the right to deny Chinese-funded infrastructure deals in Europe if they don't serve the EU's common interests.

The call came a day after Italy signed on to China's Belt and Road Initiative (BRI), an ambitious infrastructure project that has raised concerns in many EU capitals.

"Countries that believe they can do clever business with the Chinese will wonder when they suddenly wake up in dependency," he said in an interview with Germany's Welt Am Sonntag newspaper.

Lucrative offers in the short term will soon leave a bitter aftertaste, he added.

What is China's Belt and Road Initiative? It's a sweeping infrastructure program that has seen Beijing make major investments in ports, roads, airports and railroads in Asia, Africa, and parts of Europe.

Why's it so controversial? Since it began in 2013, the initiative has been marred by complaints that it leaves partner countries with huge debts and, as a result, beholden to Beijing.

Italy's deal worth billions: Rome officially joined the initiative on Saturday, becoming the first G7 nation to do so. The deal includes Beijing's €7 billion ($7.9 billion) investment in the strategic Italian ports of Genoa and Trieste. Several other deals in the energy, steel and gas pipeline sectors were also inked.

The "distortive" effects of China's economic policies and growing power top the agenda on the final day of the EU summit. Leaders are looking for ways to counter what they describe as a "systemic rival." (22.03.2019)