Chinese smartphone maker Xiaomi has seen its shares drop markedly in its trading debut. The firm's IPO was overshadowed by last week's deterioration of the US-China trade conflict and bearish investor sentiment. 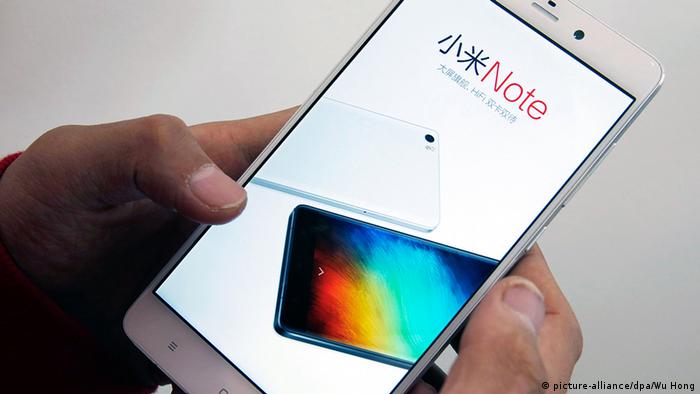 After Xiaomi's IPO in Hong Kong, shares dived almost 4 percent in morning trading on Monday, falling as much as 5.9 percent at one point.

Investors felt a lack of confidence even before public trading started, selling their shares at a discount on the grey market last week.

Despite being one of the most anticipated Chinese technology IPOs this year, Xiaomi saw a disappointing valuation of $54 billion (€46 billion), well below its ambitious $100 billion target.

The company had grown from a small startup to become the world's fourth-largest smartphone vendor at the end of last year. Founder Lei Jun described Xiaomi as a new species of company, pursuing a "triathlon business model" combining hardware, internet and e-commerce services.

But doubts about the sustainability of its business model were among the reasons for the lower valuation, analysts said.

Beijing-based Xiaomi is the first firm in Hong Kong to trade with a controversial dual-class structure since listing rules were overhauled to allow weighted voting rights for different sets of shareholders.

Right now, "nothing can help because the sentiment is no good at the moment," said Kingston securities analyst Dickie Wong.