The German development minister has warned African businesses against taking out loans from China. At the same time, the German Finance Ministry is hoping Beijing will be using more financial services from overseas. 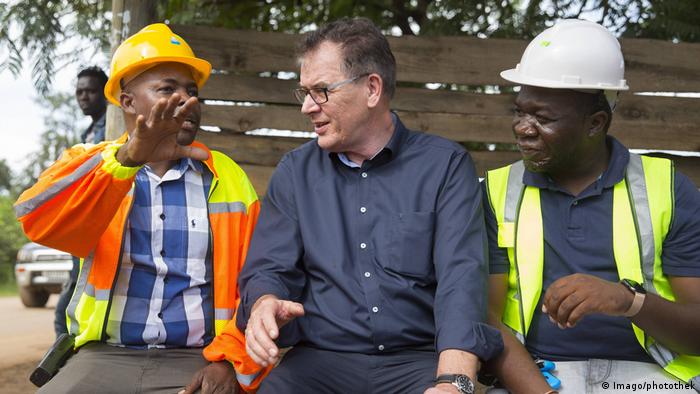 When German Finance Minister Olaf Scholz visits China on Thursday, he will be skating on thin ice.

Germany's largest trading partner used to be a good customer, but now China has turned into one of its strongest competitors on the global market and has been protecting its own market rigorously.

During his two-day visit, the German minister wants to help the finance sector in his country get a foot in the door in the Asian nation. "The German government wants to enhance bilateral cooperation in the finance sector," a spokesman for the Finance Ministry told reporters in Berlin ahead of Scholz's visit.

"We'll need to debate how to open the Chinese market for our banks and insurance companies," the spokesman added. Scholz is hoping for a constructive round of discussions, which are also to focus on credit rules set by the Paris Club. This is to make sure that loans granted by China for building projects in poorer nations do not turn into huge debt traps.

The Paris Club is a group of officials from major creditor nations that have agreed to find sustainable solutions to payment difficulties experienced by debtor countries, with a focus on transparency.

Transparency in financial dealings was also high on the agenda of German Development Minister Gerd Müller when he visited Africa last week. He warned emerging economies against becoming too dependent on loans from China.

"Chinese investments in developing nations and emerging economies are often rather untransparent with regard to the strings attached to granted loans," Müller told the news agency DPA. But he, too, reserved some praise for China, saying it was good to see the country showing such a great interest in Africa. But that interest had to result in sustainable investments, he demanded during his visit to Zambia.

Zambia, he added, had profited from a debt cancellation scheme, but was now highly indebted again, the minister pointed out, saying he was worried about this development. 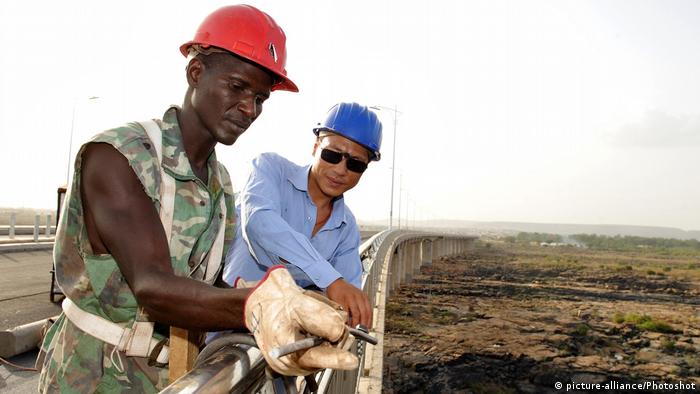 According to unconfirmed reports, Zambia had used its state-owned electricity supplier Zesco as collateral in its loan deals with China. Back in 2014, Zambia's debt amounted to 36 percent of its gross domestic product. The International Monetary Fund (IMF) estimates that the figure will rise to 77 percent by the end of this year.

China has invested heavily in African infrastructure projects over the past few years. More often than not, those projects were carried out by Chinese firms and staff. Sometimes China granted loans which were contingent on the fixed-price sale of natural resources. Experts have frequently branded such deals as being detrimental to the credit recipients.

It's not that easy to find out exactly how much money the Chinese have pumped into Africa. This is because Beijing doesn't transfer loans from banks or companies through any established channels such as the Creditor Reporting System, the OECD or the International Aid Transparency Initiative. In addition, Chinese banks are usually cagey about any credit agreement details.

However, John Hopkins University researchers estimate that between 2000 and 2017 credits worth $143 billion (€125.5 billion) have been pumped into Africa — provided by Chinese government offices, lenders and companies. Chinese loans peaked in 2016, the researchers said.

Angola alone received almost $43 billion in loans from China in the 17 years under review.

Port in a storm

The German development minister mentioned Sri Lanka where the government had agreed to make a new port a Chinese-owned property for 99 years in a debt-balancing maneuver.

Warning voices are now also being heard from African leaders themselves, and the message has reached Beijing. During his trip to Ethiopia earlier this year, Chinese Foreign Minister Wang Yi emphasized that "we know about some African nations' financing difficulties," adding that his country had nothing to do with them, though.

"Africa's debt issue dates far back in history — neither is it a new phenomenon, nor is China to blame for it."

Between 2000 and 2014, Ethiopia borrowed $12 billion from China, and counting. During last year's China-Africa summit, President Xi Jinping said in Beijing his country would invest another $60 billion in Africa in the next three years. A good proportion of this sum is bound to be loans again.