A decade after the Sri Lankan Civil War, the country’s economy is growing fast. The government has big plans, but high debt levels — and high levels of Chinese influence — cast a cloud as the country seeks investors. 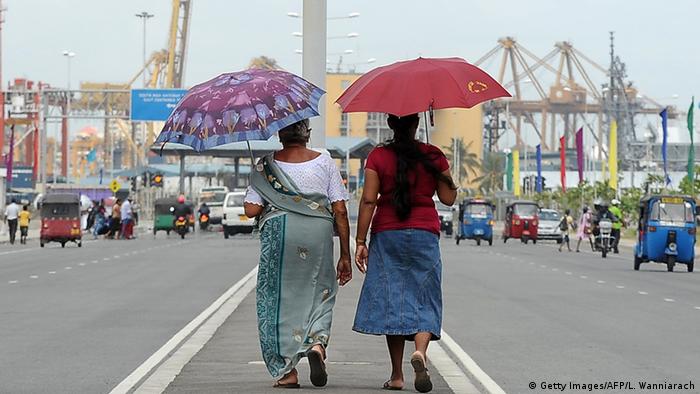 You don't need to be an expert on international trade routes to look at a map and understand that Sri Lanka's location is one of potentially serious economic advantage.

The island nation — population 22 million  — sits at the southern tip of India, almost as close to the Middle East and the Horn of Africa as it is to Southeast Asia.

The value of this location has not been lost on its northern neighbor China. Under Xi Jinping's so-called 'Belt and Road Initiative,' the Chinese government has pumped billions into Sri Lanka in the form of both foreign investment and loans in recent years.

This reliance on Chinese money is part of a long-standing Sri Lankan problem. With a major trade deficit, as well as crippling levels of debt, the country needs foreign money. China has rushed to fill the gap more enthusiastically than anyone else.

The current Sri Lankan government came to power in 2015, when it replaced former President Mahinda Rajapaksa's administration. His government had been unabashedly eager to seek Chinese money, regardless of the costs, and it left the incoming government with a major web of deals — and debt — to untangle.

The need to diversify Sri Lanka's export base, and indeed to woo other sources of foreign investment, has been a clear platform of the current government's strategy.

It's part of the reason why a high-powered business and government delegation, led by the country's minister of development strategies and international trade, Malik Samarawickrama, has been visiting Germany this week.

"We have just launched a national export strategy in Sri Lanka," Indira Malwatte, chairperson of the Sri Lanka Export Development Board, told DW during her visit to Berlin.

"We have identified electronic and electrical components, food processing, ship building and information and communications technology as areas where we could attract German companies to come and invest in the country."

Close to 50 percent of Sri Lankan exports are from the clothes and textiles sector, while tea alone accounts for 10 percent. The need to expand and diversify that base is clear.

As well as expanding its export base, the Sri Lankan economic strategy also includes cultivating a reputation as a regional hub for start-ups in the IT sector. 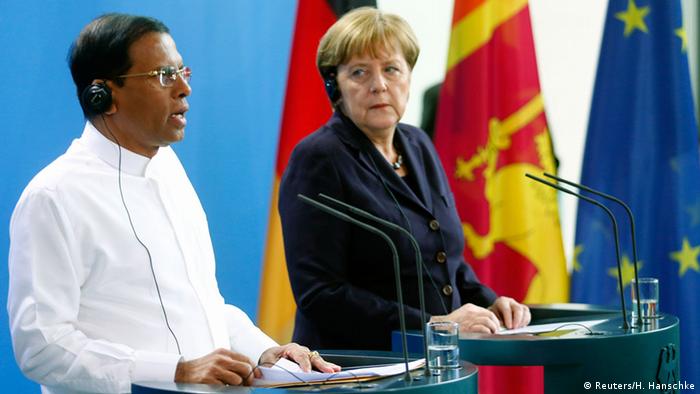 Sameera Nilupul, the fresh-faced founder of a human digitalization and computer graphics company in the capital Colombo, told DW that since he founded the company in 2015 with two other people, it has grown to have a staff of 32 and is thriving. He says that the Colombo start-up environment has blossomed rapidly over the last few years and that the potential for further expansion and innovation is obvious.

But it is impossible to avoid the China questions. The signature selling point on this trade mission is "Port City," an ambitious project which seeks to reclaim 269 hectares of land from a section of Colombo's port and turn it into a special financial zone and international financial center.

"A financial hub where south Asians could come and experience a standard of living and services that they cannot experience anywhere else in the region at the moment," Liang Thow Ming, chief sales and marketing officer for the project, told DW.

Given that the land reclamation stage is not yet completed, and that the official plans say Port City may not be fully operational for at least 25 years, the project is in its extremely early days.

Yet whether these ambitious plans say more about China's intentions or Sri Lanka's is an important question. The project is powered by Chinese money and is being driven by the China Harbor Engineering Company, a subsidiary of the massive state-owned China Communications Construction Company.

China's level of involvement in Sri Lanka's business strategy has led to accusations that it has wider motives, particularly in the context of its continuing involvement in several territorial disputes in the South China Sea. 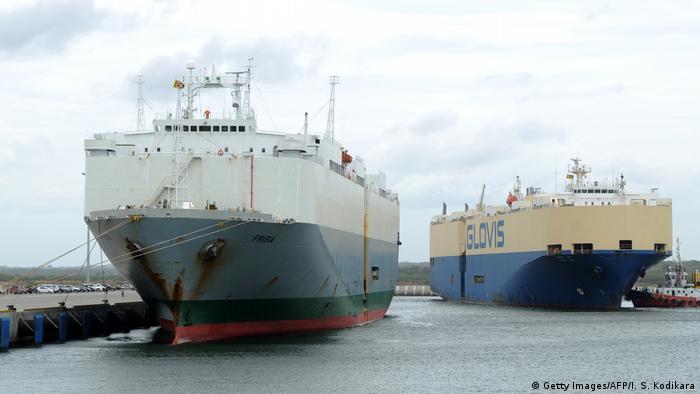 "I think we understand those concerns," Liang, a native of Singapore, told DW. "Whether we endorse those concerns is a separate issue altogether. What we have, in real estate terms, is a willing seller, willing buyer situation.

"You have a country, Sri Lanka, which is in need of investments. They can't find investments anywhere else. They try to get investments from China, and China, coincidentally, is looking to invest. Therefore, there is a match."

Yet while the Port City project has attracted plenty of criticism, it pales in comparison to that which another Chinese-backed scheme has attracted: that of the Hambantota port, on Sri Lanka's southern coastline.

Pursued by the Rajapaksa government and backed by vast sums of Chinese money from the start, the port has so far proven not to be economically successful, with critics saying this is because the area is far too underpopulated and has inadequate industry and infrastructure to sustain an international port.

The criticism has intensified since China took ownership of the port as a result of the fact that Sri Lanka could not service its debt on it.

A recent article in The New York Times laid out in extensive detail how the acquisition of the port unfolded, as well as highlighting concerns that China's intentions went beyond mere economics.

Malik Samarawickrama, the Sri Lankan International Trade Minister, told DW in Berlin that the accusations in the article were "baseless and unfair" and said that the new government had developed a new plan to make the port viable.

"Earlier there was no plan," Samarawickrama said. "They [the previous government] built it and were just waiting for things to happen. But now we have set up a business plan and we are sure that in four or five years' time, we can achieve it. We want to develop that port. We believe that Hambantota is in the right place."

Liang fully agrees, and says that the port has "huge potential." He sees the planned completion of a new highway between Colombo and Hambantota, expected to be finished by October 2019, as a key "success factor" for the future viability of the port.

According to Samarawickrama, not just in his political role but also as a Sri Lankan citizen, he has no concerns about China's wider role in his country at present.

"I don't think that that we need to worry too much," he told DW. "Our relations with China are based on purely commercial viabilities and we believe that will continue to be the case and that we will not have any political pressure as such."

He says his government's focus has been on economic matters, and on those, they remain optimistic.

"I think we are ready, the economy has stabilized and now we are looking at bringing in investment and increasing our exports.

"We believe that is the only way to go forward — to move from a debt-filled, inward-looking economy to a private sector-led, auto-oriented economy. We have laid the foundations. The results won't be seen in the next couple of months but the foundations have been laid so in the next five or six years, we will get the result that we need."