ZTE had failed to take promised remedial actions after conspiring to illegally ship US goods to Iran. The US reacted to that failure by slapping a seven-year ban on US sales to the Chinese phone maker. 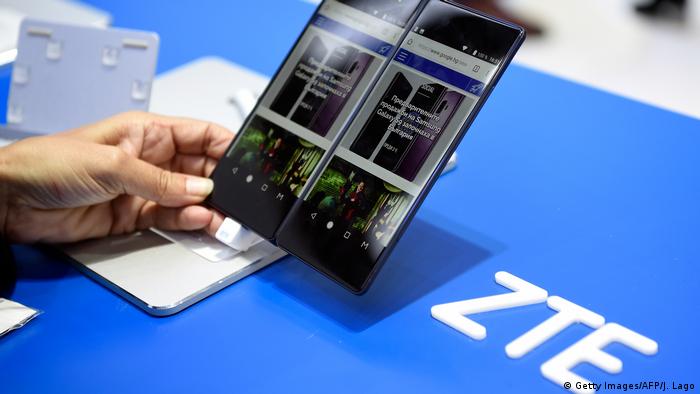 China said on Tuesday it would protect its "rights and interests" after the US banned American companies from selling parts to Chinese phone maker ZTE for seven years.

The ban followed ZTE's failure to comply with a 2017 agreement with the US government to discipline employees who had overseen plans to ship equipment to Iran.

Read more: China renews pledge to 'fight back' in trade row with the US

US ban on ZTE sales:

China's Commerce Ministry said it would "stand ready to take necessary measures to safeguard the legitimate rights and interests of Chinese companies."

ZTE said it was examining the US decision and communicating with "relevant parties."

Severe action: The US ban threatens ZTE viability as the company is estimated to receive 25 to 30 percent of its components from US firms. ZTE shares, which trade in Hong Kong and Shenzhen, have been suspended.

ZTE under suspicion: The Chinese company has raised concerns among US lawmakers about how independent it is from the Chinese government. In February, two Republican senators proposed blocking the US government from buying or leasing ZTE products.

Trade scuffle: The US ban has come amid a broader trade dispute between Washington and Beijing that began after the US announced tariffs on steel and aluminum. Both sides have since threatened retaliatory actions, raising fears of a trade war breaking out between the world's two largest economies.