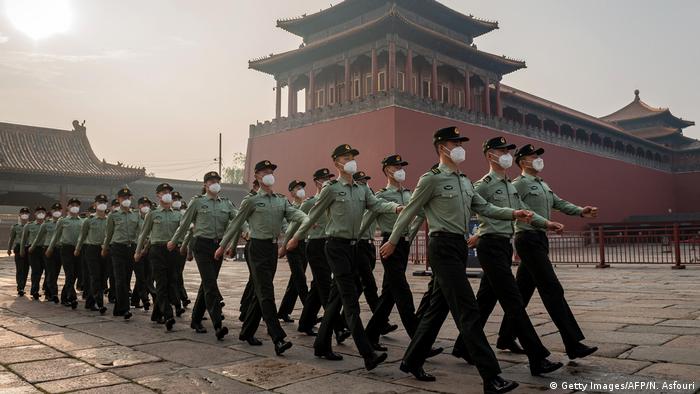 China is planning to step up its preparedness for armed combat and improve its ability to carry out military tasks, reported state TV on Tuesday, citing Chinese President Xi Jinping.

The decision has been influenced by the impact that the coronavirus pandemic is having on national security, added Xi.

The country's performance in fighting the new coronavirus has proved the success of military reform, Xi was quoted as saying. China's armed forces should also explore new ways of training amid the pandemic, he added.

Xi said that the military's role in the prevention and control of COVID-19 proved that people's army had been "heroic," reported English-language state-owned news broadcaster China Global Television Network.

China's leader made the comments during a plenary meeting of the delegation of the People's Liberation Army (PLA) and People's Armed Police Force, taking place on the sidelines of the annual National People's Congress (NPC).

Xi is the chairman of the Central Military Commission, the national defense organization issues directives relating to the PLA, including senior appointments, troop deployments and arms spending.

There have been increasing fears in Hong Kong – that operates a "one country, two systems" principle that Beijing is trying to increase control in the city.

In November 2019, PLA troops were spotted on the streets of Hong Kong taking part in a clean-up effort, following months of violent pro-democracy protests against a controversial extradition bill.

Early this week, during the NPC, China announced a draft bill for a new security law for Hong Kong. The law aims to ban secession, subversion, terrorist activities, and foreign interference in the city, after months of violent pro-democracy protests last year. It would also see a national security agency set up in the former British colony.

The US, Britain and the EU have expressed concerns over the draft law.

Chief Executive Carrie Lam said a controversial security law will not impinge on the city's rights and freedoms. Her comments followed major protests against the draft bill. (26.05.2020)