Experts assigned to help Pakistan combat its locust infestation have stepped-back from an earlier proposal of deploying some 100,000 ducks to devour the plague of crop-ravaging insects. They suggested pesticide instead. 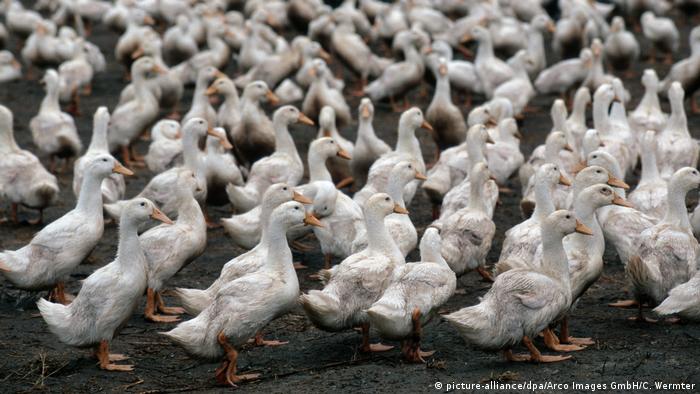 A team of experts in China has said that sending thousands of ducks to locust-invaded Pakistan might not be the best solution as the dry-desert like environment of the country is not suitable for the water-loving bird.

A Chinese local state media report said earlier on Thursday that 100,000 ducks would be sent from the country's Zheijiang province to Pakistan to eat-up the billions of locusts that are causing mass crop devastation.

Pakistan declared a national emergency earlier this month, saying locust figures were the worst in more than two decades. The media report initially stated ducks would be deployed to the worst affected affected areas  — Sindh, Balochistan and Punjab provinces. China had used ducks in the past to chomp through crop-damaging locusts.

The initial media report generated 520 million views on China's popular social media platform Weibo with netizens rooting for the birds by posting comments including "Heroic ducks in harm's way!" and "Go ducks! I hope you come back alive!"

Professor Zhang Long, a member of the China Locust Disaster Control Task Force and a professor at China Agriculture University, told reporters the Chinese ducks would not be suited to the environmental conditions in Pakistan.

"Ducks rely on water, but in Pakistan's desert areas, the temperature is very high," Zhang said. He and the other members of the Chinese specialist group have been designated to help Pakistan fight the locusts.

Instead, Zhang advised the use of chemical or biological pesticides, and suggested using an aircraft to deploy the pesticides, according to China's CCTV.

Pakistan's locust infestation has already caused extensive damage and its potential for large-scale destruction is raising fears over food insecurity.

East Africa and India have also seen mass crop destruction due to locust invasions. In January, the UN called for international help to fight swarms of desert locusts sweeping through East Africa.