Prime Minister Imran Khan declared the emergency to protect crops and help farmers. The Pakistani government said it was the worst locust infestation in more than two decades. 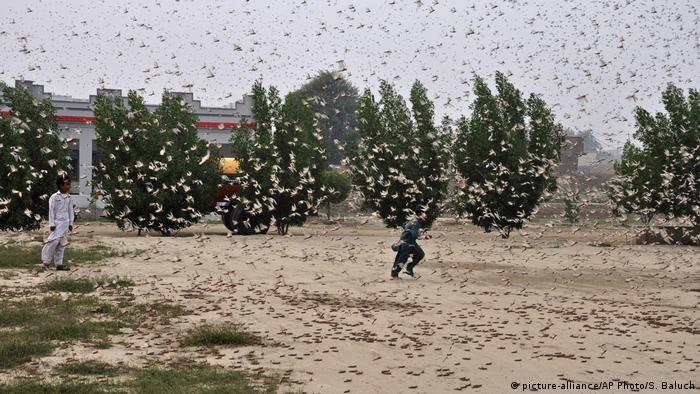 Pakistan's government declared a national emergency on Saturday in response to swarms of desert locusts in the eastern part of the country.

Prime Minister Imran Khan made the emergency declaration following a government briefing on the situation on Friday.

"We are facing the worst locust infestation in more than two decades and have decided to declare national emergency to deal with the threat," Information Minister Firdous Ashiq Awan said on Saturday. 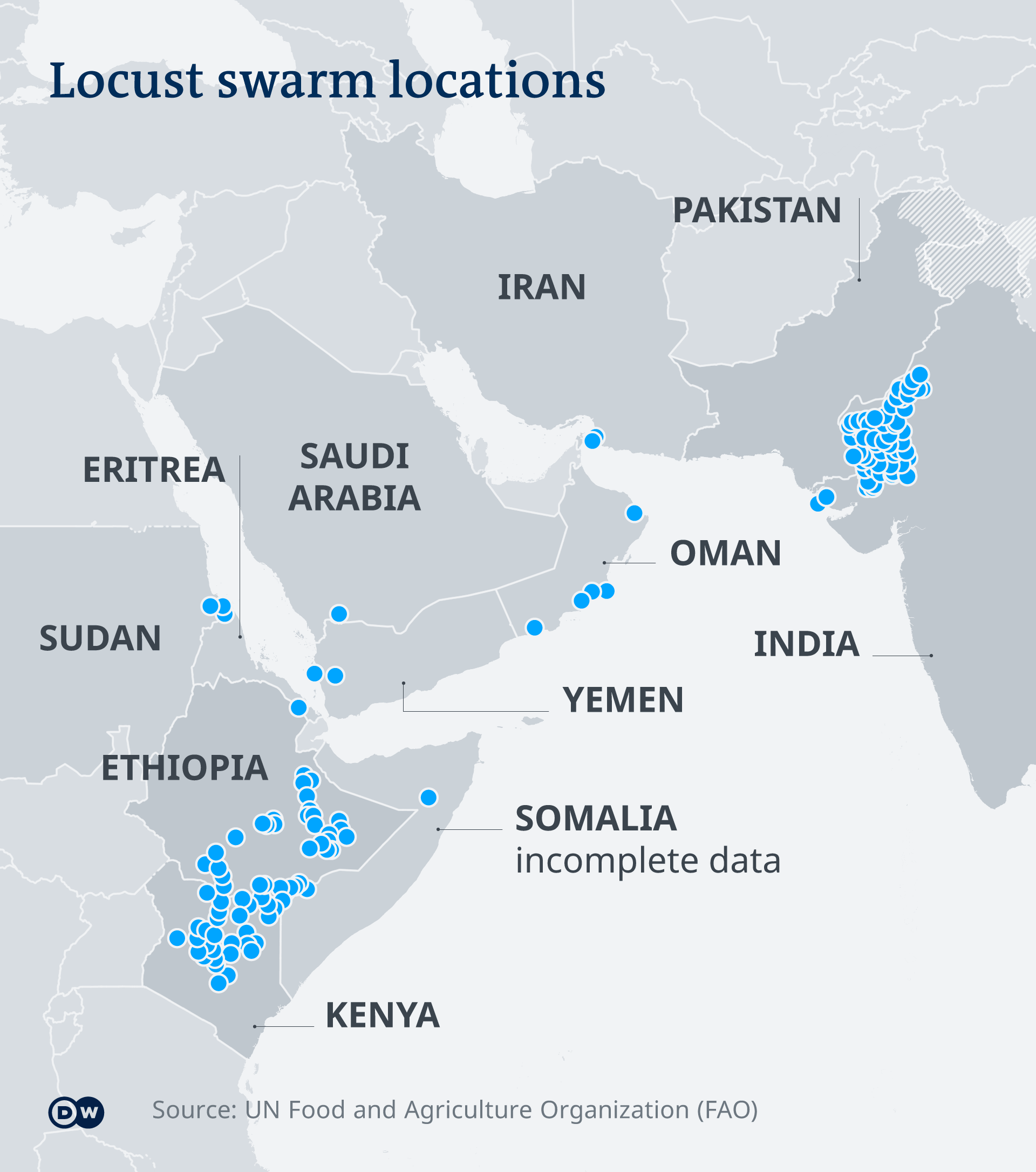 Their potential for large-scale destruction is raising fears of food insecurity.

National Food Security Minister Makhdoom Khusro Bak­h­tiar said the locust swarms were currently on the Pakistan-India border around Cholistan and were previously in Sindh and Balochistan, Pakistani newspaper Dawn reported.

"The locust attack is unprecedented and alarming," Bak­h­tiar told Pakistani lawmakers in a briefing on Friday.

"Action has been taken against the insect over 0.3 million acres (121,400 hectares) and aerial spray was done on 20,000 hectares," he was quoted as saying by Pakistani newspaper The Express Tribune. "District administrations, voluntary organizations, aviation division and armed forces are put into operation to combat the attack and save the crops," he added.

Prime Minister Imran Khan pledged to tackle the issue, adding that protection of agriculture and farmers was the government's priority.

"The federal government will take all possible steps and provide required facilities to protect crops from any possible danger with special focus on the danger of locust," Khan said, according to Dawn.

The last time Pakistan saw a serious threat of locusts was in 1993. Currently, locust swarms are affecting neighboring India and countries in East Africa.

On Sunday, Somalia declared its locust infestation a national emergency. The locust invasion has swept over the Horn of Africa, devastating crops in one of the most vulnerable regions in the world.

"The Ministry of Agriculture... has declared a national emergency in view of the current desert locust upsurge, that poses a major threat to Somalia's fragile food security situation," the ministry statement read.  "Food sources for people and their livestock are at risk," the statement warned.

The locusts have caused major agricultural destruction and hunger.

"Given the severity of this desert locust outbreak, we must commit our best efforts to protect the food security and livelihoods of Somali people," said Minister of Agriculture Said Hussein. "If we don't act now, we risk a severe food crisis that we cannot afford."