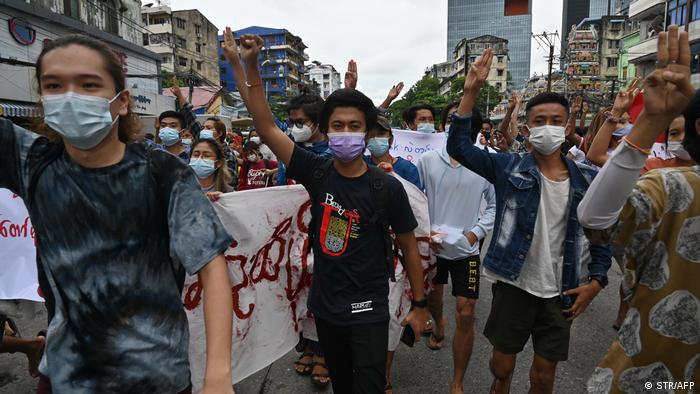 China and Russia blocked the UN Security Council from issuing a statement on the crisis in Myanmar on Friday, according to diplomats familiar with the talks.

The statement, expressing concern at the violence and humanitarian situation in the country, was aimed at pushing Myanmar's military leaders to take steps to resolve the crisis.

The move comes a day after  Russia and China had vetoed a UN Security Council move to implement new sanctions on North Korea after the country's latest ballistic missile tests.

What did the statement say?

The Security Council was briefed virtually behind closed doors by Cambodia's Foreign Minister Prak Sokhonn, the special envoy for Myanmar for the Association of Southeast Asian Nations (ASEAN) and the UN envoy for Myanmar, Noeleen Heyzer.

The proposed press statement, drafted by the United Kingdom, had expressed concern at the "limited progress” in implementing a five-point plan on ending the crisis.

Council diplomats, speaking to the Associated Press on condition of anonymity, said China and Russia objected to parts of the text.

Why did China object?

Following the meeting, China and the United Kingdom blamed each other for the failure of the negotiations.

The Chinese delegation said it proposed "slow" progress rather than "limited" progress on the Five Point Consensus, saying in a statement that this wording "is factual but less condescending," according to news agency AFP.

China also said it was a "real shame" that there was no agreement, adding there was only a slight difference that was "not impossible to overcome.”

The UK said China was asking "too much," which led to the collapse of the negotiations.

Myanmar saw weeks of street protests in the aftermath of the February 2021 military coup that ousted the elected government of Aung San Suu Kyi.

The junta claimed that the general election in November 2020, which Suu Kyi's party won in a landslide, was marred by widespread fraud.

Suu Kyi faces several charges brought against her by the military. She has already been sentenced to 11 years in prison, and also faces more charges that her supporters and human rights activists say are an attempt to discredit her and legitimize the military's seizure of power.

The combined charges against her carry prison sentences that could total over 150 years. Since the coup, more than 1,800 people have been killed in Myanmar in a deadly crackdown on dissent, according to a local monitoring group.